Park the bike and jump on the couch ASBK is on TV! 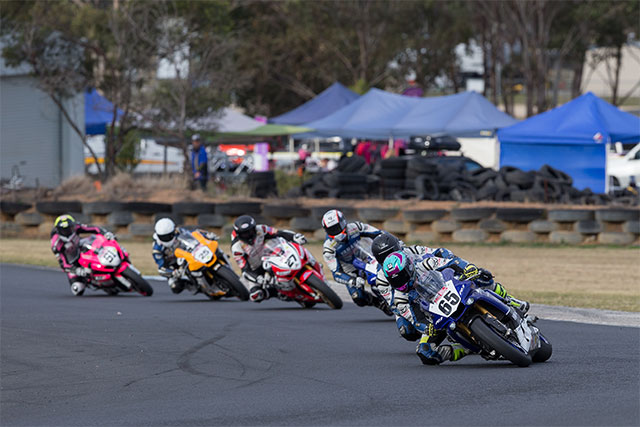 This Saturday the 20th of August from 12:30pm EST the 2016 Yamaha Motor Finance Australian Superbike Championship presented by Motul Pirelli will launch off the grid and on to 7mate free-to-air, in an epic penultimate round showdown.

With the pressure mounting and precious championship points on the board it was up to competitors at Round 5 at Morgan Park in Queensland to put their wheels in motion and secure their chance of a championship chase at the grand finale round at Winton Raceway.

No matter if you were track side or not, now‰Ûªs your chance to sit on your back side and watch the recap of the bar banging, head spinning ASBK action right from the comfort of your own home, as they race around Morgan Park Raceway.

If you can‰Ûªt make in front of your screens this Saturday, then don‰Ûªt fear because on Thursday the 8th of September we have even more action to hit your screens as an extended two hour broadcast of Round 5 of the Yamaha Motor Finance Australian Superbike Championship presented by Motul Pirelli airs on Fox Sports 5 from 9:30pm EST.

If you have missed any of the previous rounds beginning from the first round at Phillip Island you now have a chance on 7mate free-to-air from August the 23rd from 9:00am EST to catch up on all this year‰Ûªs ASBK action. See below for the full list of the dates.


It was a showdown between Crankt Protien Honda Racing and Yamaha Racing Team at round five and with the championship hanging by a thread this round is not to be missed.