Off-Road Motorcycle sales up 10.1 percent in the first half of 2013 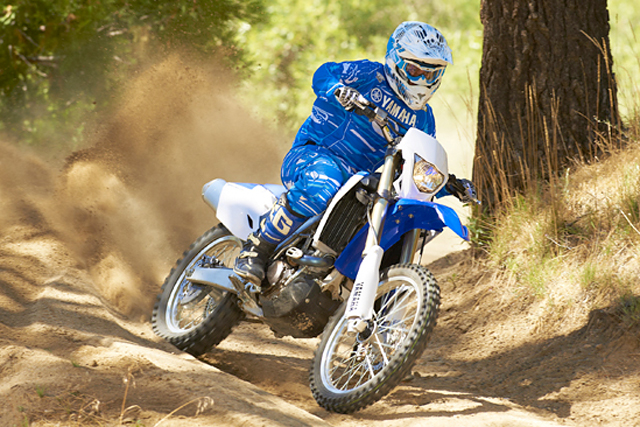 While the Off-Road dirt bike market saw a good gain from the start of January to the end of June 2013, the ATV market suffered a drop in overall sales, with a 4.8% decrease in overall units moved.

Both Husaberg and Husqvarna also saw double digit growth with Husqvarna recording the second biggest increase in sales with a 11.6% increase and Husaberg not far behind with an 11.2% increase.

In fact all major Off-Road Motorcycle manufactues recorded growth in the first half of 2013 with KTM seeing a 8.8% growth, Kawasaki and Suzuki both recorded a 6.8% growth and while Yamaha recorded the smallest growth at 4%, the company still topped the overall sales figures in the Off-Road Motorcycle market, selling 4,719 units compared to 4,538 last year.

Yamaha also had the highest selling individual Off-Road bike, with 795 WR450F's being sold, edging out the Honda CRF50F with 782 units sold. The number one selling Motocross bike for the first half of 2013 was the Honda CRF450R, with 609 units being moved across the nation.

BRP Australia and CF moto both made big gains with increases in ATV sales, with both manufactures recording increases of over 27%

Topping the total units sold in the classes across the Off-Road segment for the first half of 2013 were:

Top Image: The WR450F topped the overall sales chart for Off-Road Motorcycles in the first half of 2013 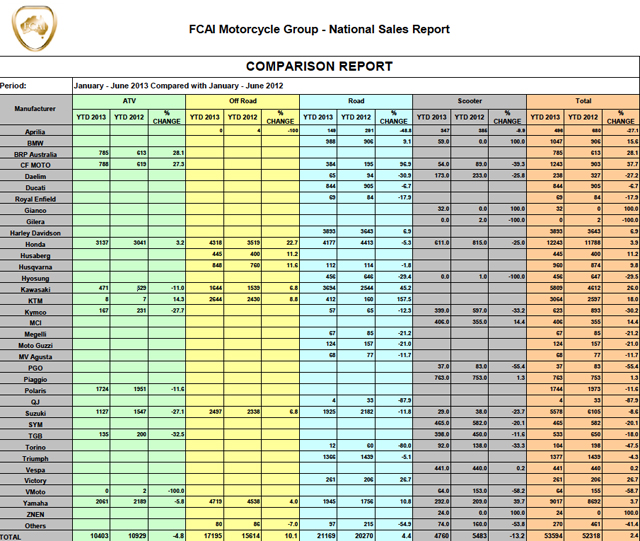