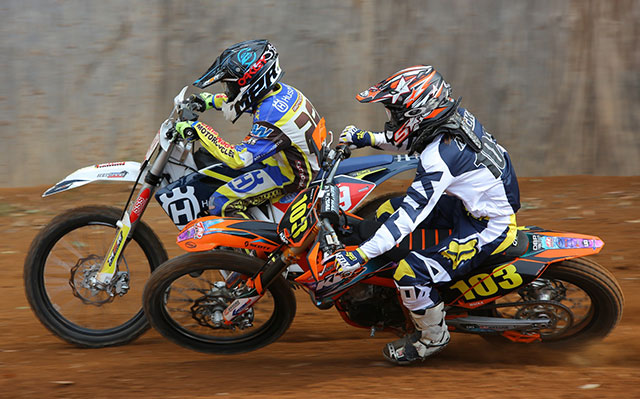 This weekend‰Ûªs 2016 Honda / Tumut Motorcycle Accessories New South Wales Junior Track Championship meeting to be staged at the Allen Park track at Debenham Road North, Somersby will be a very special meeting for a number of the older juniors.

The Central Coast Junior Motor Cycle Club will host this last state championship showdown for 2016 and it will significantly be the swansong in junior competition for some riders.

Competition rules allow for riders to stay in the junior ranks for the remainder of the calendar year in which they turn 16 and it is often the case that riders contest all the championship meetings before they step up in to senior competition.

This weekend‰Ûªs title showdown has, as usual, attracted riders from all over the home state as well as strong representations from Queensland and Victoria.

Any success in championship meetings can help junior riders attract sponsors as well giving them confidence as they progress in to older age brackets.

Each championship class will be decided over a series of heats, before finals on Sunday afternoon.

Those riders in the 13 ‰ÛÒ 16 years classes invariably take much of the spotlight as they are the riders who are closest to moving in to senior competition.

Hunter region riders Mackenzie Childs and Sam Laguzza, Jake Farnsworth from Penrith, Bailey Spencer from Coffs Harbour and Victorian Bryce Holmes will all be having their last shot at a state junior title success.

Childs has been one of the standouts in this age bracket recently but like all of those soon headed in to the seniors will face tough opposition headed by another Hunter rider Billy Van Eerde and Brisbane rider Max Whale.

The entry list across all age groups is headed by riders with many national and state championship wins to their credit.

Benjamin Baker from Cowra, Tom Drane from Forbes, Hayden Nelson from Taree, as well as host club members Senna Agius, Talon Cardinale and Jacob Roulstone will all be out to add to their previous successes.

Besides Max Whale, Rowan Millar and Cyshan Weale lead the Queensland charge, while Max Berry joins Holmes as the major chances among the Victorian entrants.

Practice gets underway on Saturday at 9.30am, while Sunday action starts at 10am. A $10 entry fee per vehicle for the St Johns First Aid will get spectators in for both days, with a receipt issued.