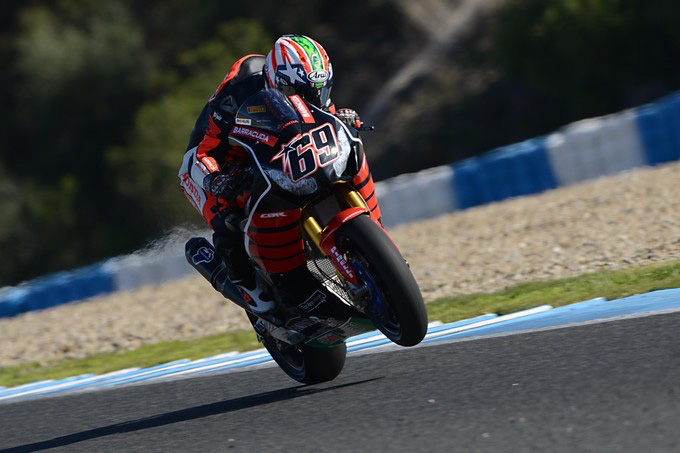 This was the last outing of the year for the Dutch-based outfit before the start of the testing ban, which will mean the WorldSBK teams have to stop their track activities until mid January.

Nicky Hayden made the most of the warm and sunny conditions to continue his familiarisation with the Honda CBR1000RR Fireblade SP. The 34-year-old put in a remarkable total of 250 laps around the 4.423km (2.748 mile) Spanish track over the course of the three days as he worked tirelessly with the team on various aspects of the bike.

The 34-year-old American evaluated new swingarms and tried different geometries, gearing, front fork and rear damper settings. In the afternoon of the final day, Hayden got a successful first taste of Pirelli‰Ûªs qualifying tyres, clocking in with a 1‰Ûª40.193 lap time.

‰ÛÏWe really must be thankful for the weather because, apart from temperatures a bit chilly in the morning, we had really great weather for three days; we needed it after missing so much time at MotorLand Aragon." Hayden commented. "We worked a lot in pretty much every area, because it‰Ûªs still early days.

"We tested a lot of things and the team worked extremely hard over the three days changing wheelbase, gearing and more. They did a huge amount of work. Overall we take some positives out of this test.

"I had great fun on the qualifying tyre today and I was told my time would have been enough to be on pole position here two months ago. It‰Ûªs clear that everybody has made a big step forward already so we still have a lot of work to do. But I‰Ûªm happy and looking forward to everything, let‰Ûªs see if we can keep going this way.‰Û