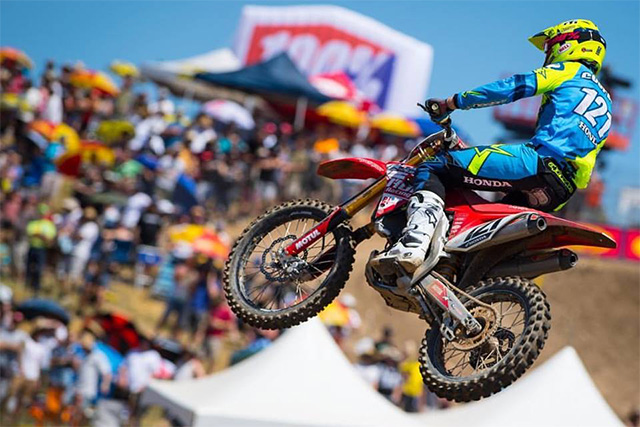 New Zealand have announced their team that will contest the 2017 Motocross of Nations which will take place on October 1st at Matterley Basin in the UK.

Seasoned MXoN campaigner Cody Cooper will once again be in the team along with Rhys Carter and Josiah Natzke.

"It has taken a lot of discussion and we are happy with the team that we have selected," said Motorcycling New Zealand motocross commissioner Howard Lilly.

"I'm looking forward to seeing how the team performs this year and I believe they are capable of achieving a finish among the top 10 countries," said Lilly.

With support from the entire New Zealand motorcycling community and Motorcycling New Zealand, the squad will again be managed by Bevan Weal, the 48-year-old the owner of a Taupo sign and graphics company. "Bring it on I say", said Weal.

"We have had fantastic support again from all of New Zealand's motorcycle clubs, from Greymouth to Invercargill, to Whangarei, Whakatane and New Plymouth. Right across the country the support has been enormous.

"I know these riders will do New Zealand proud. Each of them have already competed previously on the world stage, so they have the experience they need to do the job.

"The Motocross of Nations is the pinnacle event for everyone attending, including myself as team manager. This is an individual sport that is turned into a team sport and there's nothing like it."

New Zealand has been on the MXoN podium on three memorable occasions in recent times ‰ÛÒ at Foxhills, in England, in 1998; at Namur, in Belgium, in 2001 and at Matterley Basin, in England, in 2006.