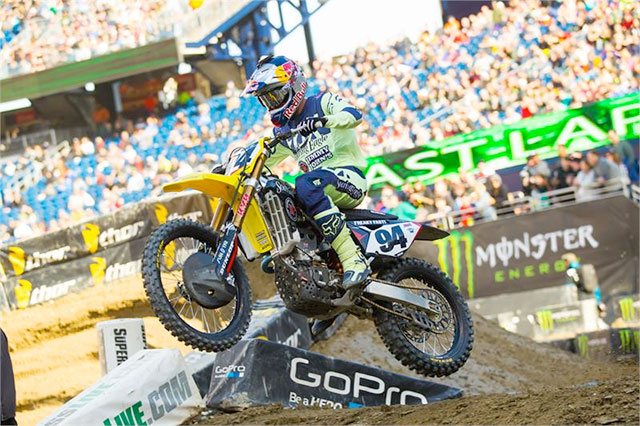 However, following an impressive winning effort by RCH Soaring Eagle/Jimmy John's/Suzuki Factory Racing's Ken Roczen, Dungey's celebration was put on hold for another week. This Saturday, April 30, Dungey will look to clinch back-to-back championships for the first time in his career in the shadow of the iconic New York skyline as Monster Energy Supercross makes its annual visit to MetLife Stadium in East Rutherford, New Jersey for the 16th stop of the 17-race season.

In the Eastern Regional 250SX Class Championship, GEICO Honda's Malcolm Stewart brings a five-point lead into the penultimate race of 2016, continuing his chase of a first career title.