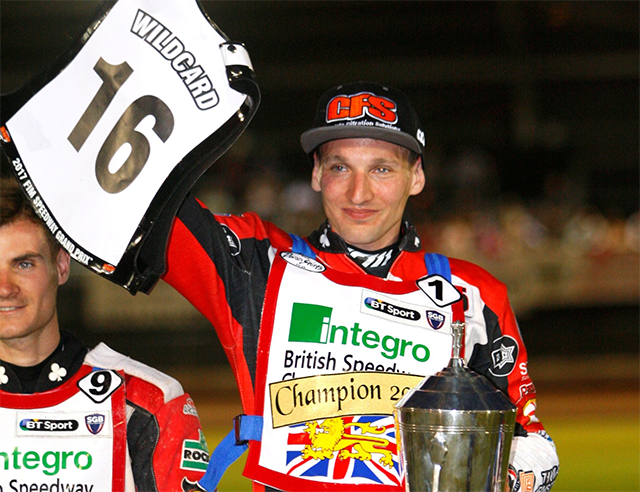 Cook heads to the Welsh capital in the form of his life, having also won the SGP qualification semi-final in Terenzano, Italy on Saturday to secure his place at the GP Challenge in Togliatti, Russia on August 19, where the top three riders earn World Championship places for 2018.

The 30-year-old only launched his career in 2009 at the relatively late age of 21, but has made rapid progress since switching motocross for speedway.

And he believes the time has come for him to make his mark against the best riders in the sport as he steps up his quest to become world champion.

Cook said: ‰ÛÏI believe in my ability. Although I haven‰Ûªt shown it consistently in previous years, I think this is my time. I‰Ûªm getting older. I just need to push on and keep doing what I am doing.

‰ÛÏIf I keep believing and pushing on, there is no reason why I can‰Ûªt get to the top. Age is just a number. If you believe in yourself, anything is possible. I have everything on my side; I have a great team behind me, sponsorship, support from family and fans and a fantastic engine tuner in Peter Johns.

‰ÛÏI have the full package behind me, so hopefully I can go on, achieve and become world champion.