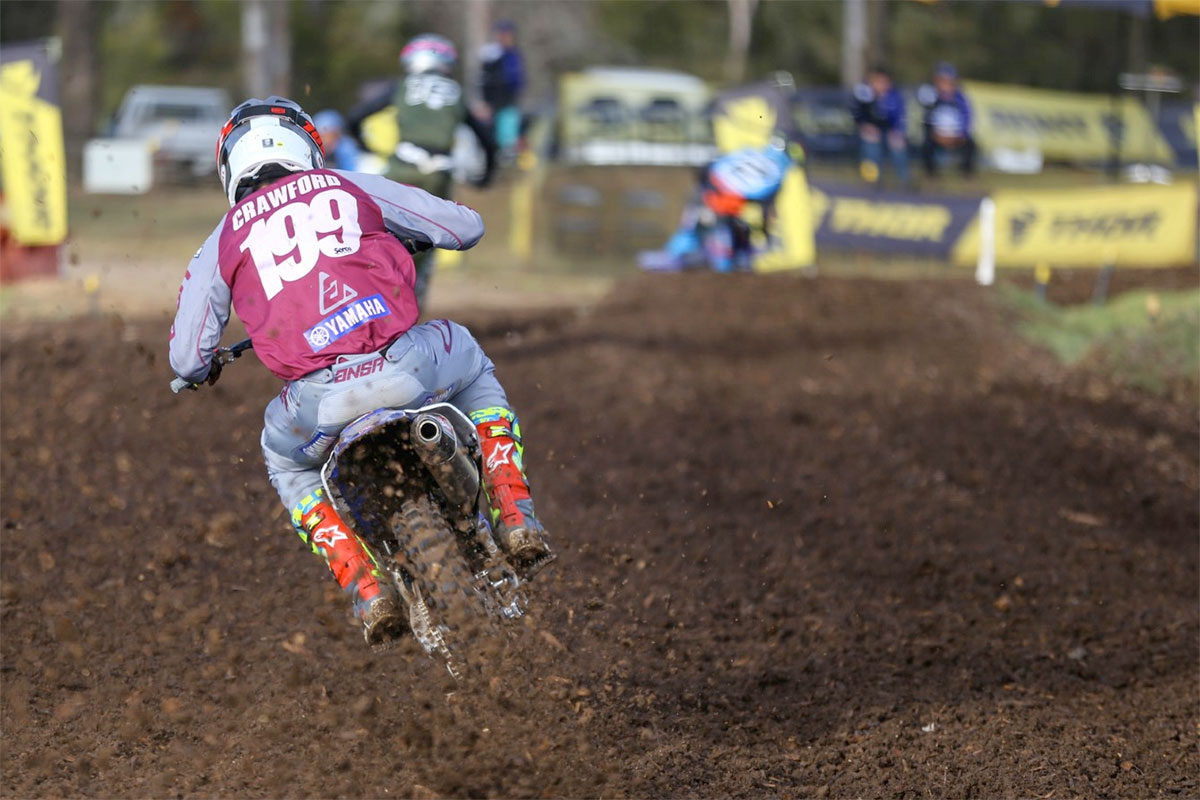 Crawford put together two near perfect races to take the round overall victory with his 1-1 results in the two motos contested and now holds an impressive 23 point lead in series after round two and is brimming with confidence after his amazing performance at Appin over the weekend.

Moto one saw Crawford pick off his main rivals one by one in a relentless attack on the Appin circuit. At the 25-minute mark of the 30minute moto, he clawed his way to the back of race leader, Jay Wilson, and then was able to sneak by with just a few laps to go and take an impressive race victory.

Moto two unfolded much the same with Jay Wilson again leading the way but this time Crawford improved his start and within laps he was again stalking Wilson. He made his move at the half way point and was able to move just a few seconds clear to give him some breathing room on the rutty and challenging layout.

He was able to maintain that margin and take the race win and the 1-1 result for the day was a massive injection into his championship points.

‰ÛÏThe weekend was awesome for me and the Serco team,‰Û 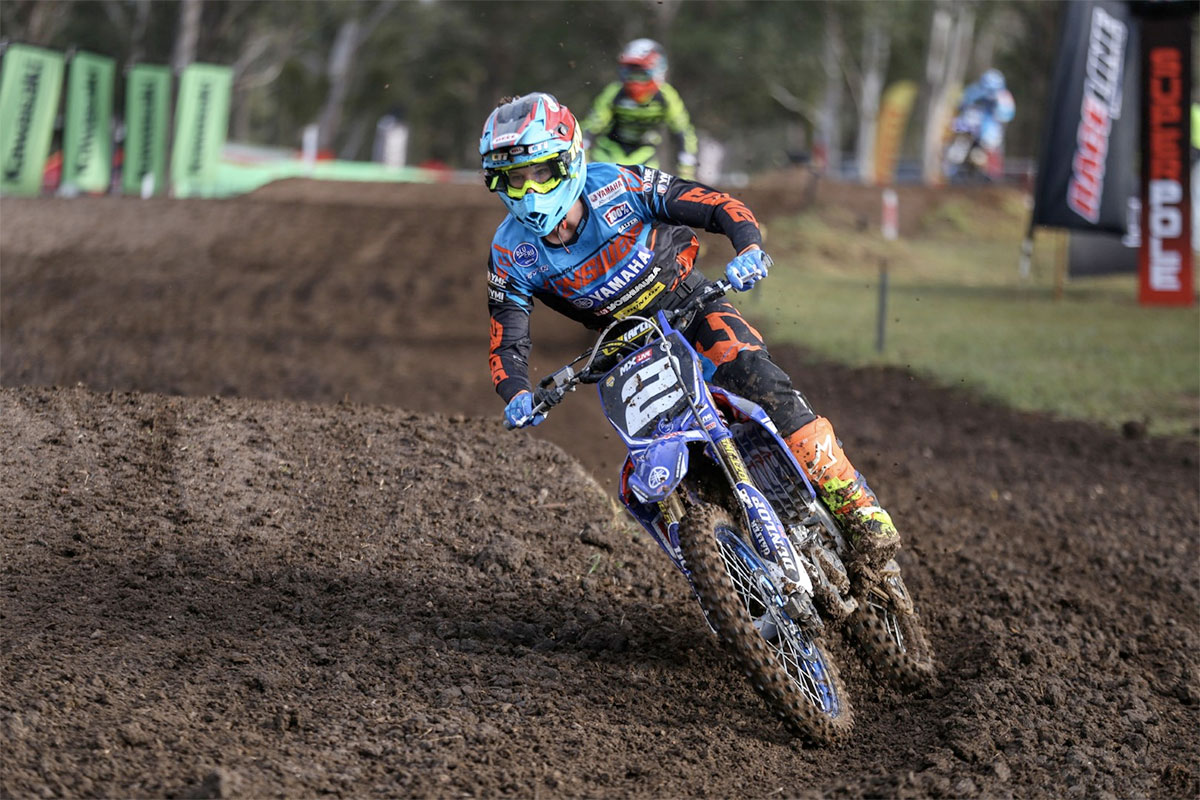 Wilson Todd went to Appin determined to get his season back on track, and thats just what he did. Photo: MXN Images