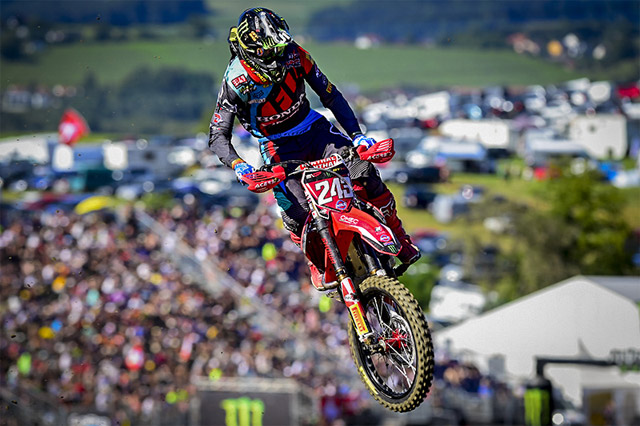 If you love the Motocross of Nations because it‰Ûªs almost the only chance you can see the best of America racing the best in the world, then you‰Ûªre not going to want to miss the penultimate round of the FIM Motocross World Championship, the Monster Energy MXGP of Americas, which will take place at The Dirt Track, at Charlotte Motor Speedway, this Friday, and Saturday night!

The coolest thing about having a race on a one-off man-made track in Charlotte is that it‰Ûªs an equalizer. The Americans don‰Ûªt know the circuit and nor do the Europeans, so it will come down to who can adapt the quickest. The track is surrounded by grand stands that guarantee amazing views of the track, which will be sick for the fans that come out and offer their full-throated support for the fastest riders in the world.

If everything goes to plan, Honda Gariboldi‰Ûªs Tim Gajser should clinch the MXGP title this weekend, which will make him the first rider to take back-to-back titles in different classes since Greg Albertyn when he won the 125cc title in ‰Ûª92 and the 250cc title in ‰Ûª93. Gajser didn‰Ûªt just push the boundaries this year; he leapt right over them and left them in the dust. The Slovenian is nothing short of incredible and it‰Ûªs going to be exciting to see how his raw speed stacks up against the stars of America this weekend.

Red Bull KTM Factory Racing‰Ûªs Antonio Cairoli tends to like these new venues, and has recently been on the pace. Last year he came back from injury and tried to race Glen Helen where he randomly set the fastest lap times in the races, but pulled out because ‰Û÷he wasn‰Ûªt fit enough‰Ûª, in his words. This time round, he‰Ûªs fit, and he‰Ûªs fast, he will be a podium threat.

There‰Ûªs a good chance that Monster Energy Yamaha Factory Racing‰Ûªs Romain Febvre is already thinking about 2017, when he can have another shot at the title. The same can be said for fellow Frenchman Team HRC‰Ûªs Gautier Paulin, who spent the winter out here in the United States training with the most famous trainer in the industry, Aldon Baker. While both Frenchies are frustrated with how their year has panned out, they are hard-core racers and will be in it to win it here at The Dirt Track.

Monster Energy Kawasaki Racing Team‰Ûªs Clement Desalle finally watered his grass after a two-year drought when he topped the box at the MXGP of The Netherlands last weekend. Desalle has been through the wringer this year with injury and at the same time, he has been trying to adapt to a new bike. He mentioned in the press conference last weekend that it has taken longer than he expected to feel comfortable on the bike, but they‰Ûªve finally found a set-up that works for him. We‰Ûªll give him a ‰Û÷watch this space‰Ûª label for this round.

Arguably one of the most anticipated riders to race MXGP this weekend is Monster Energy Kawasaki‰Ûªs Eli Tomac who has never raced a round of the FIM Motocross World Championship before, although he has raced the Monster Energy FIM Motocross of Nations in 2013 and 2014.

It‰Ûªs always exciting to see Autotrade Monster Energy Yamaha JGR Racing‰Ûªs Justin Barcia on the entry list and the same can be said for Monster Energy 360 Fly Chapparal Yamaha‰Ûªs Chad Reed who will be back to try his hand at MXGP, except this time it will be on American soil.

Red Bull KTM Factory Racing‰Ûªs Dean Wilson is likely going to be out to prove a point this weekend since he was not picked to represent Team Great Britain at the Monster Energy FIM Motocross of Nations. So that could make for an interesting race between he and his fellow Brits Wilvo Virus Performance KTM‰Ûªs Shaun Simpson and Monster Energy DRT Kawasaki‰Ûªs Tommy Searle. 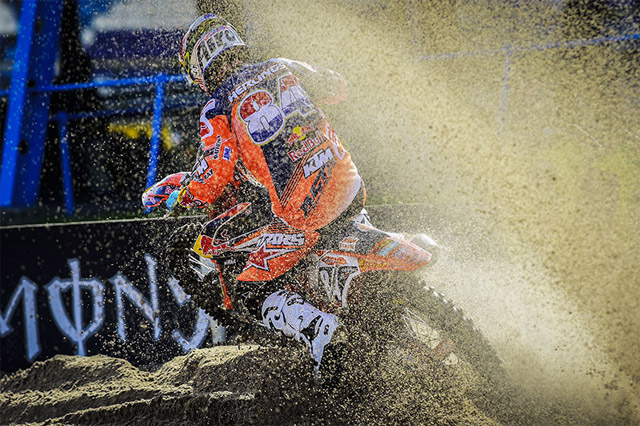