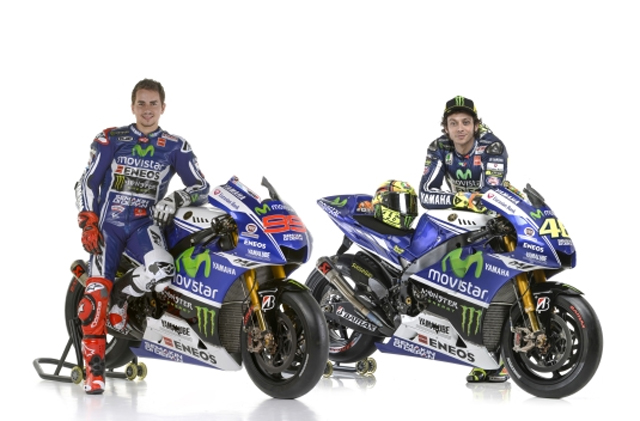 Movistar Yamaha MotoGP kick started the Qatar MotoGP weekend by taking the covers off the 2014 YZR-M1 in front of the world‰Ûªs key motorcycle media.

The first two months of the year have seen a flurry of activity for the team, highlighted by the recent ground breaking five-year title sponsorship agreement that launches the team Yamaha Movistar MotoGP ahead of the 2014 season.

The new year has also seen the announcement of other new sponsors to the Team including EURASIAN BANK and FIAT PROFESSIONAL along with renewals and continued partnerships with ENEOS, SEMAKIN DI DEPAN (Yamaha Motor Indonesia), MONSTER ENERGY, SUISSEGAS, YAMALUBE AND TW STEEL.

Pre-season testing on track has been very positive. With the exception of a rear grip issues at Sepang, both Lorenzo, Rossi and the 2014 YZR-M1 have shown great promise and speed in the shakedown ahead of this season‰Ûªs title challenge.

Now the wait is over and the riders will take to the track under the floodlights of the Losail circuit in Qatar in just 24hrs to begin practice for round one of the 2014 MotoGP World Championship, the Commercial Bank Grand Prix of Qatar. 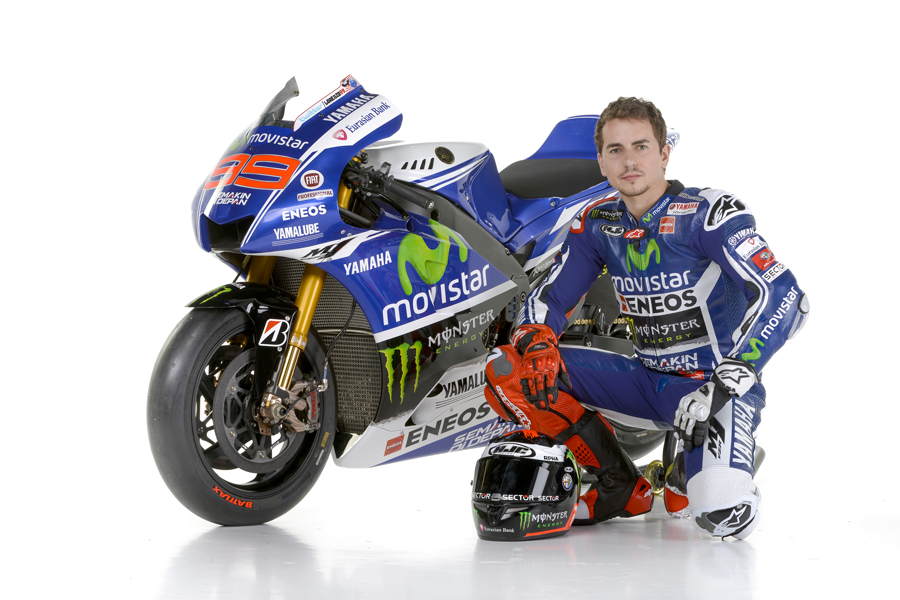 Jorge Lorenzo and his new look for 2014 - Credit: Yamaha Racing
The track has proved to be a great season starter for Lorenzo, the double premier class world champion having taken consecutive victories in the last two races. Lorenzo has always started from the front row and never finished off the podium in Qatar.

"Finally we can start the engines!" Lorenzo enthused at the team bike unveiling. "The forth coming championship is about to kick off and that sounds great after a long winter.

"As we were able to improve our performance at Phillip Island with the new tyres I feel quite confident for the very first race. I undertook three surgeries during the wintertime to take out some plates and metal pieces from the collarbone and the hand so I returned to full fitness quite late. In general I feel nearly at 100% and I guess in Qatar we won‰Ûªt have any problems to push to the maximum.

"Concerning the track needless to say this is a good layout for both my Yamaha and me. I won here the past two races in a row and this is a circuit that suits in a good way the M1. The only thing we have to wait and see is the behaviour of the new tyres; especially on this surface; there is usually plenty of sand because it‰Ûªs surround by the desert.

"The championship is going to be even tighter than last season was and at the beginning just MÌÁrquez begins as the favorite contender." Lorenzo continued. "Afterwards I guess Dani or me are in a good position but also Valentino who is even hungrier than in 2013. Regarding Marc‰Ûªs pace we should wait before saying anything about it. He is so strong and quick. 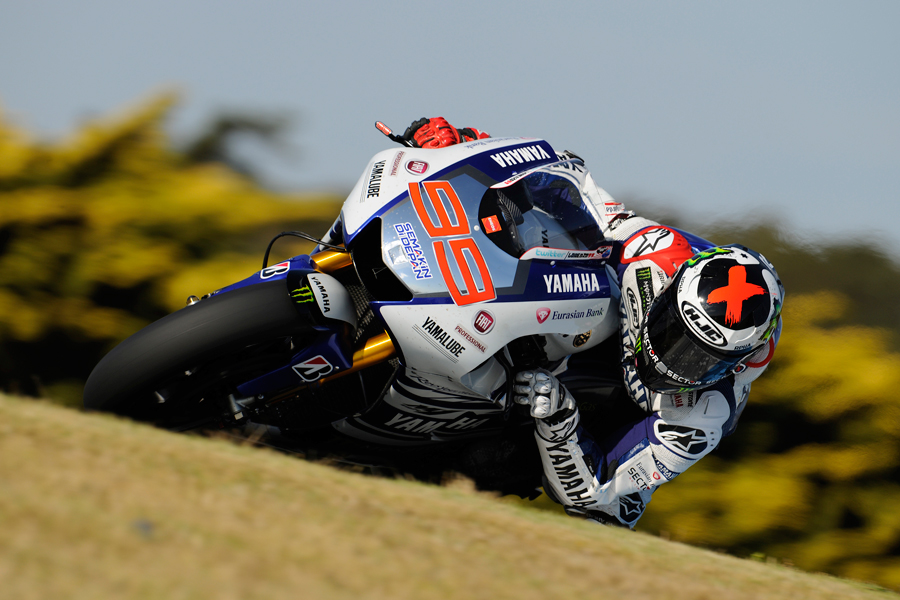 Lorenzo will be aiming to make it his third consecutive win at Qatar this weekend - Credit: Yamaha Racing
"Maybe he won't start at a perfect level but I‰Ûªm pretty sure he is going to be close to 100%. This 2014 season is going to be exciting and thrilling. I start in a very good position, filled with positive energy and optimism.

"The bike with the new changes is working really well and we solved the little problem of the engine, fixing the electronics in order to mitigate the aggressive behaviour on the starts.

"Now it's response is softer than at the beginning of the season in Malaysia and also we can count on a "complete" seamless gearbox, that is also a good news for us. I‰Ûªm really looking forward to tomorrow, following the unveiling of the new Movistar Yamaha MotoGP livery.

"I love the new bike and the new colours. Posing with the new bike today has been the best incentive to kick-off the season!" 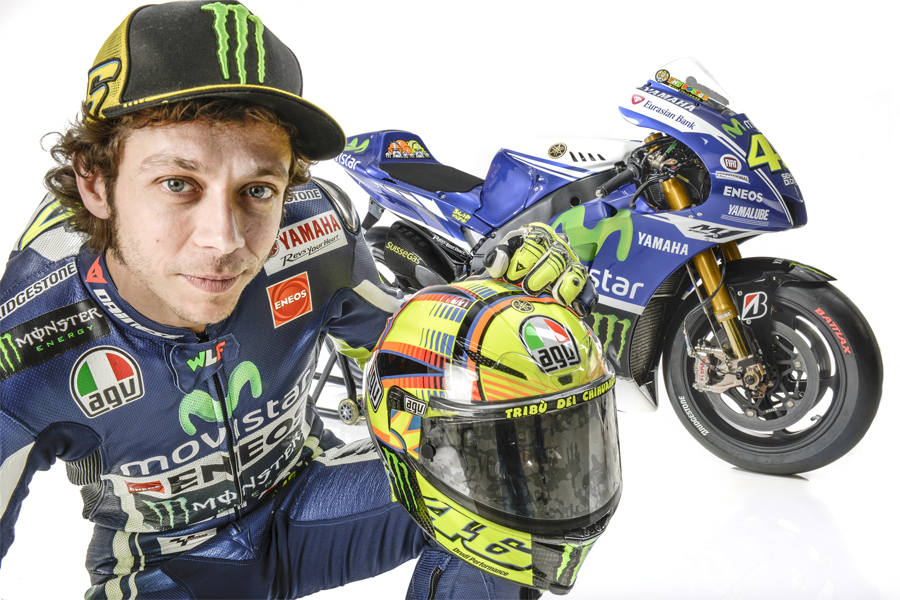 Valentino Rossi and his new look for 2014 Credit: Yamaha Racing
Nine-time world champion Rossi has an equally impressive record at the Losail circuit, claiming three wins and taking second last year after a fantastic battle with then rookie Marc Marquez in his first MotoGP race.

"I‰Ûªm so happy because we are finally here at the start of the first race weekend of the year." Rossi commented. "We have worked very hard in the testing to make some of my issues from last year better and we have found some really good speed.

"I have been able to be very competitive and been with the fastest riders during testing. I‰Ûªm very happy with the work done to my M1 over the winter that has helped me to be fast; we have a competitive bike to fight for the podium this weekend. I have a great feeling with the bike and I can‰Ûªt wait to start the season tomorrow.

"Our competitors are also quite fast and so I think there are going to be some very exciting races. I am really looking forward to some great battles and fighting for the podium!

"When I received the news of the arrival of Movistar, I was very happy. It is a great thing to start the year with such a fantastic sponsorship announcement. We must all be very happy for that. Yamaha are very excited, and I am as well. I hope that Movistar will enjoy the journey with us this year and bring luck and podiums!

"Surely it is a greater incentive to do even better. As for the bike and the new livery, I like it a lot. It‰Ûªs really nice, really ‰ÛÏracing!‰Û 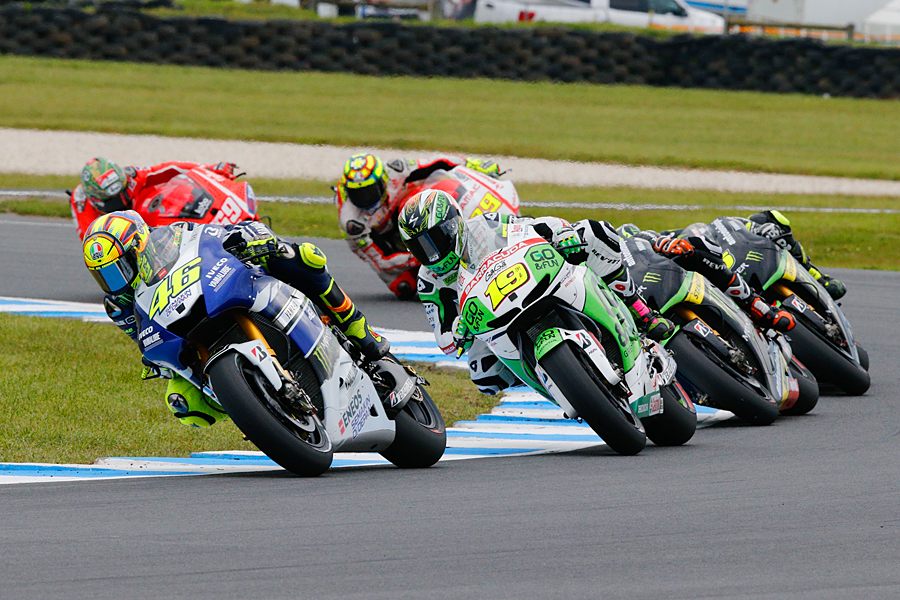 Valentino Rossi is looking forward to getting back on the race track for the first time since the 2013 Finale at Phillip Island - Credit: Aaryn Minerds
Built in the desert on the outskirts of Qatar‰Ûªs capital city Doha, the Losail International Circuit has hosted a MotoGP round since 2004. The track celebrated the first ever night-time Grand Prix in 2008 and continues to be the only night race on the calendar.

The 5.4km track is well suited to the YZR-M1 with a fast flowing nature. With a main straight over a kilometre in length and a combination of medium and high-speed corners the track is guaranteed to provide an exciting spectacle to start the season.

Unlike normal race weekends this weekend‰Ûªs practice will be run from Thursday to Saturday, ensuring the riders get the optimum track conditions in the evening sessions.

Top Image: Movistar Yamaha MotoGP kick started the Qatar MotoGP weekend by taking the covers off the 2014 YZR-M1 in front of the world‰Ûªs key motorcycle media.