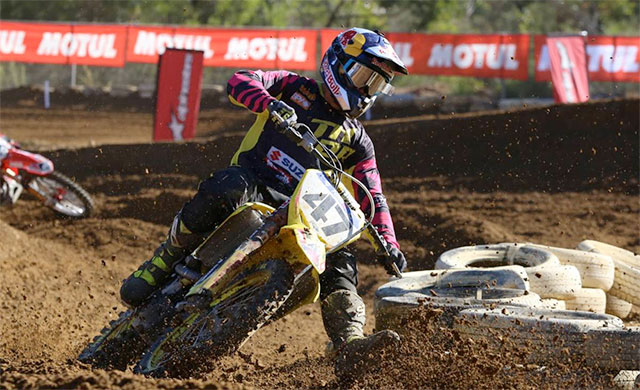 Wilson Coolair Motul Factory Suzuki riders will have their first opportunity to compete in their home state of Queensland this weekend, when the seventh instalment of the 2016 Motul MX Nationals takes place at Green Park at Conondale this Sunday July 17.

After a difficult round six of the championship at Nowra, the home state round couldn‰Ûªt have come at a better time for MX1 Suzuki pilots Luke Wilson and Todd Waters, with the pair both living only two and a half hours from the track.

Waters, who currently sits in third position in the Thor MX1 Championship standings, is looking forward to finally having a round of the championship in Queensland, and says that he has plenty of memories of racing at the picturesque Green Park venue.

‰ÛÏComing off the last round at Nowra I was pretty disappointed, but we‰Ûªve put that all behind us now. We‰Ûªve done a lot of testing with Jason Corney and Jay Foreman in the past two weeks so I‰Ûªm feeling good,‰Û