MotoAmerica Teams Will Test At Circuit Of The Americas 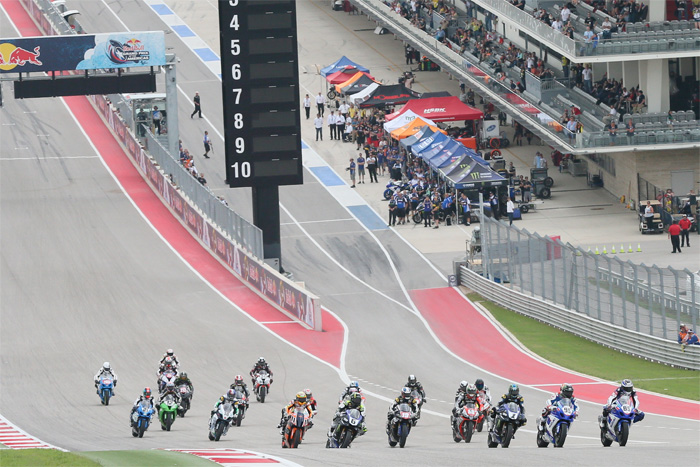 MotoAmerica and Dunlop, the spec tire provider of the 2016 MotoAmerica AMA/FIM North American Road Race Series, will co-host a two-day test at the Circuit of The Americas (CoTA) in Texas, March 23-24, in advance of the MotoAmerica series opener three weeks later at the immaculate facility in Austin.

The MotoAmerica Pre-Season Test powered by Dunlop is open to all AMA licensed competitors in Superbike, Superstock 1000, Supersport and Superstock 600 and will serve as the final shakedown test prior to the opening round of the 2016 series at Circuit of The Americas, April 8-10. As was the case in its debut season last year, the MotoAmerica Series will race in conjunction with the MotoGP World Championship in the Red Bull Grand Prix of the Americas.

"We're looking forward to heading to CoTA again to test," said MotoAmerica partner Chuck Aksland. "Last year's test there was productive for the teams and for MotoAmerica as we embarked on our first season. This year we're looking to making things bigger and better and it all starts again in CoTA. Dunlop has really stepped up in preparation for the new season and this test will give our teams and riders a chance to try the latest tires at the same venue where we will open the season."

Dunlop held a tire test at Thunderhill Raceway Park in Northern California in December and brought over 400 tires - with 12 different spec fronts and 14 different spec rears - so there will be plenty of tires for the teams to test at Circuit of The Americas.

"It's great to hear that we get the chance to test at CoTA before we start the season there," said MotoAmerica Superbike Champion Cameron Beaubier. "It's always good to test where we race so I'm looking forward to the test. We had some great battles in Texas to start the season last year and I expect more of the same this year. We need to be ready and bring our A game and the test is the first step to doing just that."

Top Image: MotoAmerica Teams Will Test At Circuit Of The Americas