Monster Energy Honda Team, en route to Argentina after the success in Atacama 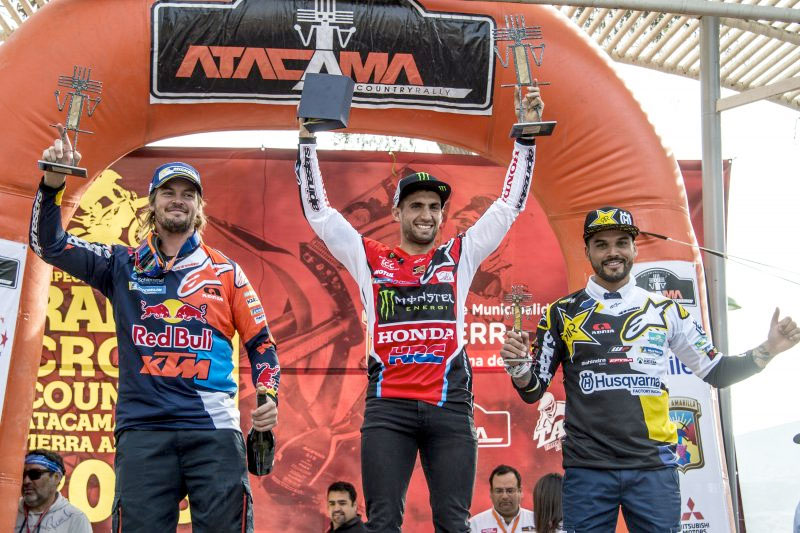 Winner Kevin Benavides, Runner-up Toby Price and Pablo Quintanilla on the podium. Photo: Rally Zone
There will be little rest for the Monster Energy Honda Team who, after the successes achieved in the Atacama Rally, head off to Argentina to tackle the next great world championship challenge: the DesafÌ_o Ruta 40.

Kevin Benavides stormed to a decisive and convincing victory this week in Chile, where after five days of racing, the rider clinched top honours in the Atacama Rally. This marks the first time that the team and the Honda CRF450 RALLY have triumphed in the gruelling competition across the Chilean desert. Likewise, after seven years of competition, the Argentinean rider‰Ûªs win sees the first non-Chilean name inscribed in the rally‰Ûªs roll of honour.

Paulo GonÌ¤alves occupied a sixth final position after regaining top-level pace after several intense months of recovery from the injuries that had forced the Portuguese rider out of the most recent Dakar. Paulo experienced some navigational hiccups on the first day‰Ûªs racing but never looked back.

Jose Ignacio Cornejo went from zero to hero at this Atacama. The Chilean rider recovered from a crash on day one and improved day by day to finish seventh overall.

American Ricky Brabec had to take the rough with the smooth in the Chilean desert. The ninth overall place was partly due to the sanction given for not correctly validating a waypoint on the third day.

The Monster Energy Honda Team are now poised to cross the Andes to take part in next week‰Ûªs DesafÌ_o Ruta 40, the fourth event whose points count towards the FIM Cross-Country Rallies World Championship.

Ruta 40 will start with a prologue in San Miguel de TucumÌÁn next Sunday, August 26 and finishes in San Juan on Friday 31. By the time competitors have ridden across four Argentinean provinces, they will have clocked up over 2285 kilometres, including 1421 kilometres against the clock. After having receiving logistical support in Chile, for next week‰Ûªs competition in Argentina, Monster Energy Honda Team will again count on the logistical support from Honda Motor Argentina. 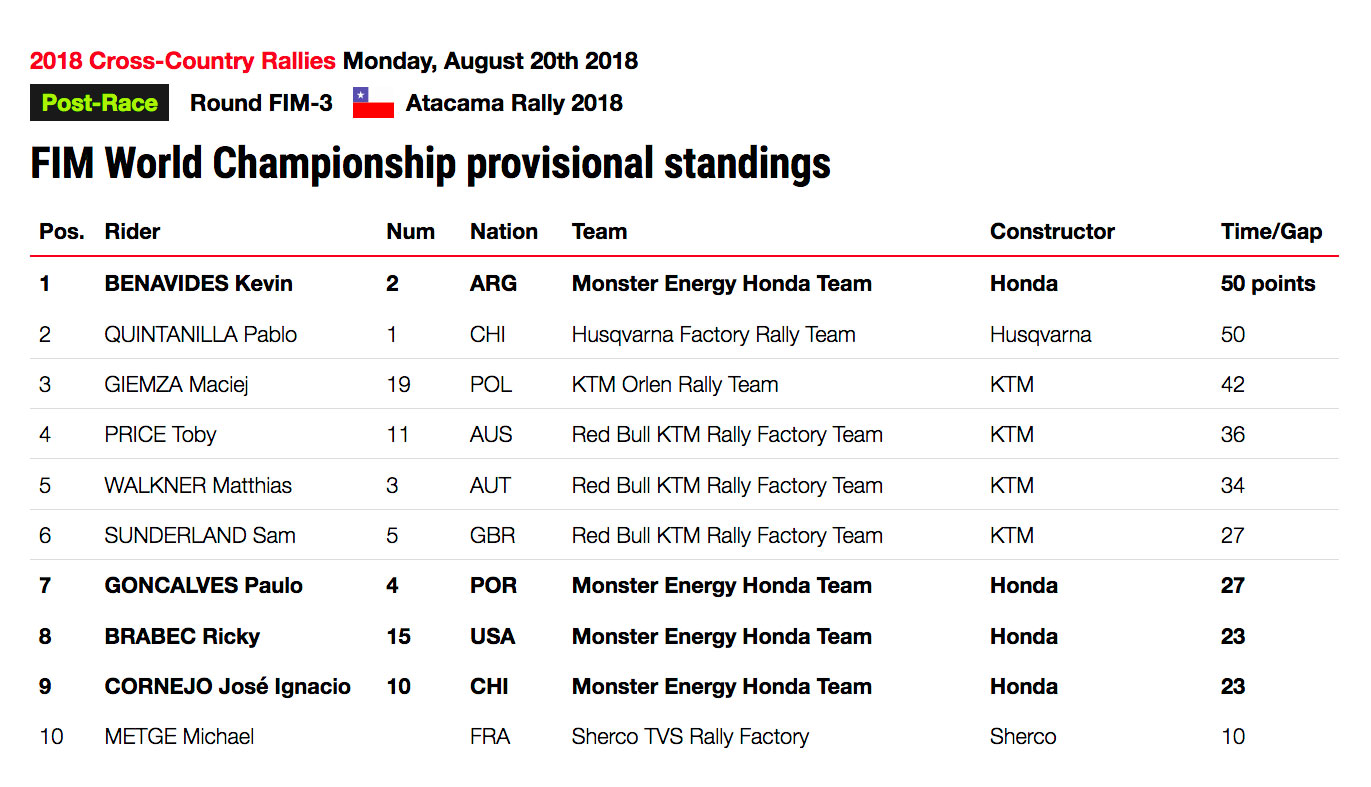