Milner, Sanders, Styke and Driscoll make it two in a row at AORC round 2 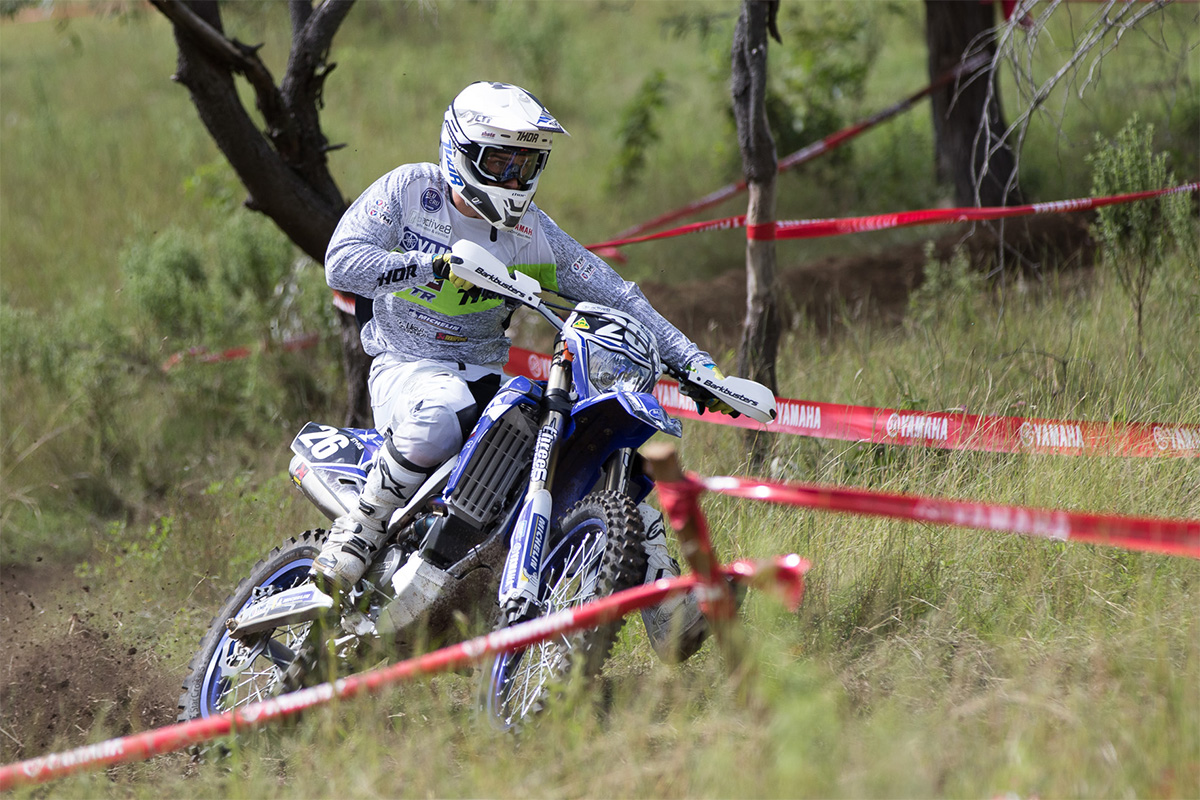 Active8 Yamaha Yamalube Off-Road Team's Luke Styke made a spectacular debut in the the Yamaha AORC winning both opening rounds of the E1 class on debut. Photo: John Pearson Media
SSunday was a great day to cap off a phenomenal opening weekend of Yamaha Australian Off-Road Championship (AORC) where the second round of the championship was run at Gympie QLD..

Taking the victories for Rounds 1 and 2 on both Saturday and Sunday were Daniel Milner (E3) Daniel Sanders (E2) Luke Styke (E1) and Michael Driscoll (EJ). Sanders posting the quickest elapsed time on the test track on Sunday.

E3
Daniel Milner of the KTM Enduro Team was once again the leading man for the E3 class on Sunday. The rider that offered the greatest challenge to Milner was Husqvarna Enduro racing Team‰Ûªs Lachlan Stanford. The gap that separated Milner and Stanford was 88 seconds with Milner registering a 53:38.468 and Stanford a 55:06.916 to finish the day. The final podium placer for today was Broc Grabham. Grabham with his 56:16.507 was 69 seconds off the pace of Stanford.

E2
The rider of the day had to go to Daniel ‰Û÷Chucky‰Ûª Sanders, as he was the fastest on the WR450F track and his class. ‰Û÷Chucky‰Ûª had phenomenal speed yesterday, but several falls hindered his true potential. Husqvarna Enduro Racing‰Ûªs Sanders took a 48 second victory to Active8 Yamaha Yamalube Team‰Ûªs, Josh Green. The times for these pair being 53:29.353 (Sanders) and 55:06.916 (Green). The final podium placing went to Lyndon Snodgrass of the KTM Enduro Team.

Sanders sharing; ‰ÛÏIt was a great day today, I injured my hand slightly yesterday but we managed to overcome it. We went in with a plan to attack the track as hard as possible and give it all we‰Ûªve got. The Husqvarna machine was unreal!‰Û 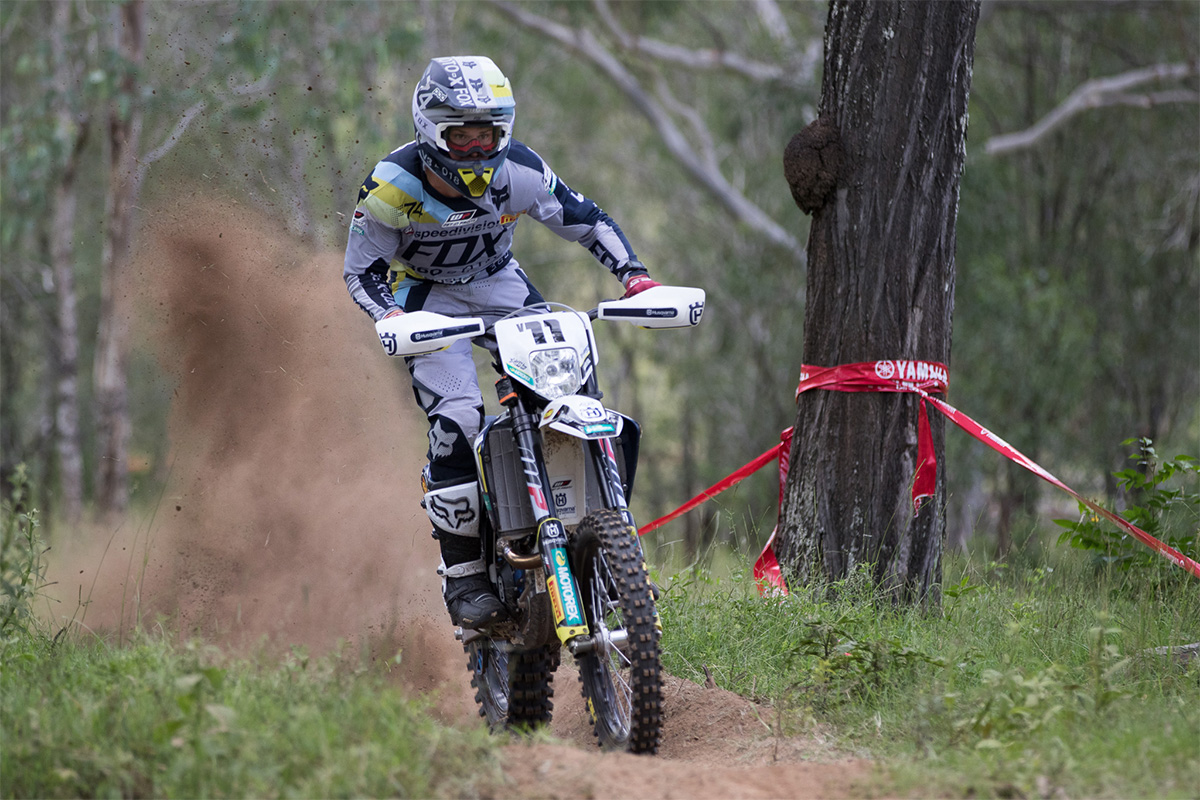 Victorian Daniel Sanders made it a double in the E2 class by taking the win ahead of Yamaha's Josh Green and posting the quickest elapsed time Sunday. Photo: John Pearson Media
E1
Luke Styke of the Active8 Yamaha Yamalube Team is showing all the signs that his transition to Enduro from Motocross was a brilliant idea. Styke reigned supreme as a back to back winner for Rounds 1 & 2. The Yamaha rider completed the WR450F track in 55:01.233. Coming second was Jack ‰Û÷Simmering‰Ûª Simpson on his KTM machine. The difference between winning and losing being 27 seconds. Husqvarna Enduro Racing Team rider, Fraser Higlett completing the podium with an elapsed time of 55:33.463.

Styke saying; ‰ÛÏToday went really well and I ended up winning my class. We made a few changes to the bike over the weekend and they were beneficial. I didn‰Ûªt have much nerves about my first AORC race, I‰Ûªve worked super hard over the off-season. The track today was a lot tighter than yesterday but our setup worked so well on Saturday so we maintained it.

EJ
It was always going to take an almighty effort to beat rising star Michael Driscoll and he managed to win by a convincing 76 seconds. The greatest challenger to Driscoll was recent graduate from the Junior classes, Joshua Brierley. The times for these two competitors were 55:54.499 (Driscoll) and 57:10.631 (Brierley). Corey Hammond also maintained his third place finish from yesterday with a 58:38.096.