Miller and Rabat ready to star in Spielberg thriller 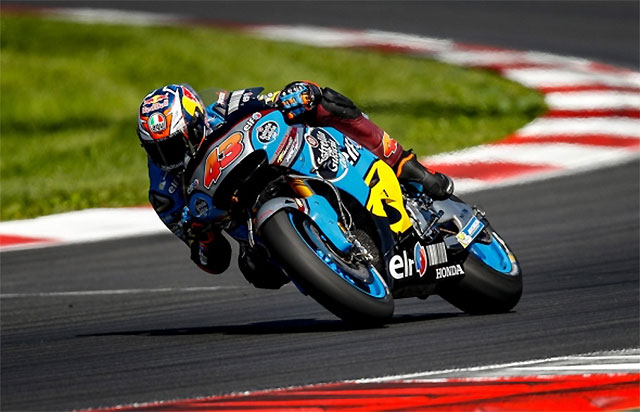 Team Estrella Galicia 0,0 Marc VDS riders Jack Miller and Tito Rabat are ready to kick off the most intense period of the 2016 MotoGP World Championship when they return from the three-week summer break at the Spielberg track in Austria.

This weekend‰Ûªs 28-lap battle commences a sequence of nine races in 14 weeks, and none will be more challenging than the super-fast and undulating 4.318km Spielberg venue.

Australian Miller is aiming to continue his recent purple patch after recording three successive top 10 finishes, which included a famous win at the Dutch TT in Assen.

A recent two-day test at the Spielberg track gave Miller the perfect opportunity to reacquaint himself with the circuit, which he raced at during a spell in the German 125cc Championship back in 2011.

Miller was happy with the progress made on tailoring the set-up of his Honda RC213V to meet the specific demands of the Spielberg track, which features just 10 corners and a short lap time of just over 80 seconds.

‰ÛÏAfter a relaxing summer break I‰Ûªm raring to get started again in Austria and build on the performances of the three previous races," Miller said.

"I ended the first half of the season really strongly, so it will be important to keep the momentum going. It was nice to try the track out in Austria before this weekend at the recent test and I was able to put in a really strong race rhythm there. We need to wait to see what the tyre allocation is from Michelin but tyre life at the test was not an issue for me.

"It will be an interesting race because it is a horsepower track. That might help the red bike a little more than our package but like always I‰Ûªm ready and motivated to give it a good go. This is the first race this year that I am going into with a lot of confidence and at 100% fitness with a good feeling on the bike, so I‰Ûªm really keen to get going again.‰Û 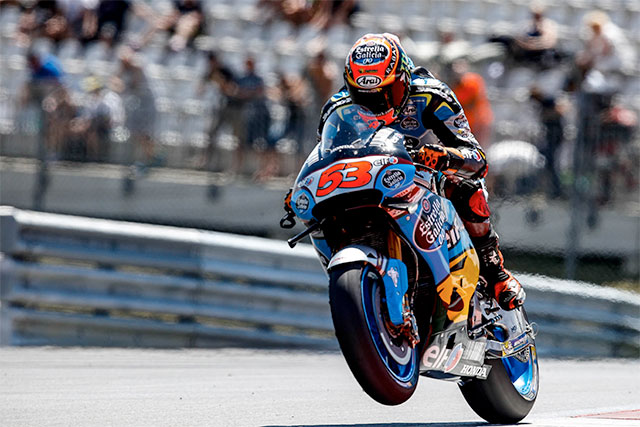 Tito Rabat
Perfect weather conditions at the test in late July enabled Spaniard Tito Rabat to familiarise himself with the Spielberg layout. He was also delighted to make a significant breakthrough in finding more front-end confidence after a promising first half to his rookie premier class campaign.

‰ÛÏIt has been a good summer break and I took one week off completely to fully recharge the batteries but now I am ready to get started again and I‰Ûªm looking forward to riding in Austria," Rabat enthused.

"I really liked the circuit when I tested there and it will be good to go with some experience of the layout. It looks like the Ducati will be particularly strong but I must focus on the performance of the rest on Honda to understand my level more. The test was my best of the season and I go there full of motivation. I gained a lot of experience in the first half of the season and my target for the second half is to improve in all aspects. I‰Ûªll be looking to be stronger in qualifying and be close to Q2. And I‰Ûªll be looking to finish in the points on a more regular basis and to finish all the remaining races.‰Û