Mike Jones and Crazy Dogs Kawasaki Come Together For 2014 Season 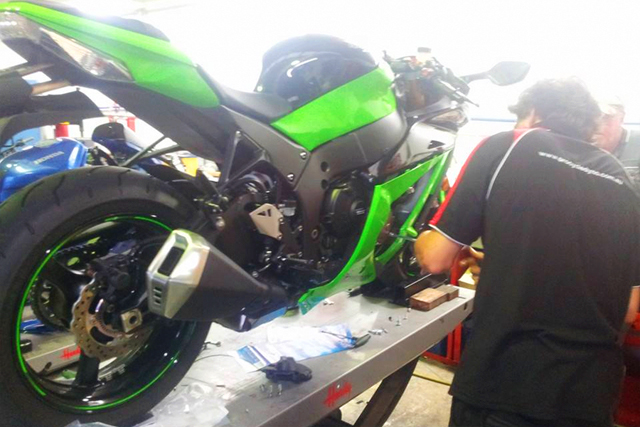 Mike Jones has confirmed his entry into both the Australian and Australasian Superbike Championships in 2014 in the 1000cc Superbike category, partnering with Brisbane based Crazy Dogs Kawasaki for the new season.

Jones will contest the events in Australia, aiming to further develop his experience against the country‰Ûªs best riders.

Jones‰Ûª new association with Japanese brand will see him aboard a Kawasaki Ninja ZX10 for the two series‰Ûª, with events take place around Australia, including competing alongside selected rounds of the V8 Supercars within the Australian Superbike Championship.

‰ÛÏI‰Ûªm very excited to be racing in the Superbike category on a Kawasaki Ninja ZX10. I look forward to developing my skills as I plan to spend as much time in the seat as possible." Jones stated.

"Whilst this year will primarily be about learning, I‰Ûªm confident that I‰Ûªll be on the pace towards the end of the year,‰Û