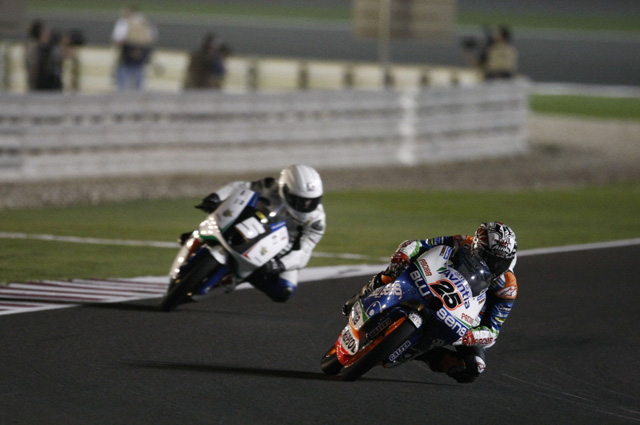 In his first grand prix, the 16-year-old Italian showed poise beyond his years to lead the first five laps while the 17-year-old Vinales looked for openings.

Soon the pair made the race their own and swapped the lead back and forth. Fenati last held it on lap 11, after which Vinales took control for good.

"I am very satisfied with the job that the team and I did this evening." said Vinales. "We have worked really hard for this."

"We always try and work with the race in mind and it went well for us. Ending last season with a win and starting the new season with another is something very important. I think that I had a very consistent race." he added

"I was taking things steadily until I saw Fenati escape -then I had to make a big effort to try and cut the gap. I have to congratulate him for his race as well, because he rode really well." Vinales concluded.

Fenati aboard his FMR-FTR Honda was surprised by his podium finish at the opening round and will look to repeat the performance at round two in Jerez.

"I was not expecting the podium, but we worked very hard this weekend. The race was good, we fought with Maverick - he's so fast. Now we hope to do our best once again at Jerez."

KTM rider Sandro Cortese finished on the final step of the podium. 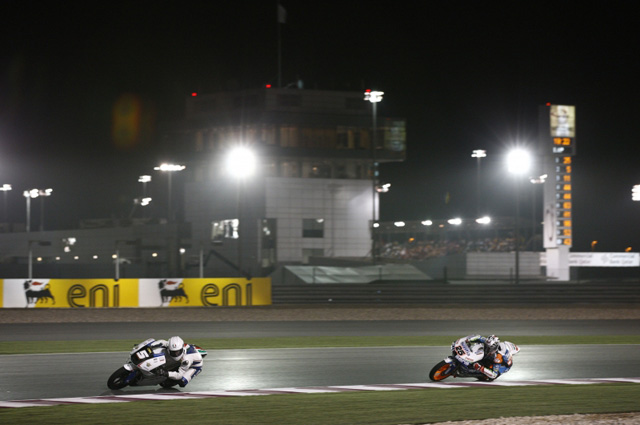 Main Photo: Vinales on his way to Victory. 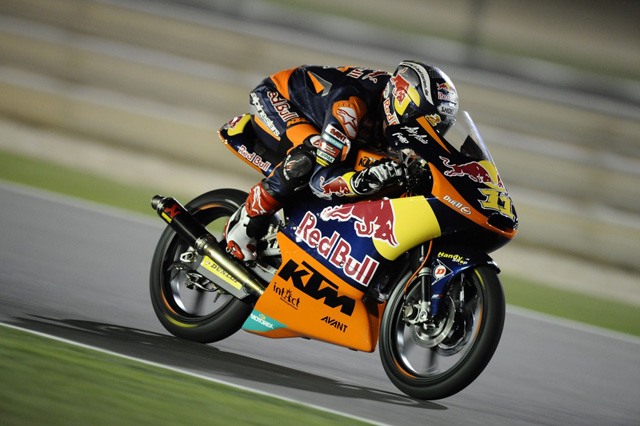 Cortese rounded out the podium at Qatar and was the first of the KTM riders across the line.