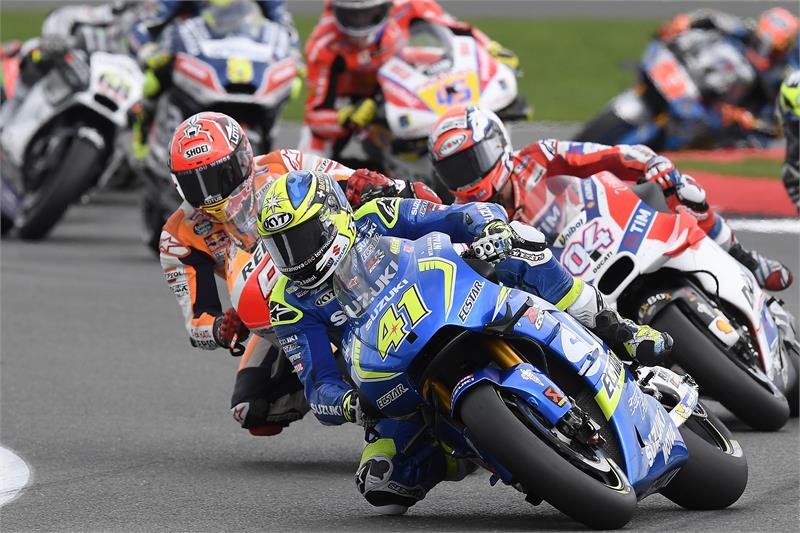 Maverick ViÌ±ales dominated the British Grand Prix at Silverstone in the UK with a spectacular start-to-finish victory aboard his Team SUZUKI ECSTAR GSX-RR, winning by more than three seconds

It was the 21-year-old Spaniard‰Ûªs first ever victory in the premier class and Suzuki‰Ûªs first in the modern-day MotoGP‰ã¢ format since Chris Vermuelen at a ‰Û÷wet‰Ûª Le Mans race in France in 2007.

ViÌ±ales led on the opening lap of the red-flagged first part following a crash at Turn 2, but then repeated it in the restarted and shortened 19-lap race in dry conditions at the Northamptonshire venue.

‰ÛÏThis victory has been really emotional, my first in MotoGP and also the first for Suzuki since 2007." Vinales enthused. "I felt I was in a good condition and that here we had the potential, but until the race ends you can never know. The team did an absolutely great job, improving the bike since the last races and also in the whole weekend.

"After the first start I felt really confident and I thought I had a margin to keep ahead, and this gave me the needed confidence to do it again after the second start. My feeling with the machine was perfect, I tried to push hard at the beginning to take advantage and then I just controlled the race. After the last races we felt we had the potential and finally we proved that the job we are doing is really in the right direction.‰Û 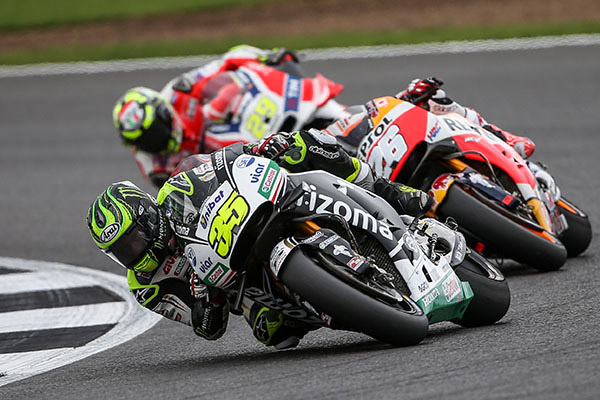 Cal Crutchlow continued his recent run of form to the delight of his home race fans
Vinales won ahead of Cal Crutchlow who just two weeks after having sealed a first grand prix victory, gave the LCR Honda Team and the whole of Britain more cause to celebrate as he claimed a third podium finish of the season with second place in the British Grand Prix at Silverstone.

Starting his home race from pole position, Crutchlow didn‰Ûªt get the best of starts as the event began under leaden skies. However, it wasn‰Ûªt the weather but a crash which brought out the red flag on the opening lap. Both riders involved were declared OK, and when the race was quickly restarted Cal took his second chance admirably, leading into turn one.

While eventual race winner Maverick ViÌ±ales got through and escaped at the front, Crutchlow was involved in an epic battle with Valentino Rossi and Honda colleague Marc Marquez, with positions swapping on every lap. Andrea Iannone also joined in on the fun, but after fighting to get past the Brit, the Italian soon crashed out.

Lying second Crutchlow had to rebuff more attacks from the former MotoGP World Champions, with Marquez at one point clipping the LCR Honda man at around 200mph, but it forced the Spaniard wide, and out of the shout for the podium.

Crutchlow eventually held on despite a late salvo from Rossi, to take a glorious second place in front of his adoring fans, and move him up to eighth place in the 2016 championship.

‰ÛÏIt was great to be a part of that battle today and really entertain the British crowd. I want to thank the LCR team and Honda for all the hard work they have put in in these recent weeks. We started the year with a few crashes, and problems with the bike, but it shows that all the hard work has paid off.‰Û 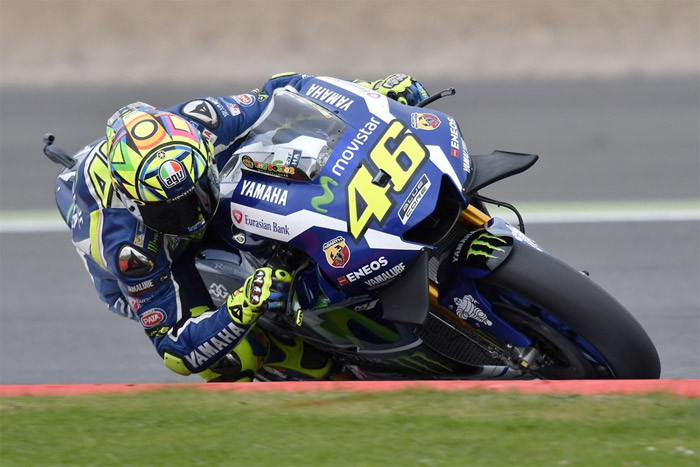 Valentino Rossi has not given up on winning his title in 2016
Movistar Yamaha MotoGP rider Valentino Rossi celebrated the milestone of his 250th MotoGP start with a hard-fought third place at the Silverstone Circuit.

Valentino Rossi, who has been participating in the MotoGP class since its introduction in 2002, kicked off his 250th MotoGP class Grand Prix start in style. He stormed from second on the grid to grab the holeshot before tucking in behind Maverick ViÌ±ales, but his assertive start to the race was short-lived when the race was red flagged.

After the re-start Rossi battled hard all race long to secure the final spot on the podium and edged slightly closer to Marc Marquez in the championship standings.

"For the championship these are just three points but I'm very happy because it was a hard battle." Rossi said. "I fought for the entire race and never gave up. Unfortunately, after eight or nine laps, I started to slide a lot on the rear, so it was very difficult to control the bike, but at the end it was very funny with Marc and Crutchlow and I'm very happy with this podium.

"It was a great race and a great battle, a double battle because at the beginning of the race and also at the end it was great. I enjoyed it a lot and I'm so happy with this podium, because I knew I had to fight from the first corner to the last to arrive in front. On the dry we weren't so strong. We knew we would struggle with the tyres in the second half of the race and in fact it was like this.

"It was a great battle with Marquez and also with Crutchlow and Iannone. I tried to the maximum and arrived on the podium. It's not very important for the points in the championship but very important for me and for the team. I have some black on me from Marquez's tyres, because we touched two or three times.

"The battle was good but hard, fair and I enjoyed it a lot. When you try at the end to fight for the podium, between Marquez and me, it's always difficult, but it was a very good battle and I want to see it on television." 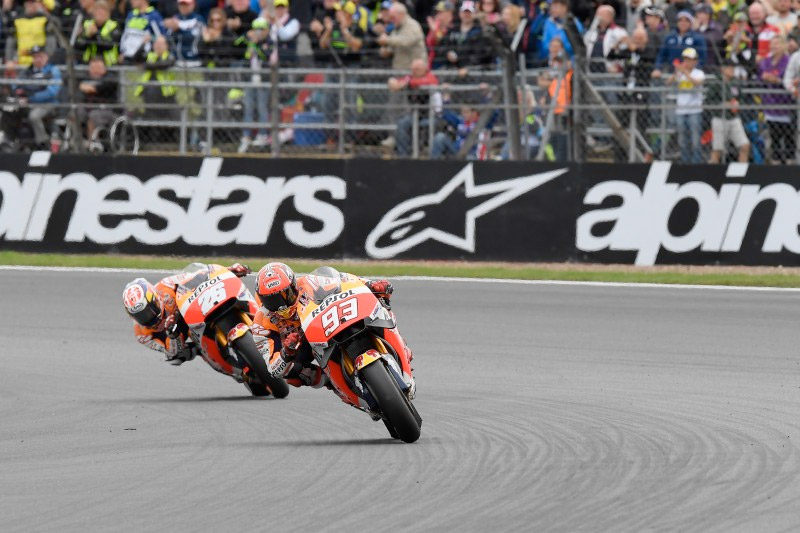 Marc Marquez once again salvaged some serious points after a big crash during qualifying
Marquez himself was happy to leave the British round with his championship points lead in tact, still holding a handy 50 point buffer of Rossi

"Today was one of those difficult Sundays because there were many ways of approaching the race, with many options for both the front and rear tyres." Marquez commented. "Perhaps we got it wrong with the front, because we chose the soft tyre, but that was what we thought was best before the race.

"I realised the mistake once the race was underway, and from there I decided to make the most of the situation. It‰Ûªs a pity that I went wide under braking when fighting for second place, but in the end we rectified the situation quite well.

"We finished fourth and only lost three points from our overall advantage, which is what matters to us.‰Û 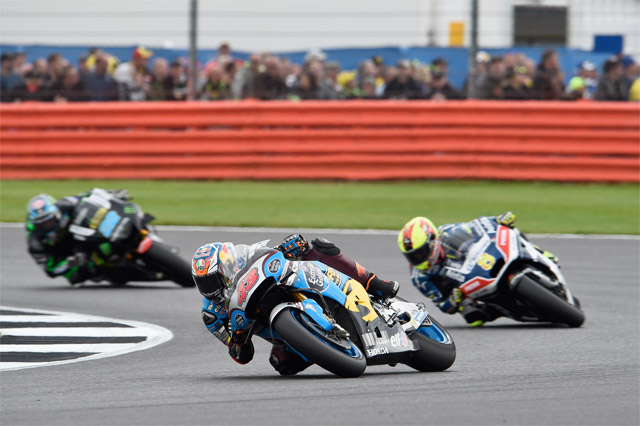 ‰ÛÏToday‰Ûªs race was a difficult one for me and the biggest issue I had was with the rear tyre." Miller explained. "I had a really good start in both races and I felt really comfortable in the opening laps.

"But after about five laps I started to have some issues with grip on the right side of the rear tyre. I was just out there doing laps for the remainder of the race and making sure I didn‰Ûªt take any risks to avoid crashing. It was impossible for me to fight with anybody and I was happy to get in 19 laps on the bike after a difficult time with injuries.

"But I am disappointed because I‰Ûªm sure I could have picked up some important points today.‰Û 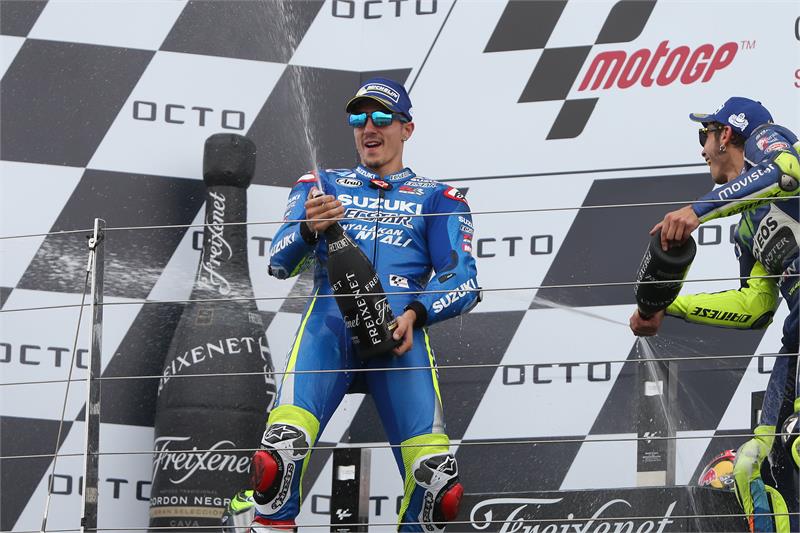