Matt Phillips takes day 1 at the GP of Portugal 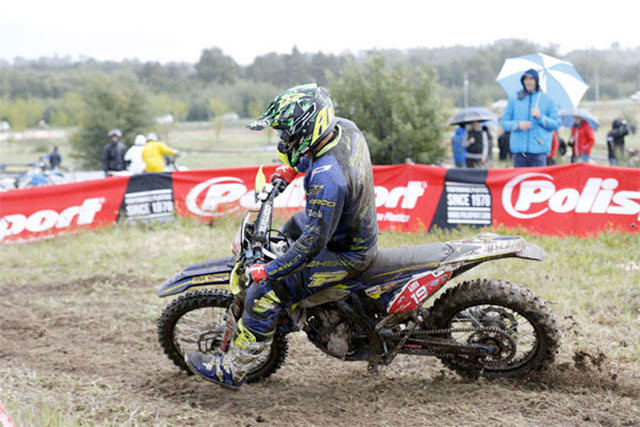 Claiming his second EnduroGP class win of the 2016 season, Tasmanian Matt Phillips moved ahead of Frenchman Mathias Bellino on the event‰Ûªs final and closing Extreme Test to claim victory on day one of the GP of Portugal in Gouveia. With just over three seconds separating the two riders third in EnduroGP went to Enduro 3 class winner Steve Holcombe (Beta).

Day one in Gouveia proved to be a brutal one. With weeks of rain falling on the course, the soft Portuguese terrain soon became extremely cut up with parts of both the transfer sections and the special tests all but impassable. With the day reduced to two laps from three, all three special tests were altered in order to keep the event running.

Continuing their battle that started at the championship opener in Morocco, Bellino and Phillips ended the day comfortably ahead. But for much of the race senior class rookie Steve Holcombe looked poised to challenge for the win. Entering the final test of the day Bellino, Phillips and Holcombe were all well placed to win, but mistakes by Holcombe stopped him finishing higher than third.

‰ÛÏIt all came down to the last extreme test and I went for it,‰Û