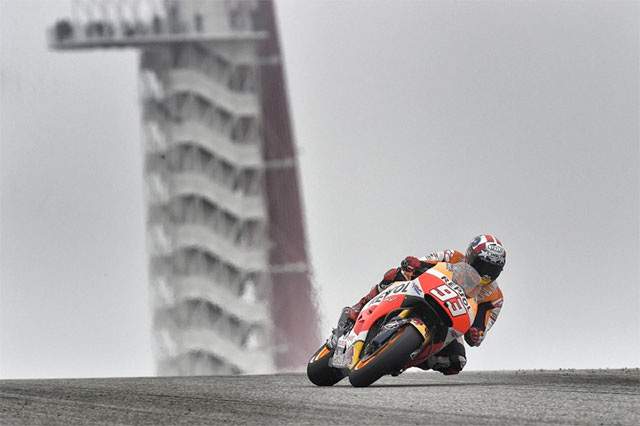 After scoring a victory and a third place, respectively, in Argentina, Marc Marquez and Dani Pedrosa quickly packed up to head to Austin for the Red Bull Grand Prix of the Americas, round 3 of the 2016 MotoGP World Championship.

Marquez likes the track and have fond memories of it. He took his first premier-class victory at Austin in 2013, and he also won the following two years, even taking pole position on all three occasions. (He has actually won all the races held on U.S. soil since he joined the MotoGP ranks: three in Austin, three in Indianapolis and one at Laguna Seca).

‰ÛÏWe‰Ûªll see how we manage in Austin this year," Marquez said. "It‰Ûªs a track that I like, where I feel strong, and where I‰Ûªve always had good races and good fun. That said, the track rewards strong acceleration, which hasn't been one of our strongest points so far this year, so we‰Ûªll have to wait and see how we can manage the situation. We‰Ûªll keep working hard, as we did in Argentina, and we‰Ûªll try to find the best pace for the Sunday race.‰Û 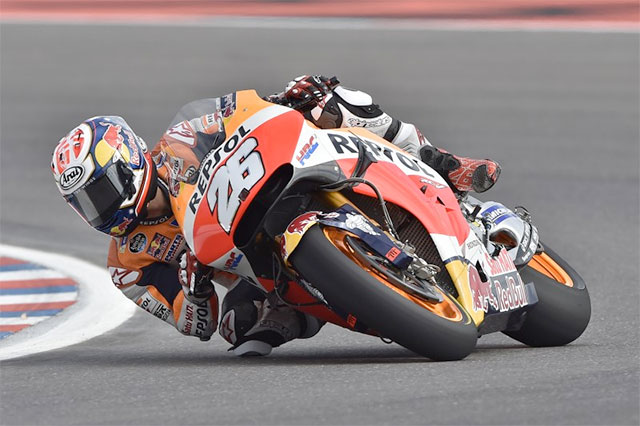 Dani Pedrosa
Dani Pedrosa also likes the Texan track as he completed the 1-2 for Repsol Honda in 2013 and 2014, whereas he didn‰Ûªt take part last year‰Ûªs race due to having recently undergone surgery to fix arm-pump issues; he was substituted by HRC test rider Hiroshi Aoyama.

"I‰Ûªm looking forward to this round. There‰Ûªs something special about the atmosphere of the American races, and besides, this is a track that I like very much," Pedrosa said.

"I didn‰Ûªt make it here last year, but I made the podium the previous two seasons so the memories of the track are good. Our pace in the first two rounds hasn‰Ûªt been as good as we would‰Ûªve liked, and we absolutely need to keep working to find some more speed; all in all, we‰Ûªre third in the Championship, and we need to make a step forward if we want to fight for the podium at every race.‰Û