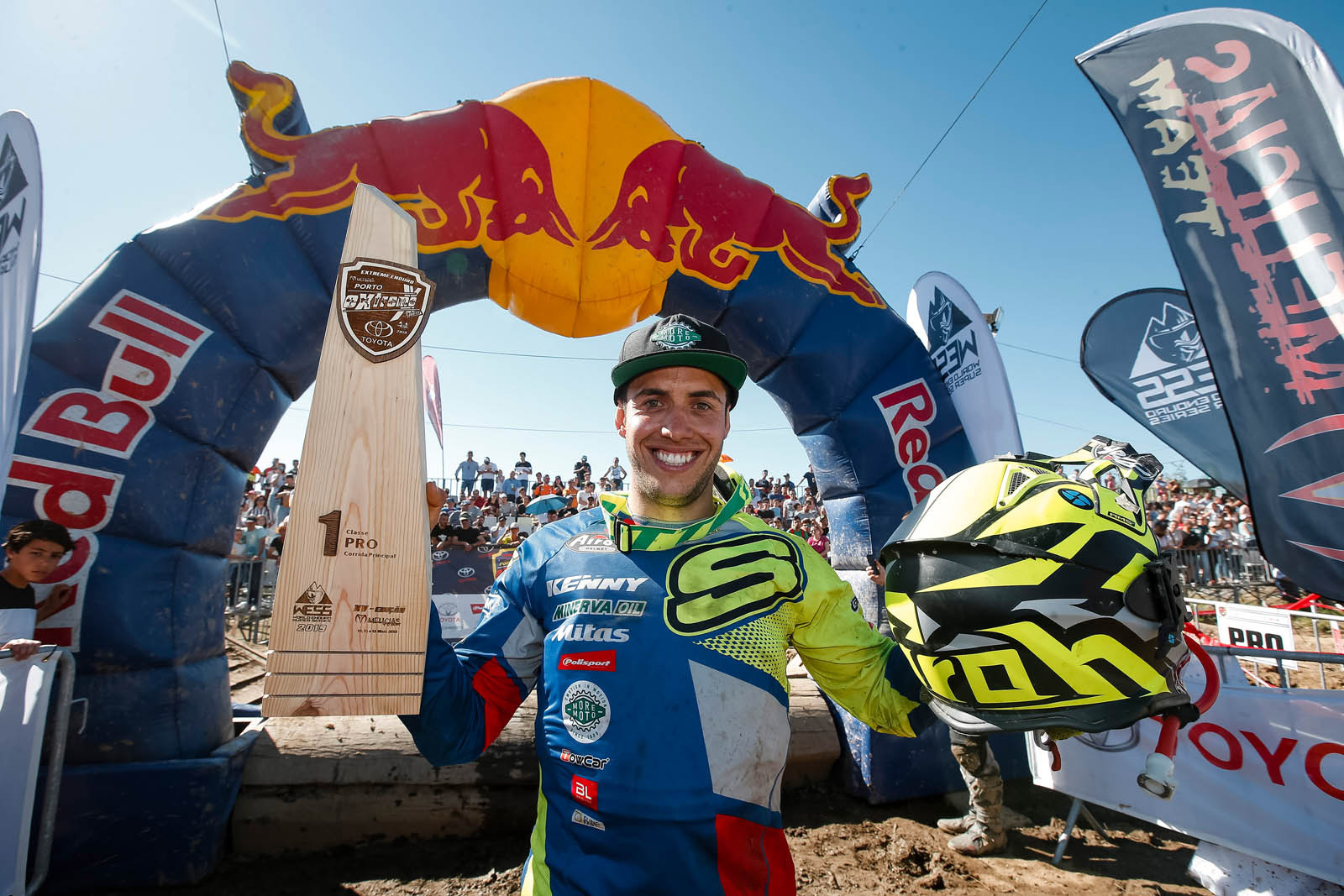 Mario Roman takes an early lead in WESS 2019 - å© Future7Media
Spain‰Ûªs Mario Roman has taken an early lead in the battle to become this year‰Ûªs Ultimate Enduro Championship, claiming victory at round one of the 2019 World Enduro Super Series ‰ÛÒ the Toyota Porto Extreme XL Lagares, in Portugal.

Putting in a determined display of riding, Roman produced a terrific late race charge to top the podium ahead of teammate Wade Young with early race leader Manuel Lettenbichler third.

Following two days of action-packed Endurocross and City Prologue racing, the stage was set for Sunday‰Ûªs Hard Enduro feature race. Among the 300 competitors entered, over 50 Pro riders took to the start line of the demanding two-hour long course, which was to be completed twice. Notoriously difficult, the addition of blisteringly hot sunshine ensured a punishing start to the 2019 WESS championship. 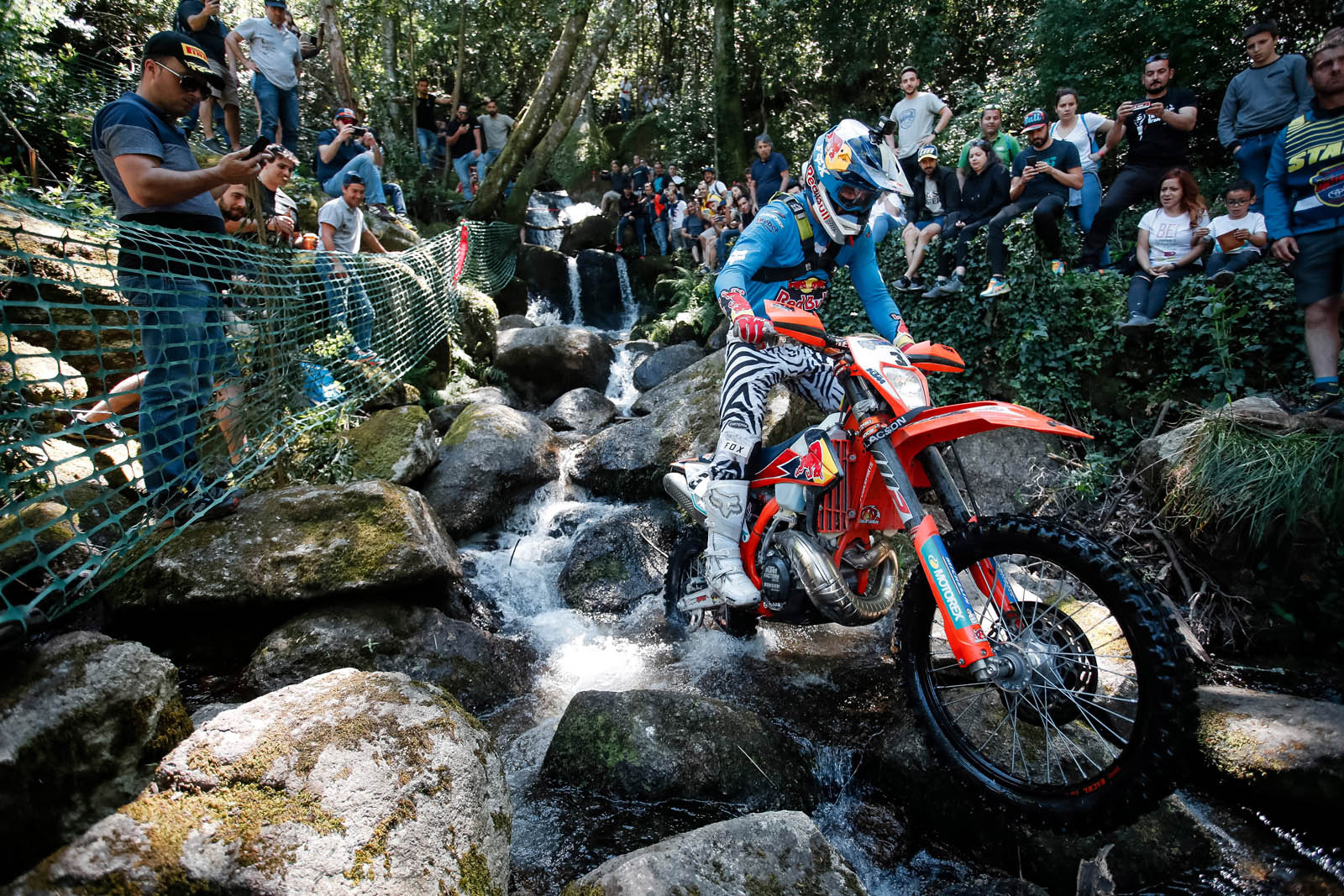 Manuel Lettenbichler set the pace on the opening lap of two - å© Future7Media
At the first major riverbed rock step, Blazusiak had reeled Gomez in and led from the front, with Lettenbichler hot on his heels having also caught and overtaken the Spaniard.

Midway through lap one the running order changed. Setting an insanely fast pace, Lettenbichler moved into the lead and opened up a five-minute advantage over Young with Billy Bolt, Jonny Walker and Graham Jarvis all in tow. Just behind them sat Roman.

Heading out for lap two, Lettenbichler was now six minutes clear and looking strong. But Roman and Young had other ideas and impressively upped their pace in the deteriorating conditions. The duo reeled in the young German, who appeared to have run out of steam at the crucial moment. 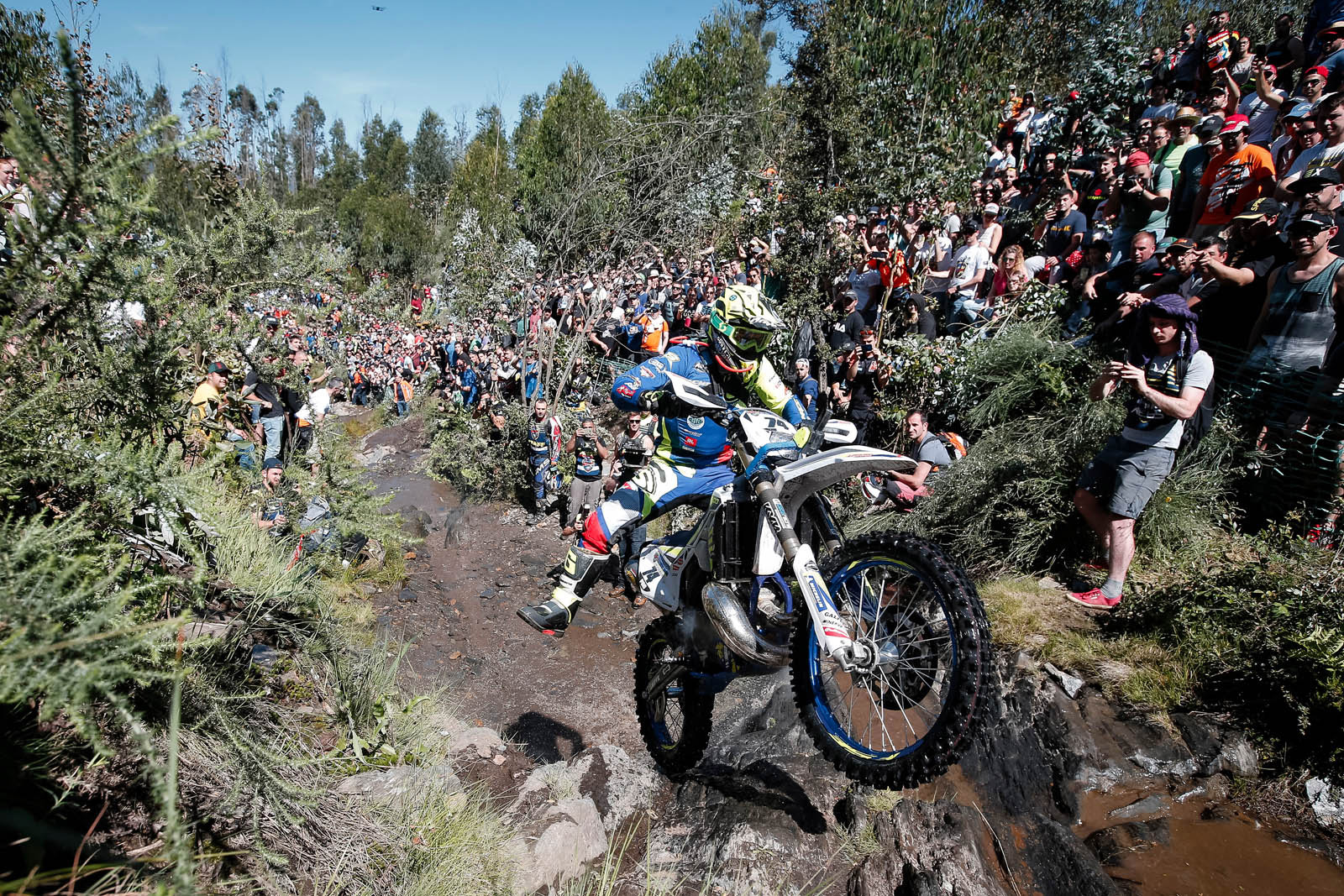 Thousands line the rocky riverbeds to watch the racing - å© Future7Media
Breaking both Young and Lettenbichler, Roman put his Sherco in front and, in charging all the way to the finish, claimed a memorable victory and the opening win of the WESS season. Young finished four minutes behind as runner-up.

‰ÛÏI feel amazing, it‰Ûªs so good to get the win," Roman said. "In 2016 I finished about a minute behind Alfredo and then two years in a row I had mechanical issues with my bike, but I always believed in myself and knew I could do it this year. On the first lap I was lying fifth or sixth and I couldn‰Ûªt see the top two guys, but as the race went on, I started to feel stronger and was able to push 100% and pass the others one-by-one. The track was so much more difficult on the second lap and I knew I would be able to make up time on those tricky sections.‰Û 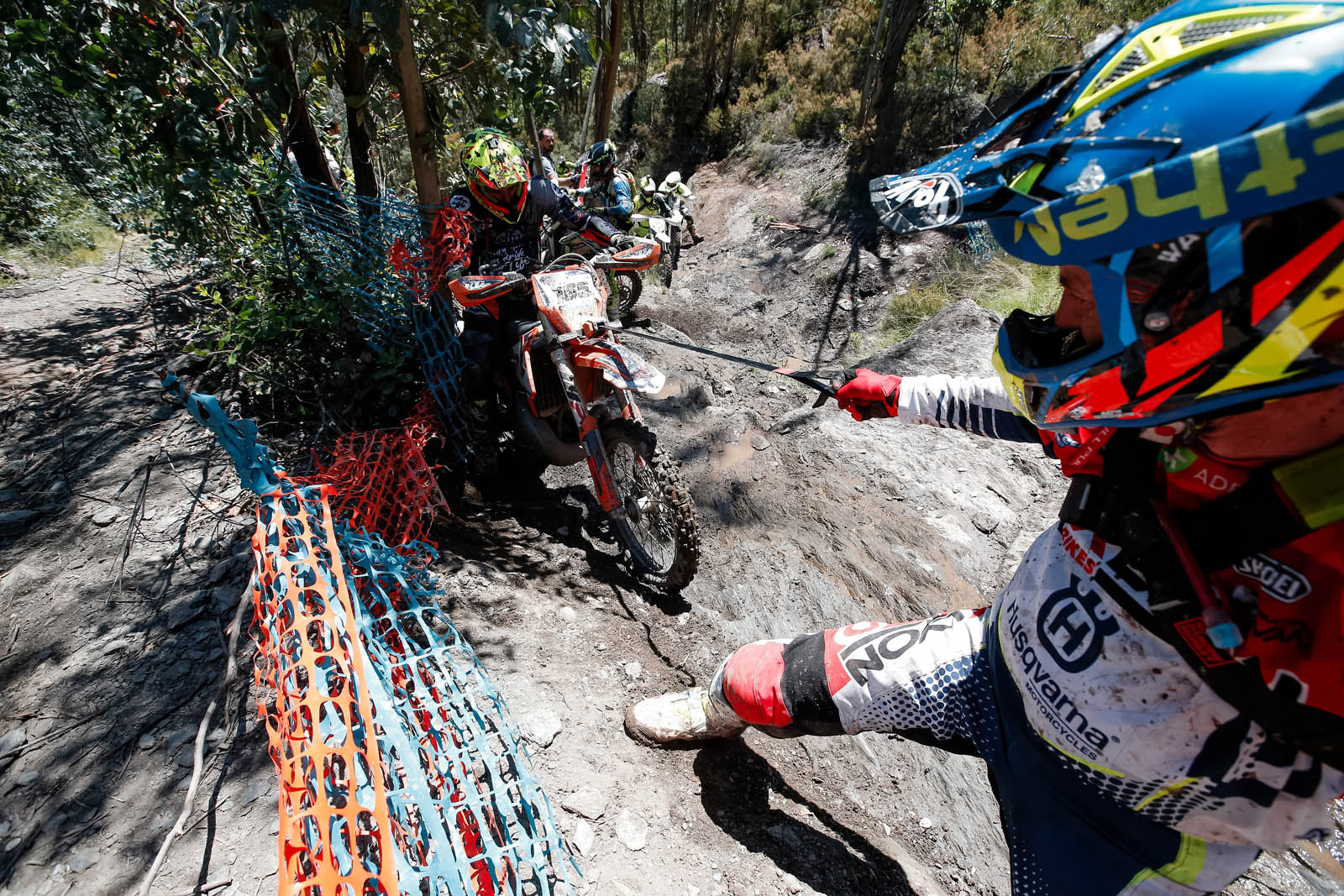 With no outside assistance, some teamed up to complete the hardest sections - å© Future7Media
Jarvis initially looked to have snatched third from Lettenbichler on corrected time, but the German was awarded time he lost on lap one due to a track marking error and finished on the podium. With Jarvis content in fourth, Bolt completed the top five, while Walker rounded out the top six.

‰ÛÏI am so happy with my result and overall I had a really good race," Lettenbichler said. "I didn‰Ûªt realise at first the gap to the others was so big. I tried to stick to the same pace on the second lap, but Mario and Wade must have been flying. I think they probably pushed each other on the difficult stuff and were able to maintain a good speed when it got really tough. Graham also caught me at a few places, but I was able to stay ahead. I had to stop to move a bridge on the first lap so that cost me some time, but thankfully they have awarded that back to me and I have come away with third. It would have been nice to get the win, especially after leading for over half of the race. But whatever the result, I am happy with my riding and it‰Ûªs been a good start to this year‰Ûªs WESS championship.‰Û 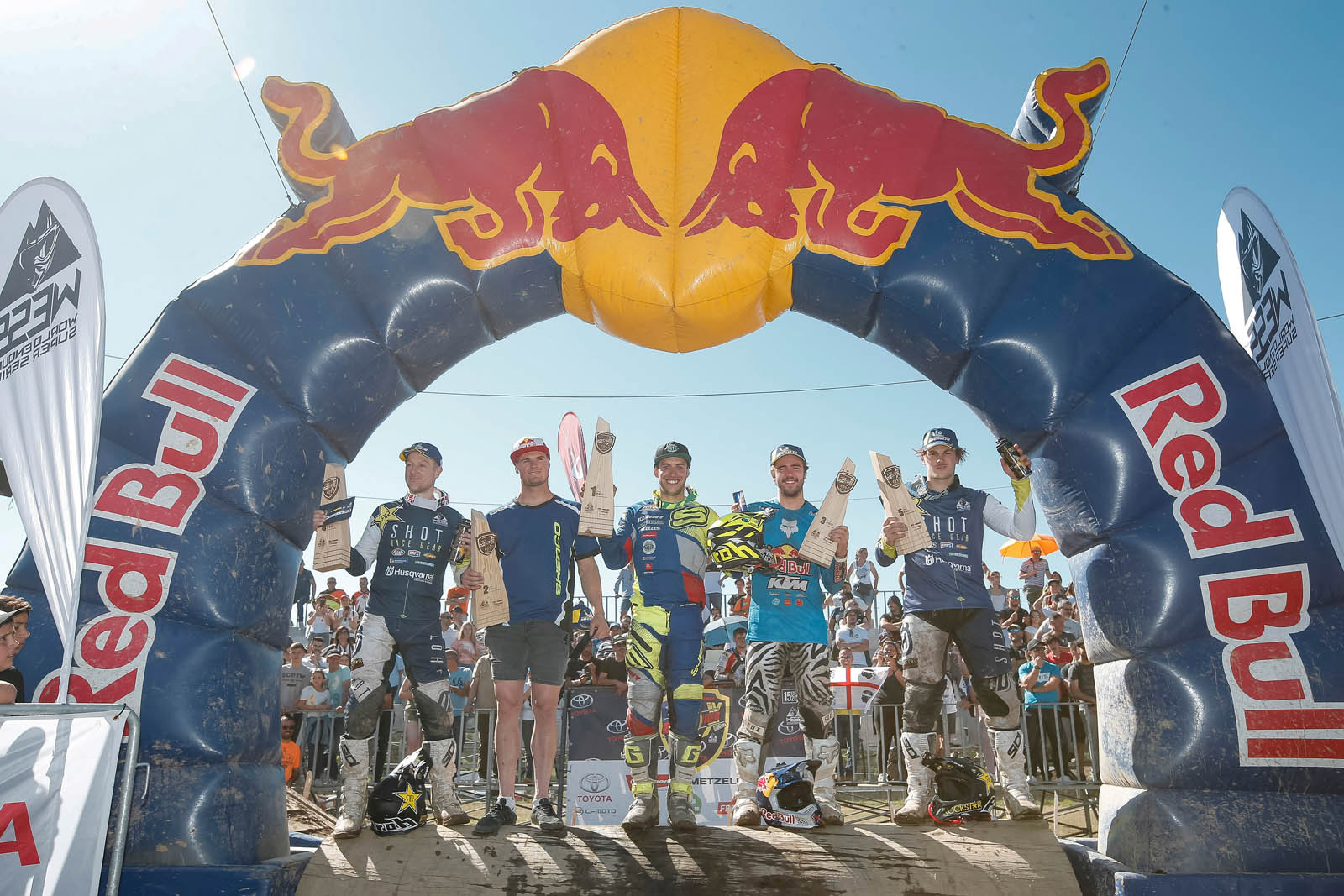