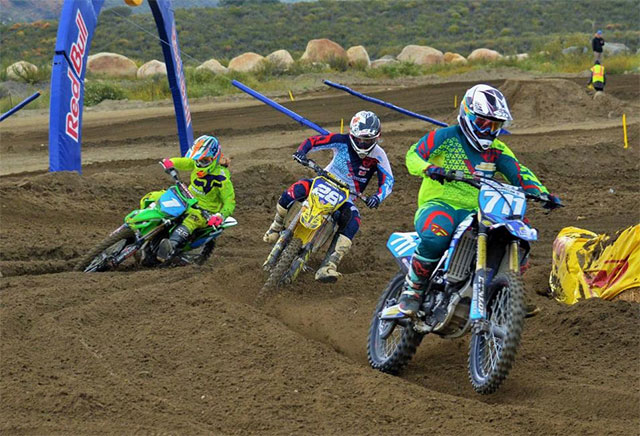 Taking place in conjunction with the California Classic Motocross Championship at Pala Raceway, Obermeyer Suzuki's Mackenzie Tricker and Team Green Kawasaki's Kylie Fasnacht went head-to-head in an epic battle for the overall win, but after the conclusion of two motos, it would be Tricker (3-1) taking home the coveted win and marking her first win of the season, trumping the current points leader Fasnacht who went 1-3.

Tarah Gieger jumped out to the early lead after the first gate dropped, but it Tricker was able to make the pass for the lead on the opening lap. The Obermeyer Suzuki rider was able to establish a small gap over second as the rest of the field sorted itself out.

In the meantime, Fasnacht suffered from a bad start where she slowly spun off the concrete, but after the first lap she was able to work her way to seventh.

"I've been working really hard on my starts coming into this race, but I just wasn't prepared for a concrete start," said Fasnacht. "I heated up my rear tire really good but I still spun off the line really bad and that put me back at mid-pack heading into the first lap."

With Tricker breathing relatively fresh air up front, Fasnacht started to carve her way through traffic. By the time the white flag came out, Fasnacht was seated in the third place positon right behind Tricker and Yamaha's Marissa Markelon.

With less than a lap to go in the moto, Fasnacht put a last-second pass on Markelon and Tricker to steal the moto one victory from Tricker. Markelon finished the moto in second with Tricker in third.

"When I found myself at the back of the pack I just put my head down and charged," said Fasnacht. "Once I saw Markelon and Tricker on the final lap I just went for it."

Tricker was not to be denied in moto two and the Aussie champion came out swinging. The second start was the same story as moto one, where Gieger would once again claim the holeshot with Tricker right behind her. Once Tricker worked her way to the lead, she did not look back.

Fasnacht once again suffered from a bad start and was just inside the top-10 at the end of the opening lap. The Florida native put on another valiant charge through the pack, but this time she ran out of time, as Tricker took the win ahead of Markelon with Fasnacht crossing the line in third. 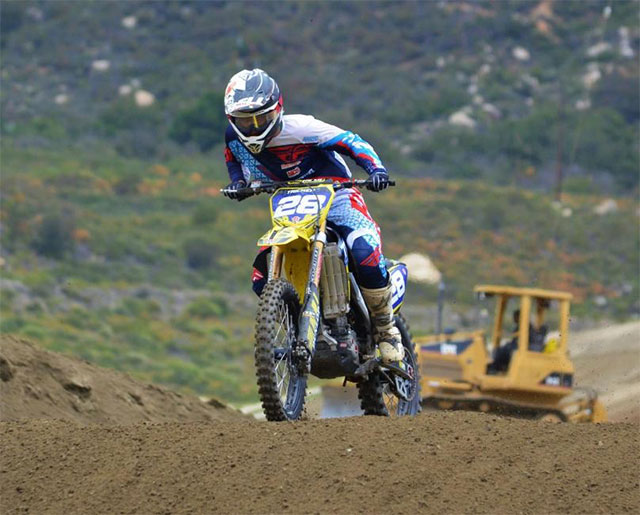 Obermeyer Suzuki's Mackenzie Tricker came away with the WMX overall win with 3-1 moto finishes. Photo: Eric Johnson
When the final scores were tallied, Tricker's second moto win was good enough to give her the overall victory ahead of Fasnacht, with Markelon rounding out the overall podium in third with 2-2 moto finishes.

"It feels good to get the monkey off my back," said Tricker. "I just need to keep grinding away at the rest of the season and see how it goes."

Dunn and Stone/Fly/Scott/Cycle Shack North Yamaha rider Kaitlyn Morrow was fourth overall with a 5-4 performance, while Gieger followed in fifth overall aboard her Honda machine with a 4-5 finish.

The series heads up the Western Coast to Sacramento, California for round four of the 10-round circuit with the Hangtown Motocross Classic on Friday, May 20. Taking place alongside the opening Pro Motocross round, the WMX racers will be treated to a top-notch race weekend.