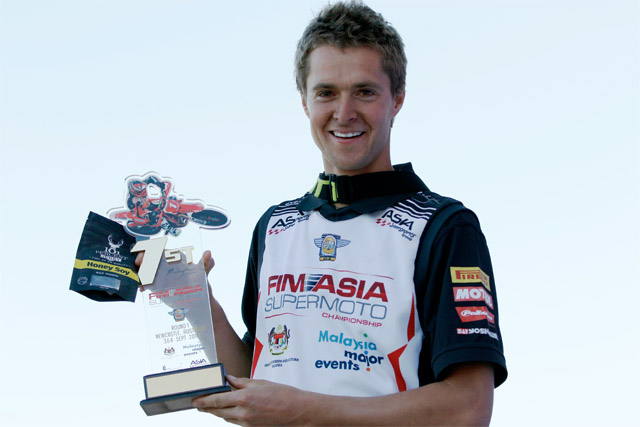 Australia‰Ûªs Luke George has taken a clean sweep of the opening round of the FIM Asia SuperMoto Championship, winning today‰Ûªs race at Newcastle‰Ûªs iconic foreshore.

Malaysia‰Ûªs Muhammad Habibullah finished second to claim third overall, with Michael Kirkness third in the final leg and runner-up for the round.

George also took a clean sweep of the Pro class and praised organisers for a well-run event. 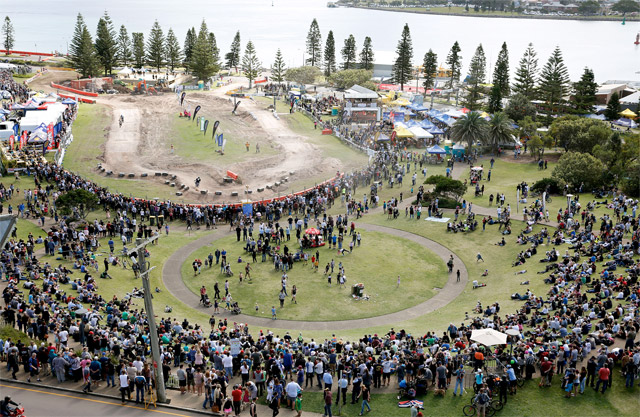 Finishing second behind George in the final 30 minute FIM Asia SuperMoto race, Muhd Habibullah said he capitalised when a few riders made mistakes.

‰ÛÏI was at an advantage when a few riders made mistakes in beginning of the race. That promoted me to third spot since the start. Andy (McLiesh) attempted to overtake me a few times but I managed to hold him at bay.

"I am really proud with my performance today and hope for the same in Malang.‰Û