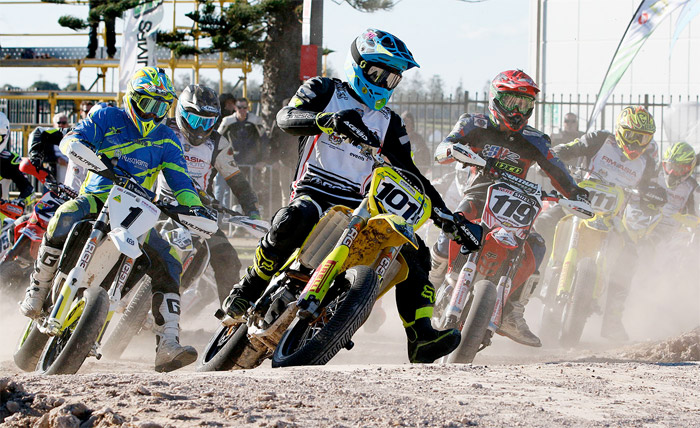 A record crowd flocked to Newcastle Foreshore to witness history as the FIM Asia SuperMoto Championship roared into life on Australian soil for the first time.

Maitland‰Ûªs Luke George, who qualified as a wildcard for the FIM Asia SuperMoto race dominated proceedings, winning both the Pro and coveted FIM Asia class races.

The Australian qualified on pole for the international race and went on to lead the 20-lap contest from start to finish.

George greeted the chequered flag over 19 seconds ahead of Michael Kirkness (Taree) and the first of the international rider‰Ûªs home, New Zealand‰Ûªs Richard Dribben.

It was a fairy-tale comeback for George who retired from professional racing in 2010.

The former national motocross champion who was making his SuperMoto debut said he thoroughly enjoyed the experience and is looking forward to tomorrow‰Ûªs races.