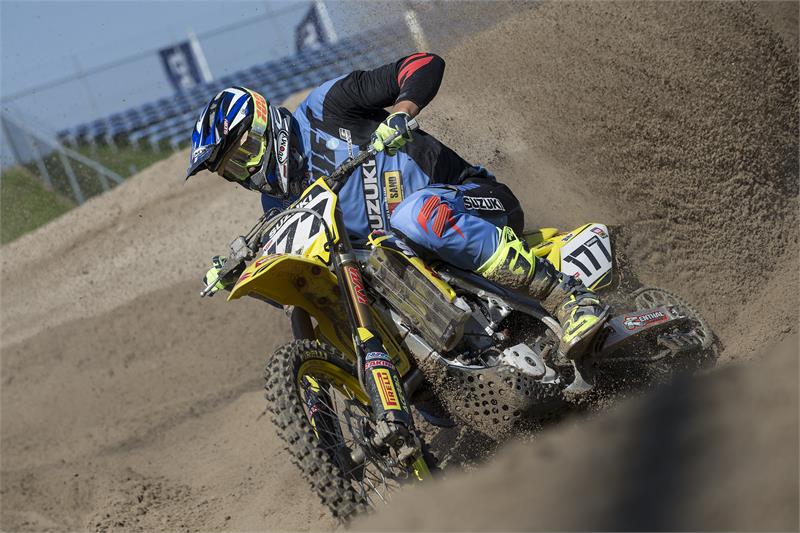 Team Suzuki World MXGP have made the trip to North Carolina and the Charlotte Motor Speedway for the Grand Prix of Americas and the penultimate round of 2016 MXGP with their riding roster sealed for next year.

Kevin Strijbos will be joined by Arminas Jasikonis on the works RM-Z450s after the young Lithuanian impressed with his open attitude and approach since being drafted into the team to substitute for the injured Ben Townley.

As the 17th appointment of 18 in the current FIM Motocross World Championship gets ready for action this Saturday evening ‰Û÷AJ‰Ûª is safe in the knowledge that his final two gatedrops for the Lommel-based crew will not be his last for the foreseeable future.

MXGP travels overseas for an American back-to-back finale with the race in Charlotte swiftly followed by the Grand Prix of USA at Glen Helen in San Bernardino in California. Little is known about the new-build ‰Û÷Supercourse‰Ûª across the Charlotte dirt track oval but the paddock is expecting a largely flat and jump-laden course, as well as decent temperatures around the mid-20s. Jasikonis is making his first major competitive outing in the U.S. on the back of a personal best moto result of seventh in Assen last Sunday for what was only his fourth ride on the RM-Z450.

‰ÛÏIt has always been a dream to reach Grand Prix and I think I am the first from Lithuania to reach this far,‰Û