Lachlan Stanford Wins Back to Back Queensland Enduro Titles 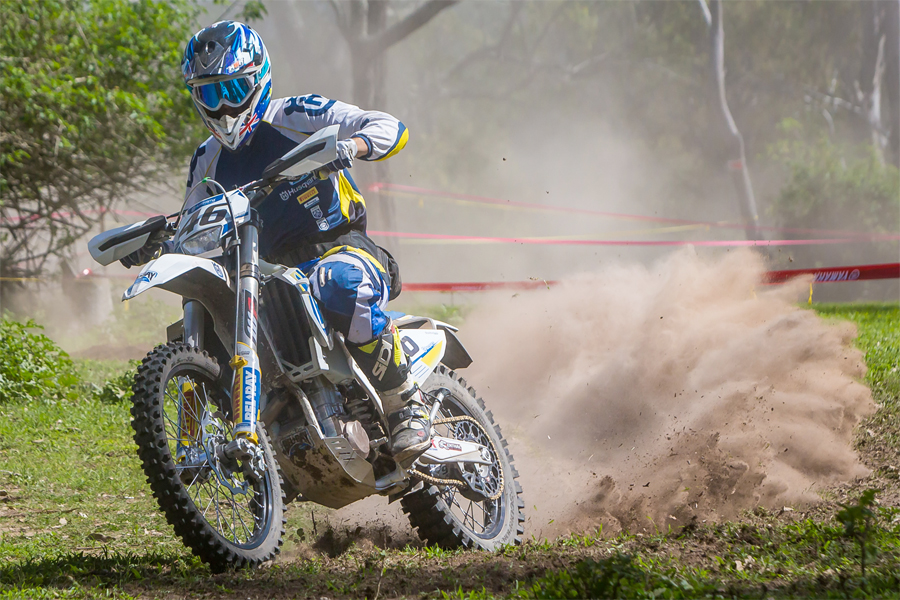 The Husqvarna Enduro Racing Team‰Ûªs Queensland connection Lachlan Stanford has successfully defended his Queensland enduro championship title at the series‰Ûª third and final round at Mount Perry near Bundaberg on the weekend.

Stanford won the event from Tom McCormack and Kane Hall to wrap up his second major Queensland championship of the year, having successfully won the four-round Husqvarna Queensland Sprint series earlier in the year in only his second outing for the new-look squad.

The Queensland enduro series began with rounds at Boyland near Beaudesert, and at Kyogle in northern New South Wales, and Stanford took two wins and a second place to win the series by three points over McCormack and Hall.

Stanford rode a Husqvarna FE501 at the weekend in preparation for his upcoming E3 appearance in the International Six Days Enduro in Argentina, the Byron Bay ace proving that he has already adapted to the bigger bike, winning all but three of the 16 special tests across the weekend.

‰ÛÏAll weekend I felt strong and did what I needed to do." Stanford said. "I rode the FE 501 because I'm racing E3 in the ISDE so I‰Ûªve been practising on the 500, but everything went smooth, I didn't have any dramas at all.

"I felt really good on the FE501, I feel I've adapted to it really well, I could even be a bit quicker on it. It's just got a bit more grunt out of the turns and so on, and just having that little extra bit of torque comes in handy.

"Tom McCormack was there on the 450, so it was good to beat him on the bigger bike as well.

"The course was tough and tight, and I think the longest test was only about 3 minutes, so you couldn't afford to make any mistakes. Good trail though, the climbs were really tough, and it was really pretty hot and rocky and dry, so it was good practice for Tom and I who are getting ready for the ISDE in Argentina.

"Thanks to Husqvarna for their support throughout the Queensland series. I feel like I've picked up a little and gotten a little bit faster through this latest stage of the season and it was great to win the Husqvarna Sprint series earlier in the year as well.

Top Image: Lachlan Stanford has won back to back Qld title