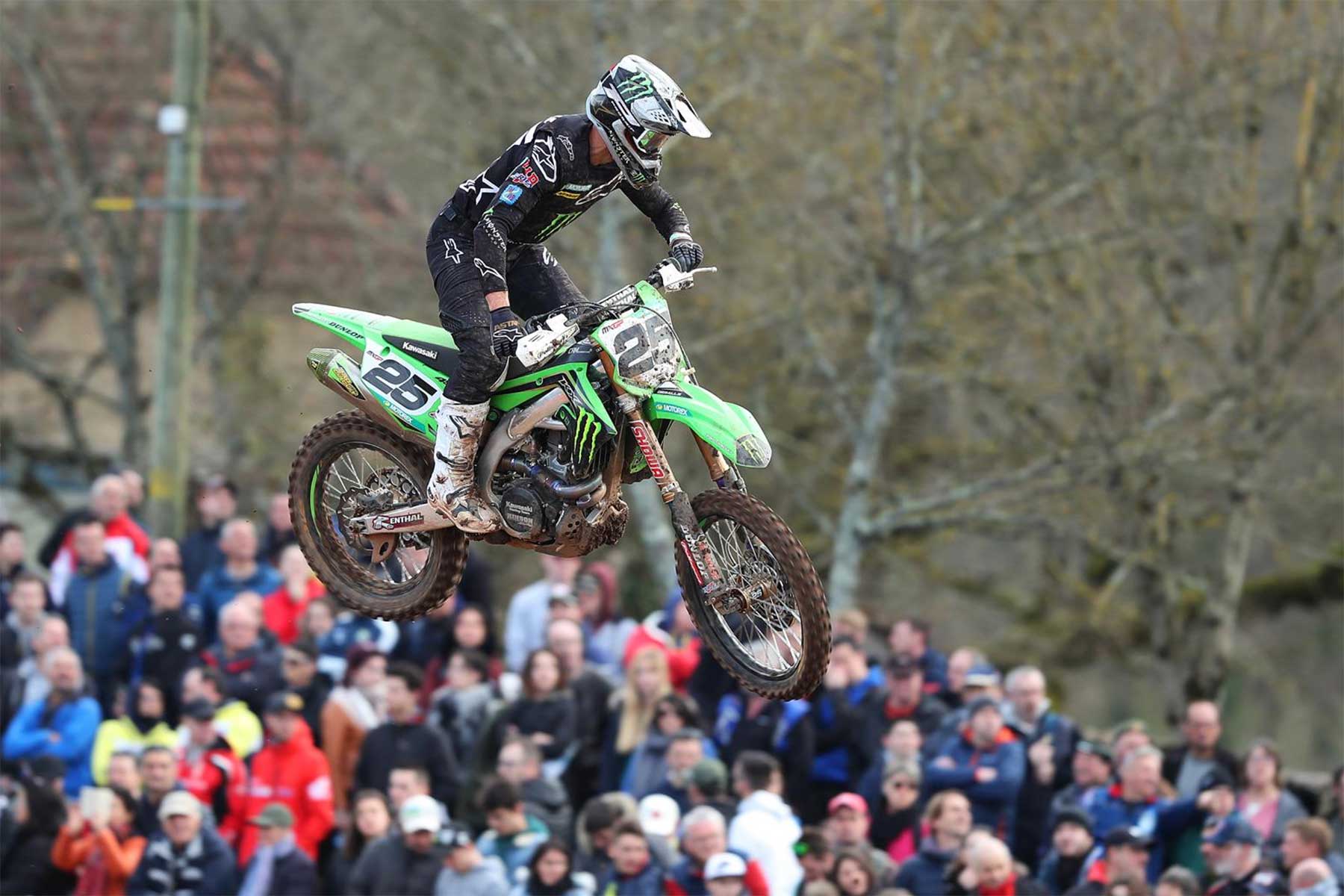 Clement Desalle
The Monster Energy Kawasaki Racing Team completed its preparation for the motocross MXGP season in style with podium finishes for both Romain Febvre and Clement Desalle at the Lacapelle Marival Masters.

Glorious weather and a stunning track in central France greeted the teams for a perfect final shakedown before the start of the World Championship in two week‰Ûªs time. Both KRT riders gave an indication of their expectations for the season ahead as they each posted top five times during a closely-contested morning practice, Desalle earning third gate-pick and Febvre fifth.

The duo each commanded a top five start in the first twenty-five-minute moto, the Belgian moving up the leaderboard from fifth on lap one to claim third place, just over a second from runner-up, at the chequered flag while the Frenchman recovered from a mid-race incident soon after claiming third to cross the line just a few seconds back in sixth. 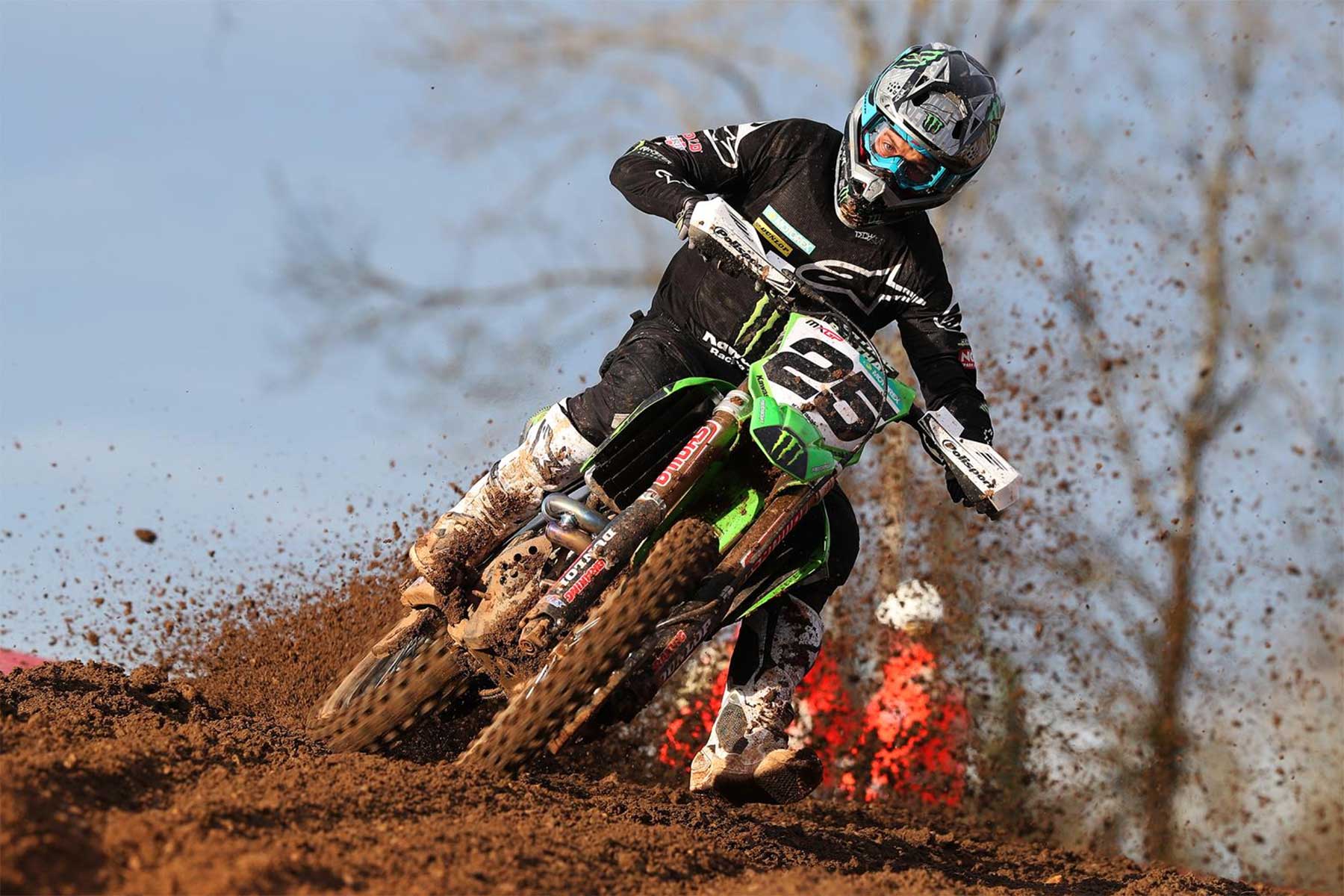 Clement Desalle
Regrouping from a first turn incident which left him initially ninth in race two Desalle maintained his composure to advance to sixth at the finish while Febvre showed that he is already in perfect accord with his new mount as he pushed his KX450-SR up the leaderboard to finish second, even closing down the race-long leader mid-moto. The two MX1 motos gave the KRT riders third and fourth overall before the final outing of the day which combined the leading riders from MX1 and MX2 in the SuperFinal.

Desalle again missed a clean run through the first turn but took the opportunity to show his ability to run down the opposition as he advanced from fourteenth first time past the timekeepers to secure a stunning fourth at the close. Febvre was even more impressive as he advanced rapidly from fourth to second, setting the fastest lap of the race as he chased down the leader and, like his teammate, confirming that he is ready both in terms of physical fitness and bike set-up prior to the opening round of the FIM World MXGP Motocross Championship at Matterley Basin in southern England on March 1st. 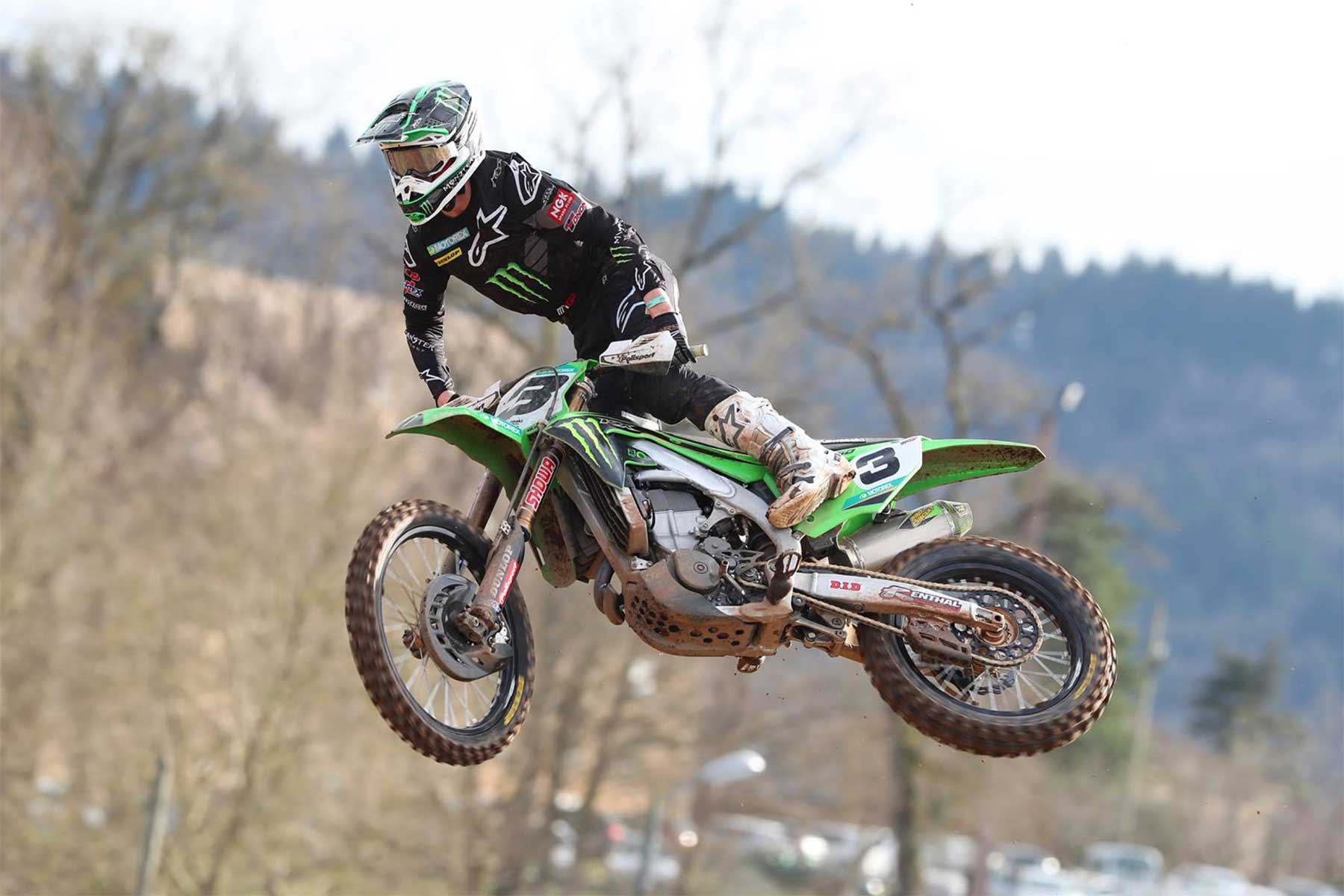 Romain Febvre
‰ÛÏIt‰Ûªs a great feeling to have such a strong day with good starts, good lap time and podium results," Febvre said. "We have worked a lot with Jacky (Vimond) and I have made a lot of progress since Riola three weeks ago. I love my KX450-SR and we saw today that I got good starts even if this one here is really short to the first turn. I can say that tonight I am reassured; now we‰Ûªll go back home and practice on several different tracks to be ready for Matterley Basin.‰Û 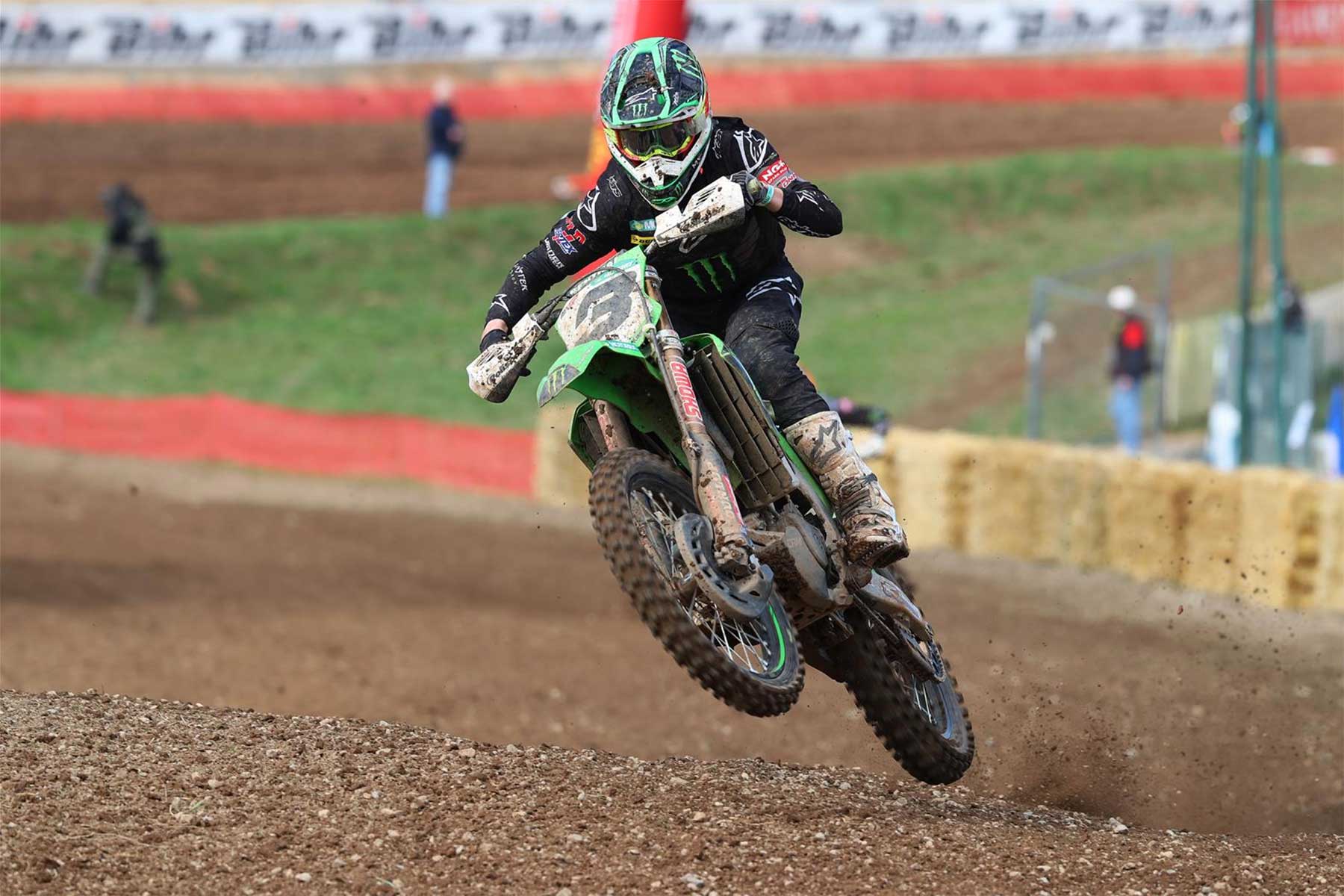