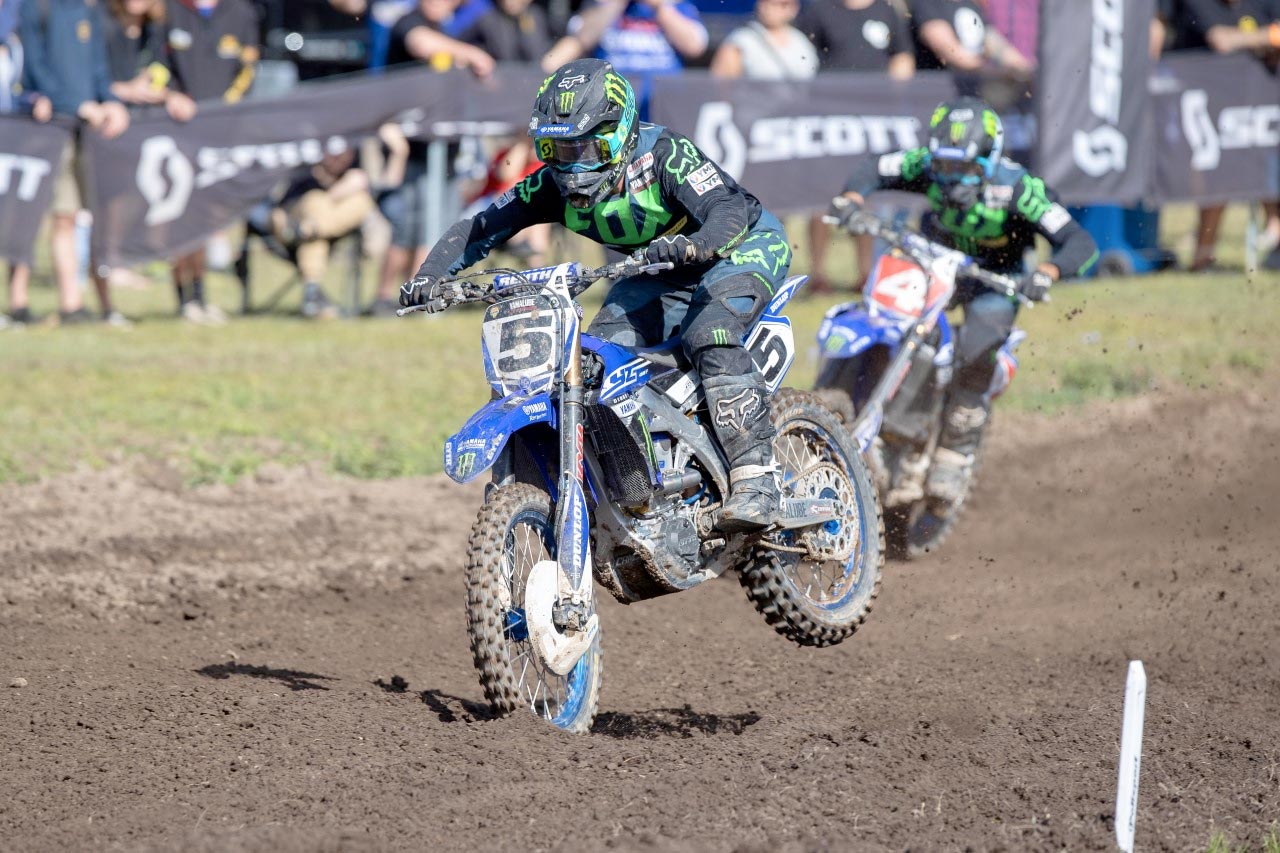 Gibbs showed he was back to full fitness after a shoulder injury slowed him at rounds four and five of the championship as he raced to 3-1 results in the two motos ran on the day to give him second place overall.
Kirk Gibbs has charged to a second place finish at round six of the Pirelli MX Nationals, highlighted with a race win, on the rolling grass fields of the MX Farm, in Gympie, Queensland.

In a beautiful natural amphitheatre just 15 minutes north of the country town, the Pirelli MX Nationals roared to life on a challenging track that featured plenty of turns, jumps and intense racing.

Gibbs showed he was back to full fitness after a shoulder injury slowed him at rounds four and five of the championship as he raced to 3-1 results in the two motos ran on the day to give him second place overall.

He started well in the first race but fell out of rhythm in the mid stages of the race and lost a few positions and was on the verge of dropping outside the top five but he collected his thoughts, refocused back on the track and began to peg back to the time he lost earlier.

He relentlessly worked his way back to the rear tyre of his team mate, Luke Clout, in third place before making the pass on the final lap and left the circuit confident he could run up the front in the second race.

A top four start had Gibbs well placed for race two but the more the race went on, the better Gibbs got. On lap four, he moved to third. Lap nine saw him moved to second, then on lap 11 he took control of the race but the fight continued all the way to race end.

Gibbs, Todd Waters, Hayden Mellross and Brett Metcalfe engaged in an all out battle that saw Gibbs take the win by just over half a second and the top four separated by just three seconds.

‰ÛÏIt was good to get things back on track and finish up with a good result here,‰Û 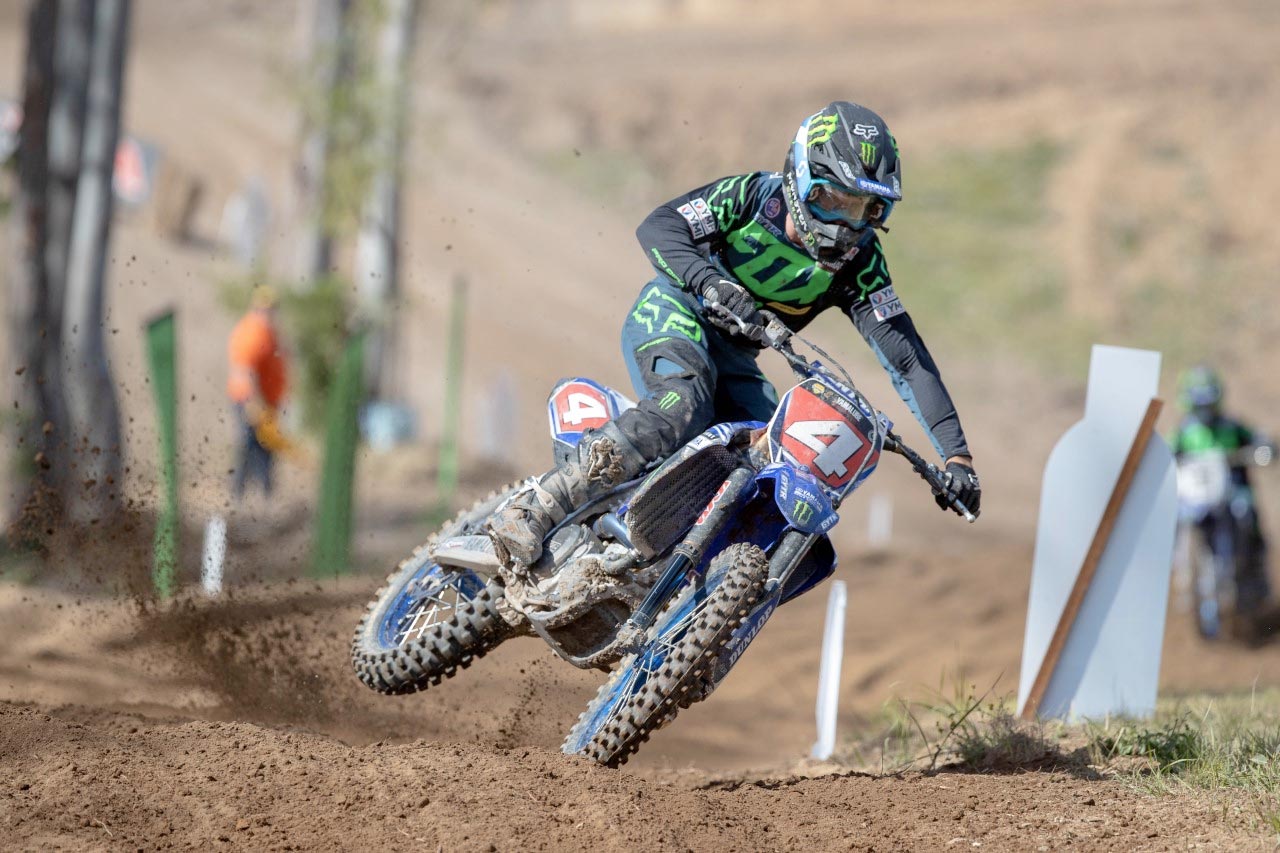 Clout finished with 4-7 results but admits it wasn‰Ûªt his day. Moto one saw Clout get ran down late by team mate Kirk Gibbs as he struggled to flow around the technical track.

A fall on the opening lap of race two had Clout behind the eight ball right from the get go. He was in 20th place as the field rushed by at the end of lap one. He kept his head down for the full 30 minutes and was able to race through to seventh by race end.

‰ÛÏIt wasn‰Ûªt a great day and I didn‰Ûªt ride my best, but I was able to salvage what I could and I‰Ûªm still only three points from the lead in the championship. There are only five points between three of us in the championship and now it comes down to not making any mistakes and keep putting myself in good position to win races and rounds.

‰ÛÏNext round is at Maitland, a track that I have raced at a few times and enjoy riding so I will put this one behind me, focus forward for the next round and get things back on track there,‰Û 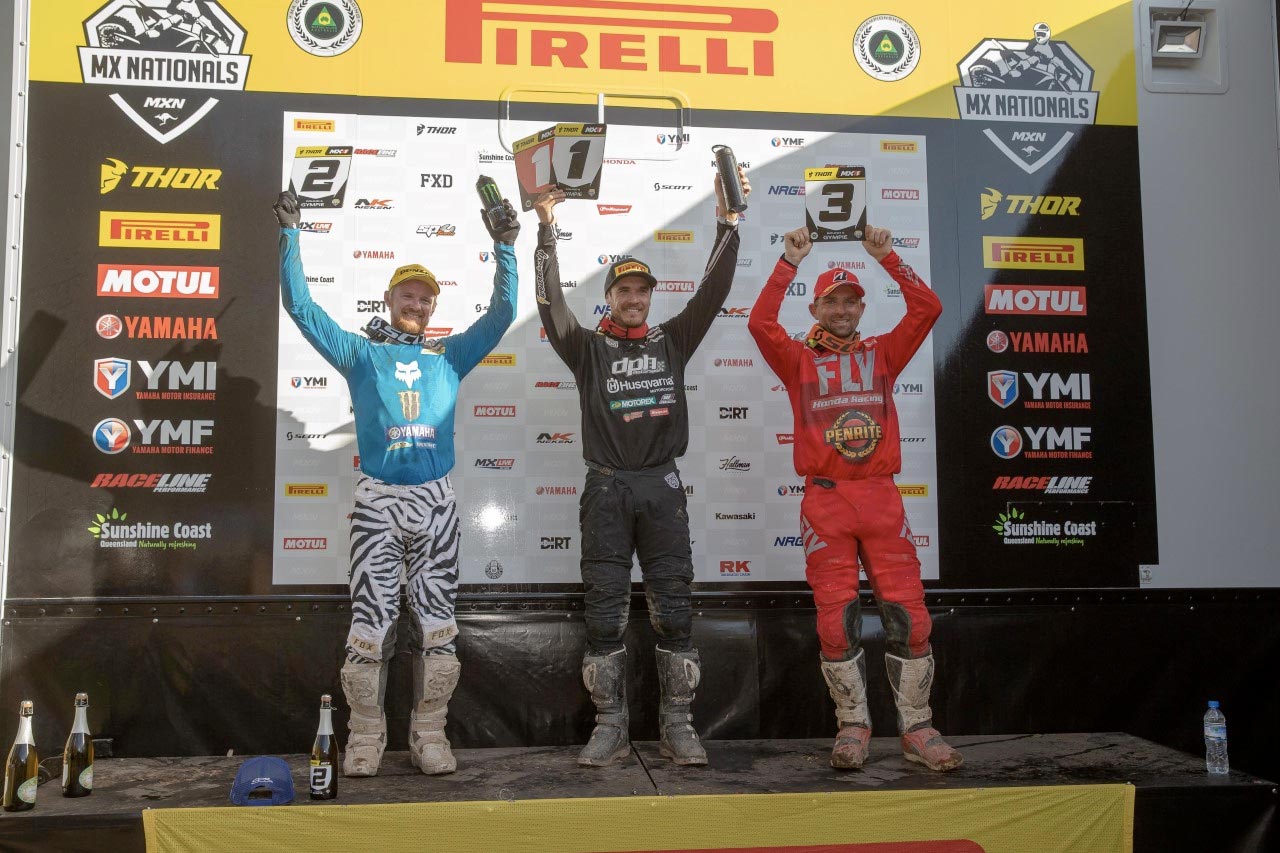 Gibbs shared the podium with Todd Waters and Brett Metcalfe.