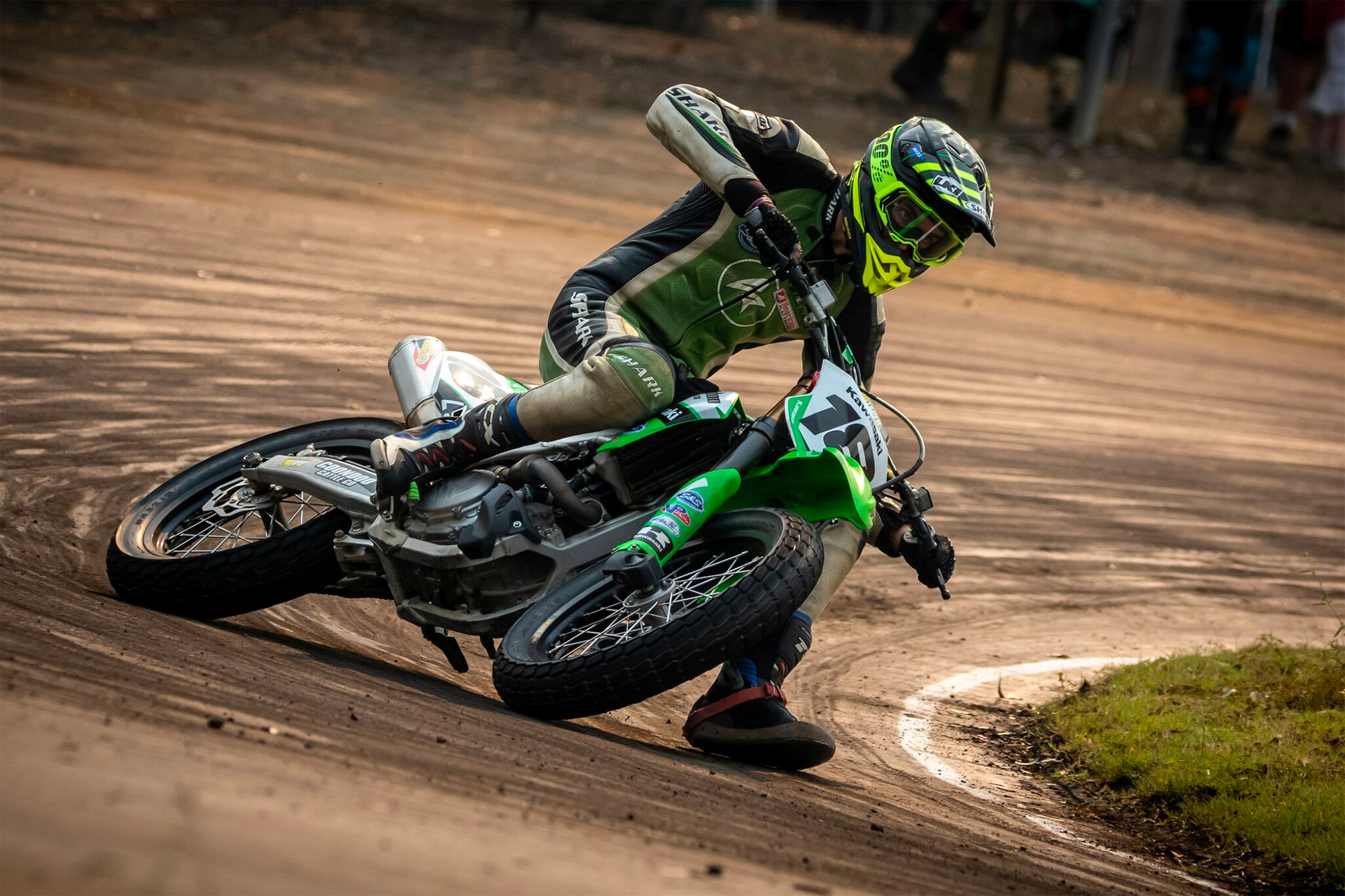 The 2019 Sultan of Slide: Max Whale
Max Whale has secured the overall Championship win in the MX450 class for the inaugural Indian Motorcycles Sultans of Slide, despite a hard-charging Michael Kirkness taking the round win on the Macleay oil track over the weekend.

With racers once again facing well over 50 laps of racing, the Sultans of Slide threw yet another new surface at riders, who adapted quickly, using the very same 19" wheel and tyre combination in all three rounds.

Heading into the third and final round in the MX450 class, Max Whale held a six-point lead over Michael Kirkness, a rider ultimately determined to take it down to the wire. With a near perfect weekend, Kirkness took five from seven race wins (2-1-1-1-1-1-2), forcing the pressure onto the younger rider. Needing to finish third or better overall, Whale took a consistent run of podiums to take second and the $5000 winner‰Ûªs cheque, courtesy of Indian Motorcycles. On the unique and grippy surface, Tom Edwards broke through for his first race win of the series, while the ever-fast Jarred Brook (5-2-2-3-5-2-5) once more secured third for the round and the series. 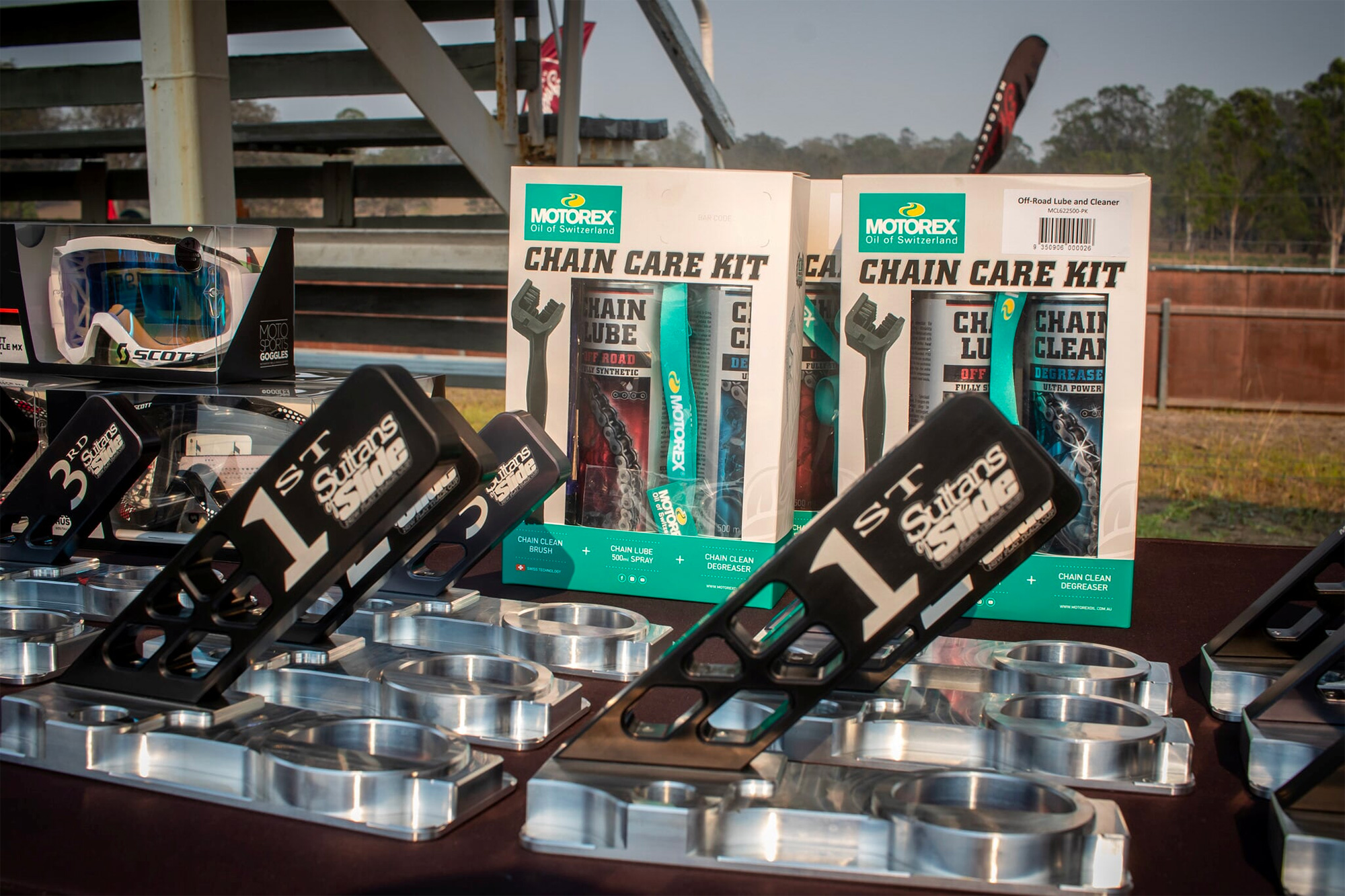 For the first time, the Multi Open class saw big twins, triples and inline fours line up on the Macleay oil, where Tom Edwards (1-3-1-1-2-2-11) was able to use the 122 horsepower of the FTR 1200 S to take three race wins, ahead of eventual round and series winner Max Whale (2-1-2-12-1-1-1) . A flat tyre for Edwards early on in the final 15-lap race saw the road-race ace on the sidelines, and just four points from Whale, who also suffered a technical issue in the fourth race of the day. Daniel Yarnold rounded out the podium for third, however it was Jamie Portelli, with a consistent run in all three rounds who secured third in the series. 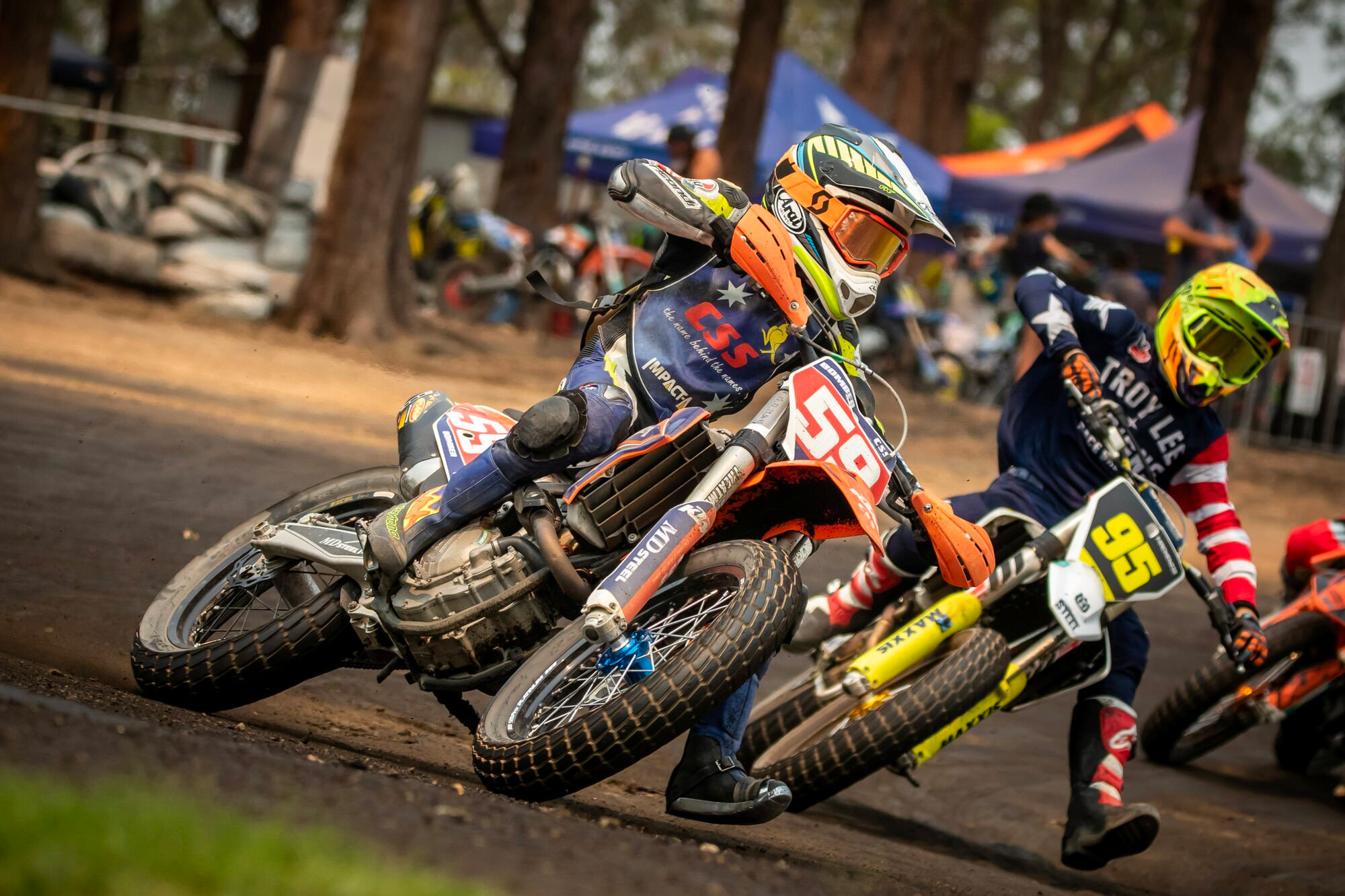 Tom Drane secured the win in the Junior Lites class.
Despite Jayden Holder, Beau Bailey and Riley Nauta taking the top three places on the day, it was Sam Drane with a fourth in the 65cc class who secured the overall win, ahead of rivals Viv Muddle and Billy Clark in the largest field of 65s in the series to date. Holder and Bailey traded wins throughout the day. A crash in the final race ultimately decided the final placings.

John Kennedy has won the 85cc two-stroke/150cc four-stroke class ahead of Jock Hulland and James Wood, despite Kristian O'Donnell, Thoren Openshaw and Aston Davis earning the top three places on the day, with O'Donnell putting on a dominant display on his home track, taking all-bar one win.

Junior Lites racer Tom Drane secured the overall win in the class, after racing to fourth on the day behind locals Mackenzie Booth, Tyler O'Donnell and Tyler Billing. Alex Wallace and Daniel Kennedy's consistent runs throughout all three rounds secured them second and third respectively as they adapted to the different surfaces. 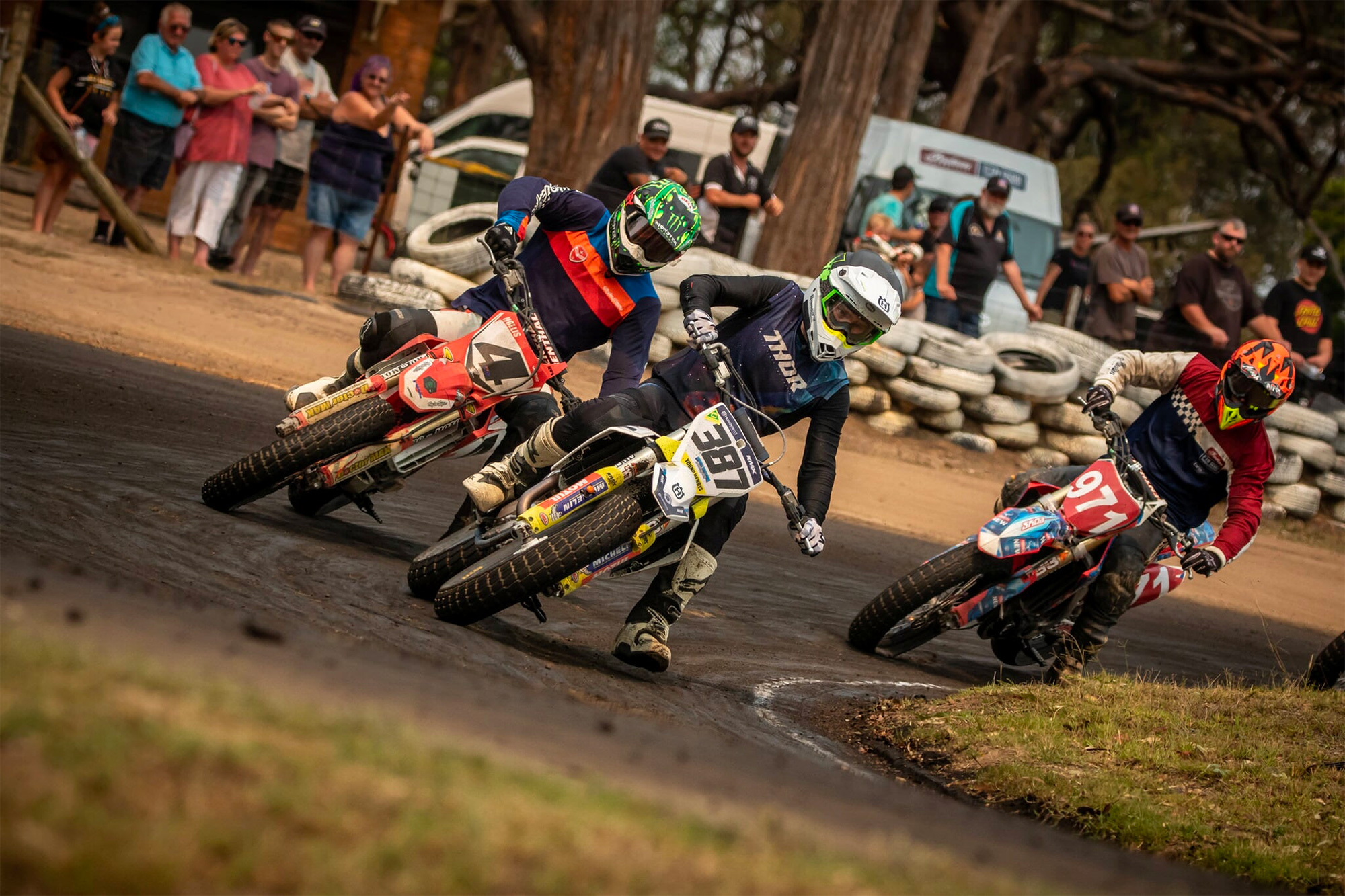 "What a whirlwind the last three weeks have been!" Motorcycling NSW CEO, Dave Cooke stated. "The Sultans of Slide was a concept designed to introduce and try some ideas so that we can try to create more interest in a discipline of our sport that is held close to hearts of many people. Dirt track has honed the skills of so many successful racers on the international stage, and we're determined to make sure we do everything we can to ensure the future of the sport. Judging from the initial feedback, it was clearly a success, with a lot of ideas being well received by entrants, parents and spectators alike.

"Congratulations to our winners, and also to all those who entered. Without the riders supporting the series and providing us with feedback we wouldn‰Ûªt achieve anything, so thank you. To the three clubs, volunteers and the MNSW staff, thank you for all your efforts in making this series come to life. I'd also like to thank Indian Motorcycles, MSCMoto, Dunlop, Unifilter, Scott, Motorex, RJays and MXStore for going out on a limb to support an unknown series and to give back directly to the entrants. If nothing else, the Sultans of Slide has prompted some conversations, although I really do think that we've just seen a snapshot of the future. It‰Ûªs now up to us to build it." 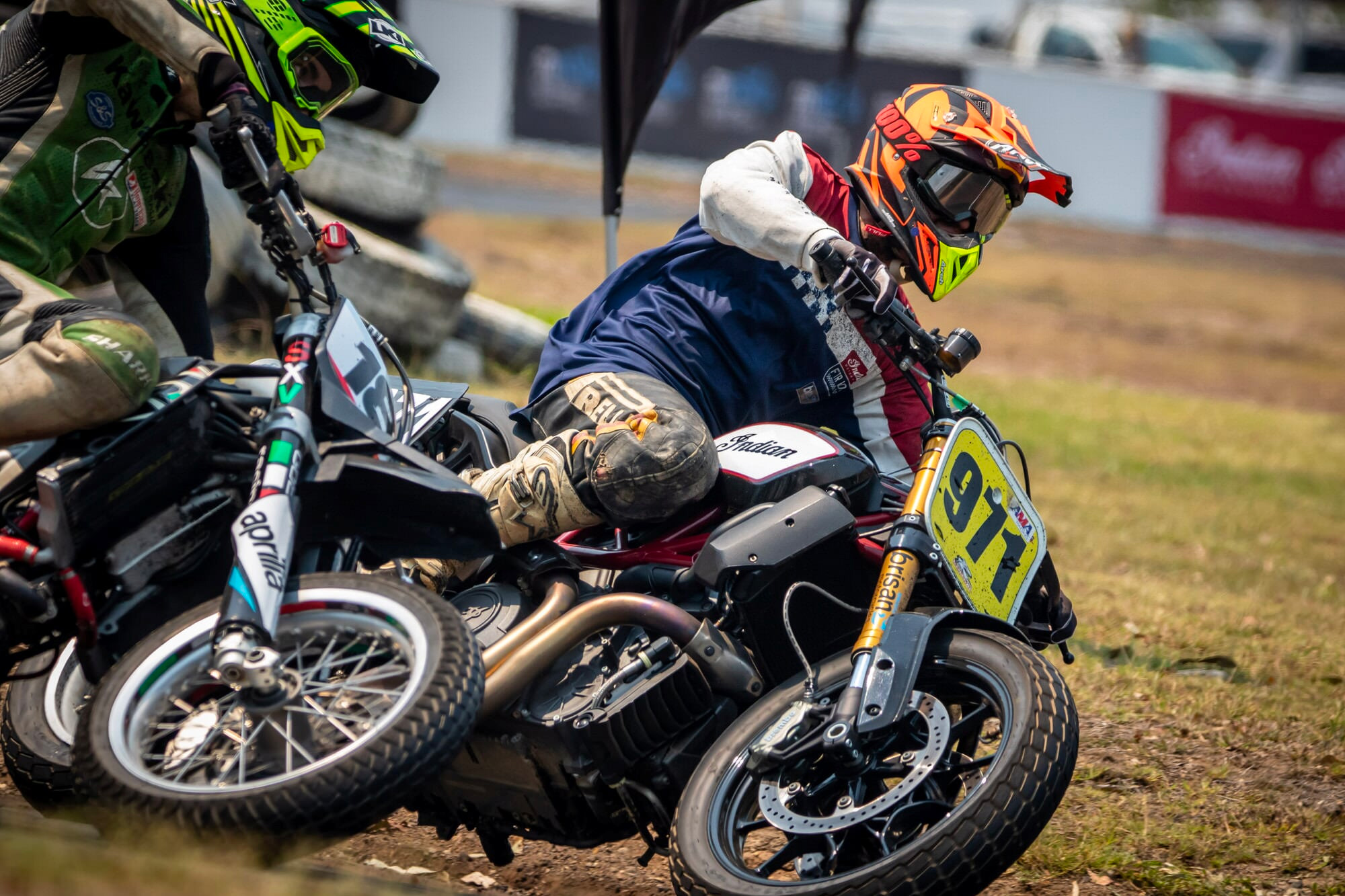