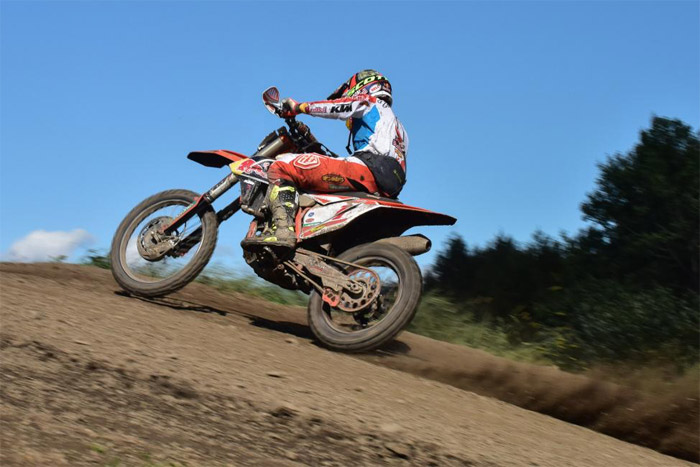 September 11, marked the tenth round of the 42nd Annual AMSOIL Grand National Cross Country (GNCC) Series presented by Maxxis, an AMA National Championship. FMF/KTM Factory Racing's Kailub Russell continued his dominance in the XC1 Pro class where he claimed his seventh overall win of the season.

With anticipation at an all-time high with the return of racing after a three-month "summer break" hiatus, it was Rockstar Energy Husqvarna Factory Racing/Bel-Ray's Josh Strang who made quick work off the start to earn the $250 All Balls Racing XC1 Pro Holeshot Award. With Russell buried mid-pack, Strang looked to use his good start to his advantage.

However, Russell made quick work through the pack, and once they checked through timing and scoring for the first time the three-time defending champion already had a 43 second gap on Strang who maintained the second place position. Strang was accompanied by Rocky Mountain ATV*MC/KR4 Arrive-N-Ride Team's Thad Duvall.

As the three-hour race wore on Russell kept extending his lead, while Strang and Duvall battled it out wheel-to-wheel. Duvall secured second when Strang took a quick pit stop to take off his hydration pack. Strang didn't lose much time and kept Duvall in tow. 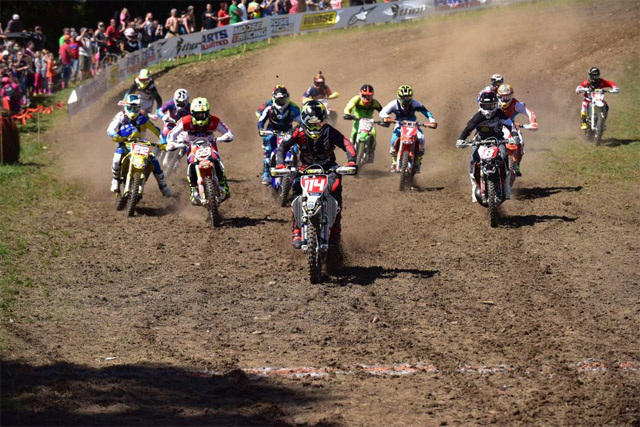 Josh Strang started off the day earning the $250 All Balls Racing Holeshot Award.- Credit: Ken Hill
With a nearly two-minute gap on the duo of Duvall and Strang, Russell was able to rebound from a crash he experienced on the last lap and still see the checkered flag first. "I did what I wanted to do the first half of the race and then just maintained from there," said Russell. "I was having fun, until the last lap where I ended up going over the bars on the railroad ties and clipped another rider and it jerked my hands off the bars."

With it being an eight lap race, Duvall and his team members decided to make a pit stop on the last lap allowing Strang, who decided not to pit, by for second. Strang continued to fend off Duvall where a mere three hundredths of a second separated the duo when the crossed the finish line.

"I got off to a good start and got out front early," said Duvall. "I felt like I rode great and had an epic battle with Josh all day. We decided to pit on the last lap because we didn't want a repeat of Georgia when I ran out of gas. I may have been a little tired the last lap when I was trying to pass Josh back, but I gave it my all. You can never be unhappy when you know you left it all out on the track."

"Second isn't too bad it's just not what we are after," said Strang. "We are after points. The track was good, the fans were great, and the weather ended up being perfect so overall it was a good day."

SRT/KTM/Kenda Tires' Steward Baylor Jr. placed just off the podium in fourth, one of his best races this season. Baylor began the day outside the top-10, but worked his way through the pack even as he began to experience brake issues on the last two laps.

Once the XC2 Pro Lites class got underway it was Coastal Racing/Husqvarna/MSR's Layne Michael who found himself in a favorable position to earn the $100 Hot Cams XC2 Pro Lites Holeshot Award. Trail Jesters Racing's Ben Kelly would steal the lead position away until N-Fab/AmPro Yamaha's Josh Toth took over.

Toth continued to charge hard when he began to feel pressure from Michael on the last lap, but ended up holding it all together to cross the line victorious. This win marked Toth's first XC2 Pro Lites win. Michael would see the checkered flag just nine seconds after Toth, and Beta USA/Fly Racing/Kenda Tires-backed Nick Davis held the last podium position. Kelly and Coastal Racing/Husqvarna/MSR's Craig Delong rounded out the top five.

"It's awesome to pull my first win at what I consider my home race," said Toth. "All my friends and family came out and it was great to have them cheering me on around the track. I pumped up in the beginning, but I was able to loosen up and move through the pack. Once I made it in the lead I just kept my head down and stayed focused, and I'm just excited to be standing here."

With 23rd overall Alex Teagarden was awarded the $125 American Kargo Top Amateur Award. Christopher Venditti and Zach Nolan followed in second and third for the amateur overall podium in the 1 p.m. Pro Race. 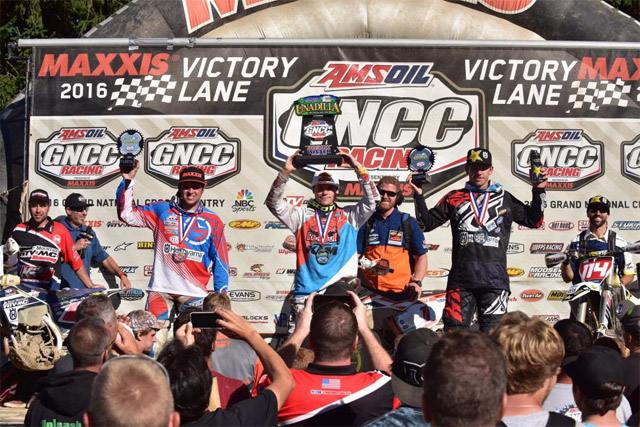