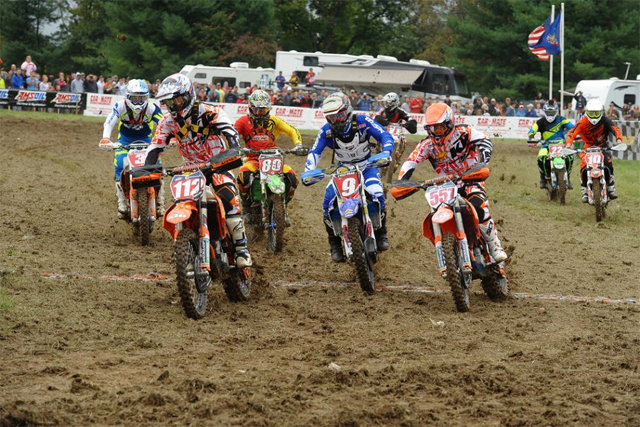 Kailub Russell leads the way into the penultimate round of racing with an impressive five-race winning streak behind him, where he holds a slight advantage over Charlie Mullins in the XC1 Pro Class championship standings.

The Factory FMF/KTM teammates make up all but one of the overall wins this season, but it's Russell who tops the field with a total of six wins through the first eleven rounds.

Russell has continued to pick up momentum in the second half of the season with a five-race winning streak, but his teammate Mullins has shown no mercy during the three-hour competitions. Mullins holds four overall wins and a slew of hard-fought second place finishes, where he sits seven points behind Russell in the overall standings.

Nytro Handguards/B.R.E KTM's Chris Bach holds the third place position in the overall standings as the only rider to finish inside the top ten overall through each of the first eleven rounds. Shenandoah Honda/USWE-Sports.com's Thad DuVall finished atop the podium last round, closing the gap to 16 points behind Bach in the point standings. DuVall currently has one overall win with two rounds remaining and the West Virginia native looks to secure another victory this weekend at Powerline Park.

Rocky Mountain ATV/MC's Josh Strang sits another three points back from DuVall in the overall standings, where he looks to make his way into the fourth place position. The Australian native has five podium finishes this season but the 2010 XC1 Champion has yet to get a race win in 2013. Strang, along with Bach and DuVall, will attempt to dethrone the KTM teammates this weekend in Ohio.

And then there's AmPro Yamaha's Jordan Ashburn. Although Ashburn sits back in the eighth place position overall, the Tennessee native has put forth several impressive rides this season, matching his season-best of fourth place last round. Ashburn has proven to have the speed to compete with the front-runners and will look to secure his first podium finish of the season this weekend. 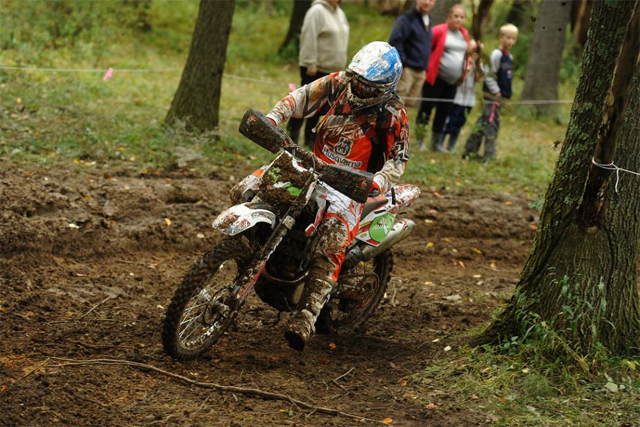 Andrew DeLong has the most XC2 wins this season despite missing two rounds Credit: Ken Hill
In the XC2 Pro Lites class, F.A.R Husqvarna's Andrew Delong captured his fifth win of the season at the last round, but sits third overall in the class after eleven rounds. Despite holding the most race wins in the XC2 class, DeLong's two-race absence has removed the Pennsylvania native from the championship chase in 2013.

The championship battle comes between KTM Support rider Grant Baylor and DirtWise Schools/KTM-Parts.com/Maxxis' Jason Thomas, as only 28 points separate the two heading into this weekend's penultimate round.

In his rookie season, the 16-year-old Baylor has captured three XC2 wins through the first eleven rounds, while Thomas has just one win. However, valuable points are still up for grabs in the final two rounds and this year's title will most likely come down to the final moments of competition.