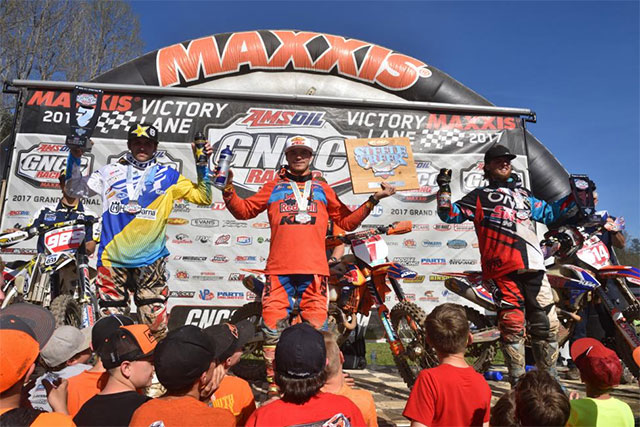 With a mix of sun and warm temperatures the groundwork was laid for one of the best races thus far in the season. At the end of the grueling three-hour race it was FMF/KTM Factory Racing's Kailub Russell who claimed the overall win.

As the green flag dropped it was Rockstar Energy/Factory Husqvarna Racing's Josh Strang who headed into the woods first earning himself the $250 All Balls Racing Holeshot Award. Strang felt immediate pressure from Russell who was on his back tire as they headed into the woods. 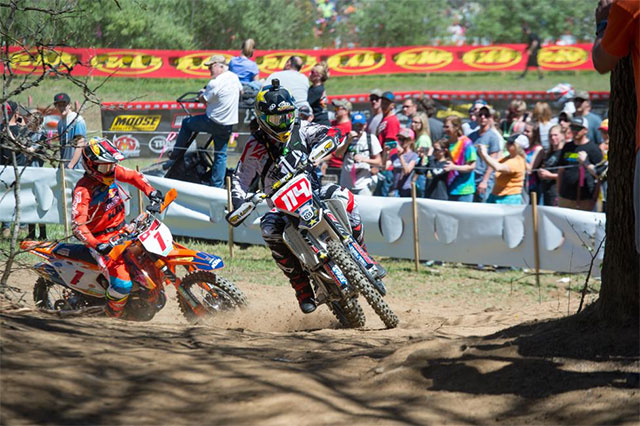 Aussie Josh Strang grabbed the holeshot, with Kailub Russell in tow. Credit: Darin Chapman
Russell made quick work on the open trail and took over the lead before the shortened first lap was complete, with Rockstar Energy/Factory Husqvarna Racing's Thad Duvall and FMF/KTM Factory Racing's Russell Bobbitt in third. With a quick check over his shoulder, Russell lead the way through timing and scoring for the first time.

JCR Honda's Trevor Bollinger got off to a top-five start at his home race, and made quick work to pass for fourth and set his eyes on closing the gap for a podium position early on. Coastal Racing/Husqvarna's Ryan Sipes wasn't ready to hand over the position where he raced wheel-to-wheel with Bollinger. The duo had a rather large gap on SRT/KTM's Steward Baylor who was in fifth. Much like the previous round, Baylor challenged himself and charged through the pack and began gaining valuable time and positions. 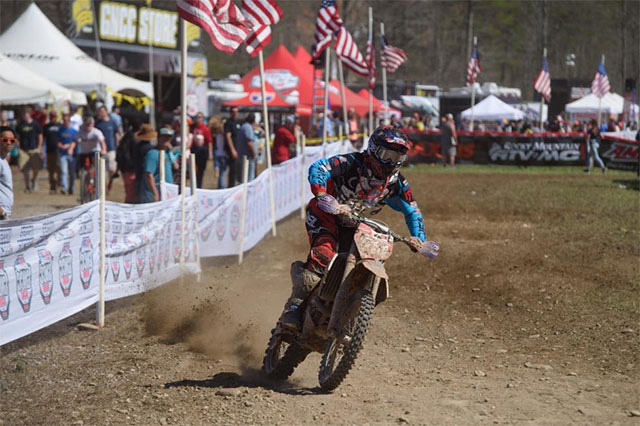 Steward Baylor worked his way from eighth to round out the overall podium. Credit: Ken Hill
Russell came in contact with a banner midway through the race, but the conflict wasn't enough for Duvall to be able to make the pass. It wouldn't be until pit strategies came into place that a change-up in the lead would occur. Both Russell and Duvall elected to pit on the same lap, but Duvall's pit was just a bit quicker than Russell. Russell pulled back onto Pro Row as Duvall squeezed by to take command of the lead. Duvall's success quickly came to an end when Russell took back the first-place position as they re-entered the woods.

The mid-way point of the race also served as the turning point for Baylor's race where he focused in on Bollinger in third. The two riders swapped the final podium position multiple times, until Baylor was finally able to take if for good on the fifth lap.

It wouldn't be until the last lap when Russell had a little bit of breathing room, much like Russell, Baylor also found himself with a small gap over Bollinger. As they raced to the finish line, Russell would earn his third win of the season, with Duvall and Baylor rounding out the overall podium. Bollinger made a last minute strive, but finished just off the overall podium in fourth.

"It was a tough day out there, it wasn't what I was expecting," said Russell. "I thought the track would have more moisture. In some places you would have good traction, and other places it would just go away. I laid down a good pace on the first lap and Thad hung on there all the way to the end." 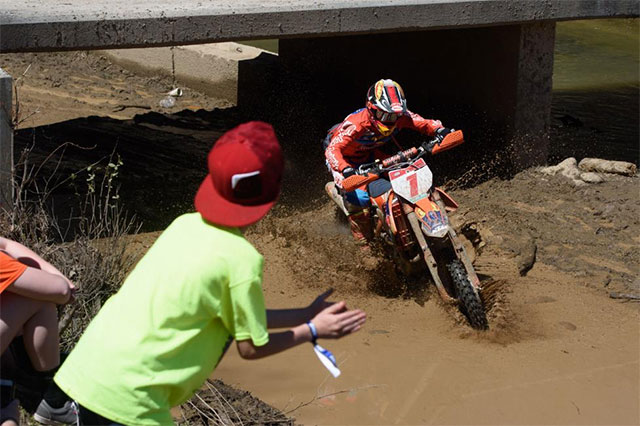 N-Fab/AmPro Yamaha's Josh Toth came out with the XC2 250 Pro win, extending his win streak to four-in-a-row. Following behind him was Coastal Racing/Husqvarna-backed Craig Delong in second, and RPM/KTM's Mike Witkowski returned to the podium in third. JCR Honda's Austin Lee showed great improvement this weekend finishing fourth. After being involved in first turn crash, Coastal Racing/Husqvarna's Layne Michael eventually came back to lead the race, but had to settle for a respectable top-five finish. 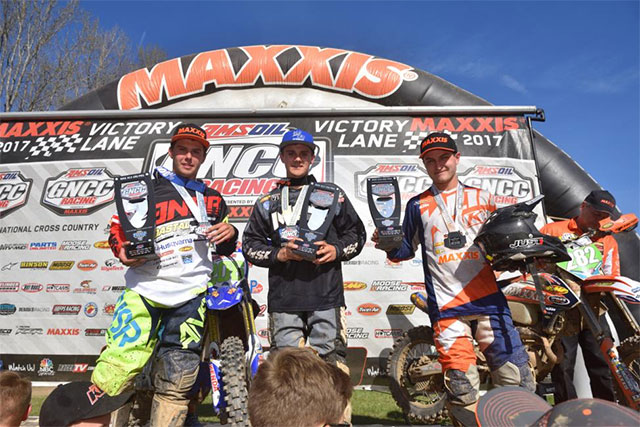 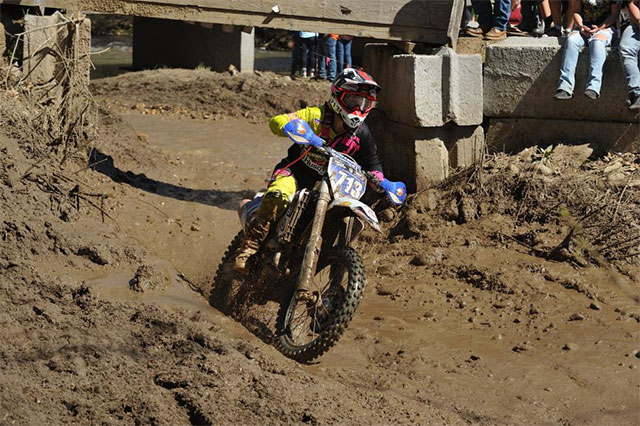 Australian Tayla Jones remains undefeated in the WXC division, where she earned her fourth win today. Credit: Ken Hill
The first podium of the day consisted the of the overall youth racers from the 8 a.m. race. After a hard fought race, Zack Davidson came out with the top position claiming his fourth overall win. Peyton Whipkey and Ryder Leblond followed in second and third. 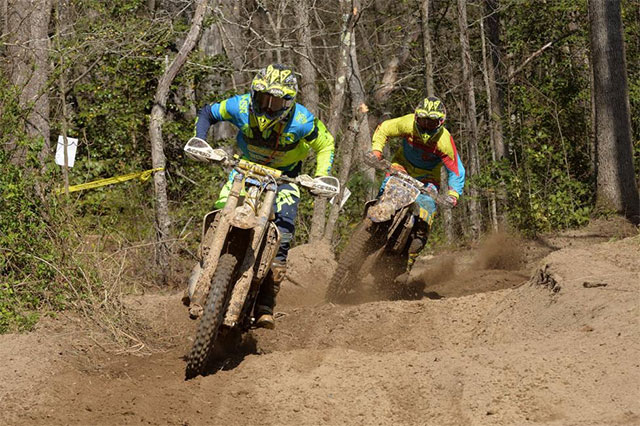 Jack Edmonston battled with Jason Thomas for majority of the race, but it was Edmonston who would come out on top. Credit: Ken Hill
FMF Steele Creek GNCC - Morganton, North Carolina -Round 4 of 13