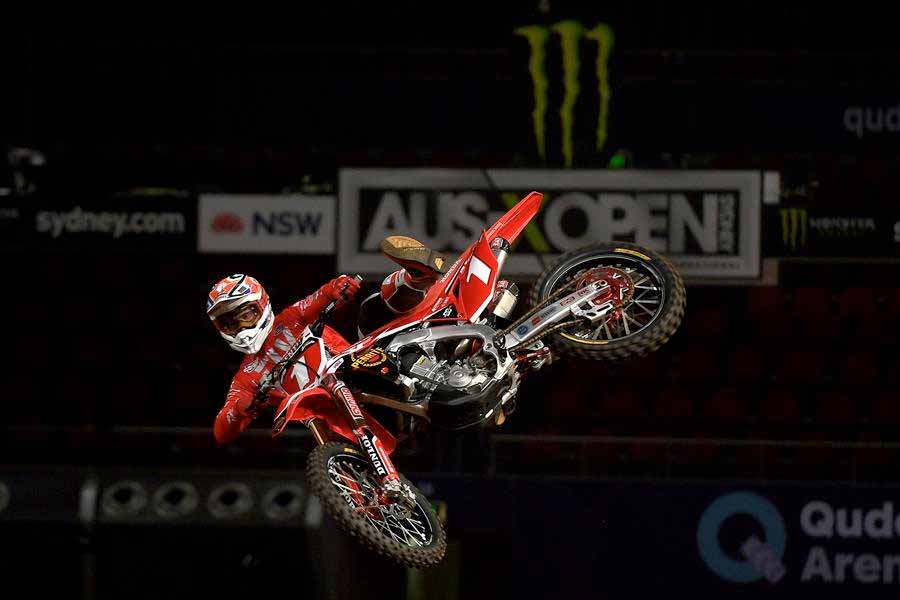 After coming agonisingly close to victory in 2016 and once again finding himself on the podium in last year, the reigning Australian Supercross Champion and World Championship number five will look to challenge both his Aussie and International rivals at Qudos Bank Arena in 2018, with his eyes firmly set on the top step.

‰ÛÏThe AUS-X Open is one of the greatest events outside of the US, and having been so close to winning it before, I‰Ûªm determined to come back faster and ready to win in November,‰Û 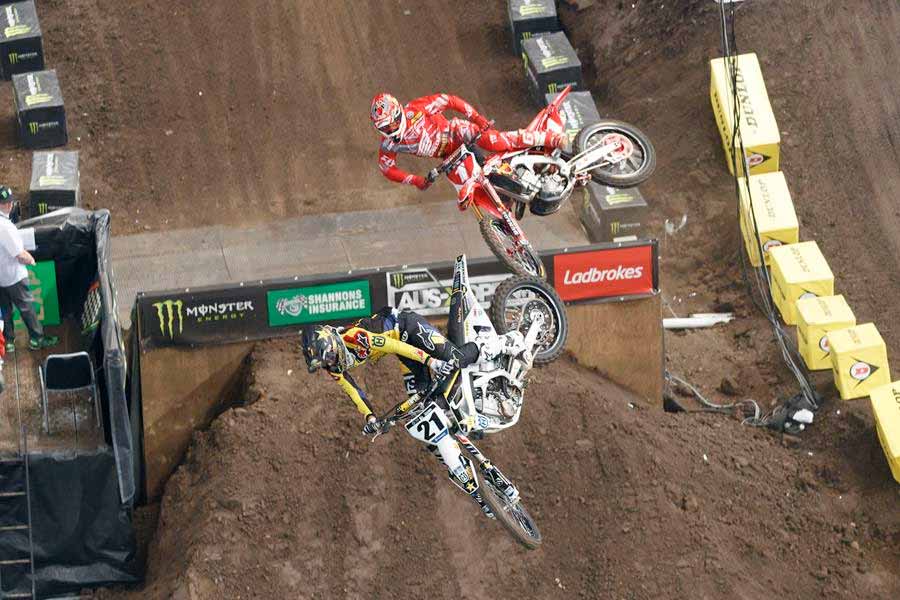 Brayton came close in 2017 after fighting it out with eventual winner Jason Anderson (21)
Honda Motorsports Brand Manager Glyn Griffiths says the return of Brayton to Australia in 2018 was exciting for the entire team as they continue to support him in his quest to win the Internationally renowned AUS-X Open.

Justin is a remarkable racer and his achievements so far this season have solidified his position in the sport as a legend, especially after winning the illustrious Daytona Supercross.

The Monster Energy AUS-X Open Sydney will incorporate the fifth and final round of the Australian Supercross Championship and is one of the largest Supercross, FMX and action sports events in the world - with more extreme racing than ever before in 2018.

Featuring the world‰Ûªs best on two wheels, combined with concert-like entertainment values, all within the comfort of one of Australia‰Ûªs most iconic indoor venues.

With International Superstar Justin Barcia already announced, and further announcements regarding athlete line up and much more are expected to follow in the coming days. 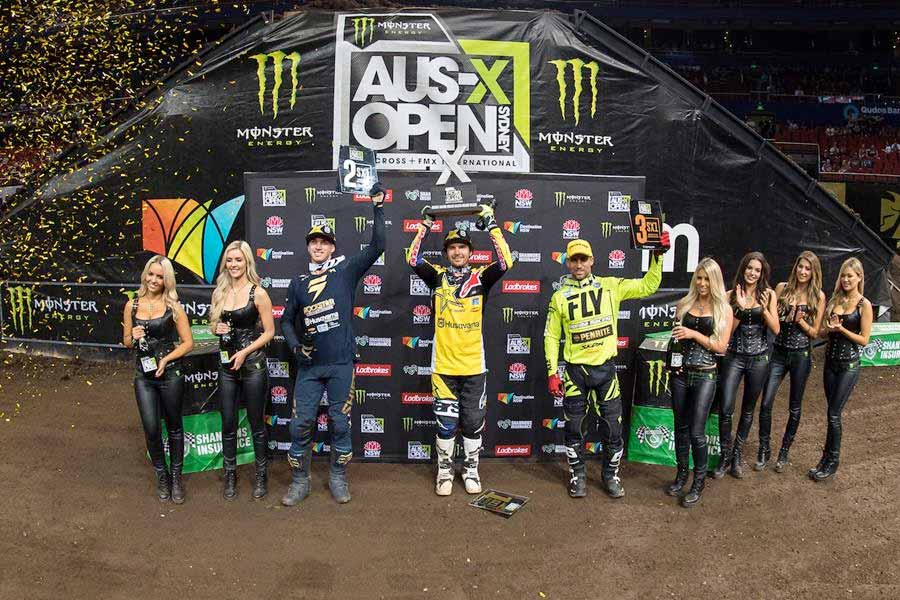 It was an all international podium in 2017 with Dean Wilson (left), Jason Anderson (center) and Brayton occupying the podium.