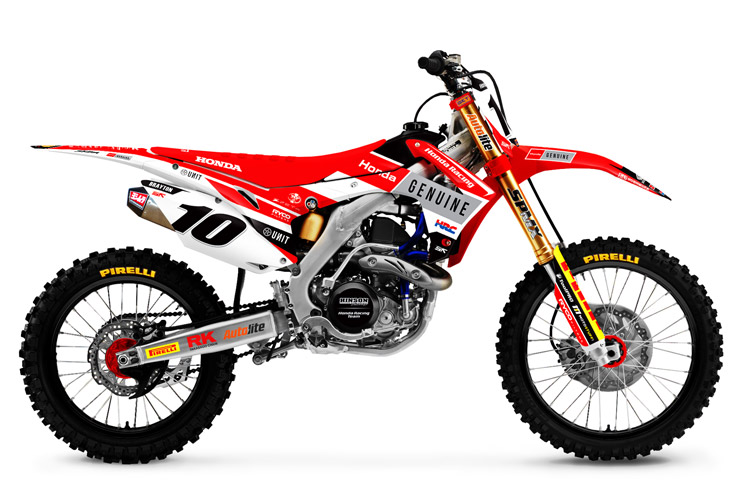 The team will be lead by seasoned international front-runner rider Justin Brayton. The King of Bercy will return to Honda for the first time in 4 years and is looking forward to racing in Australia.

"My time with Honda was amazing and it feels great to return. I have been testing with Honda in the US and together with the HGA Honda Racing Team in Australia they have been able to create this unbelievable opportunity".

Brayton will compete in the 450 championship which is set to start on September 17th in Brisbane. His foray into professional racing started at the age of 18. Hailing from Fort Dodge, Iowa, the 30 year old still believes he has many seasons in front of him -

"This is something I hope to doing for a few years yet, I started racing professionally a lot later than most and passion to compete is still there, as is my speed"

Justin looks forward to showing his young family parts of Australia, they will be join him at round 2 of the championship.

The team will announce their second open rider tomorrow, Friday the 16th of September.

Glyn Griffiths, Brand and Racing Manager of Honda Australia is excited about the inclusion of the Honda Genuine program.

"We have the official factory team run by Motologic with Dylan Long and Jay Wilson, our Satellite lites program with Kyle Webster and Joel Whiteman and our Honda Genuine Oils, Parts and Accessories backed program under the management of Yarrive Konsky with Justin Brayton, Jimmy Decotis as well as the Penrite Honda program with Gavin Faith and Josh Cachia." Griffiths stated. "This is a strong line up.

The SX Championship was well received last year we were encouraged to step up our commitment," he concluded