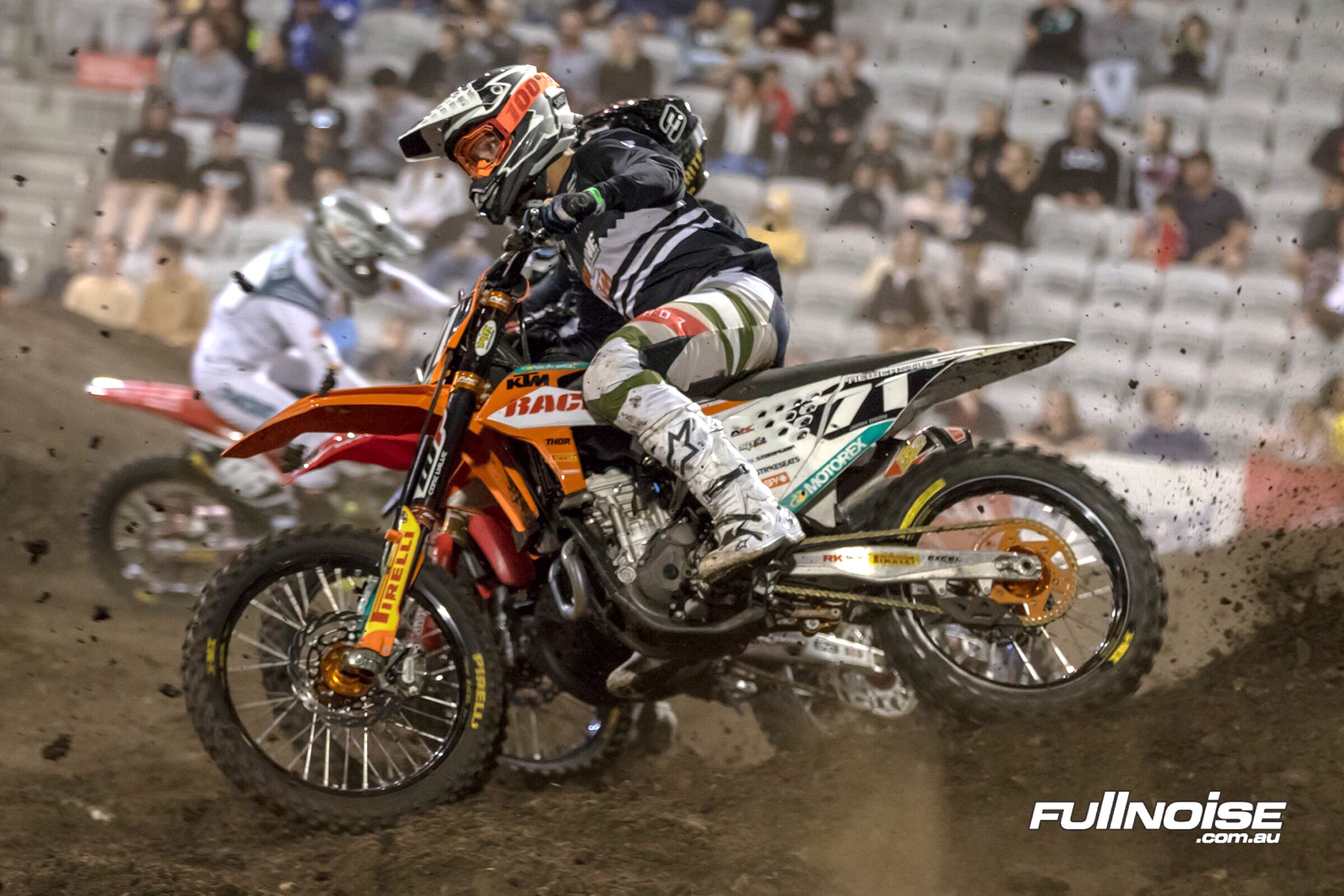 The Raceline KTM Thor rider qualified fifth during the days timed qualifying session, backing that up with a solid heat race result, battling for the lead with Chris Blose before finishing in second place for a direct transfer to the main events.

With the Triple Crown format producing extremely close racing, Osby survived the carnage of main event number one, charging through from an average start to sixth position. Looking for better track position in main event two, a better start and solid laps lead to a third position and a shot at the overall podium. In main event number three Osby gated in the top five and charged through in a monumental battle to the front of the pack, ultimately finishing second in the race and placing second position overall on the night.

‰ÛÏTonight was always going to be intense with the Triple Crown format. My game plan was solid laps and consistency with the slick track and short races. I think I played it a little too safe in the opening two races, the win just got away from me in the last one. But I‰Ûªm pumped to take the Championship lead, it‰Ûªs a great achievement for the Raceline KTM Thor team and myself," Osby reflected. 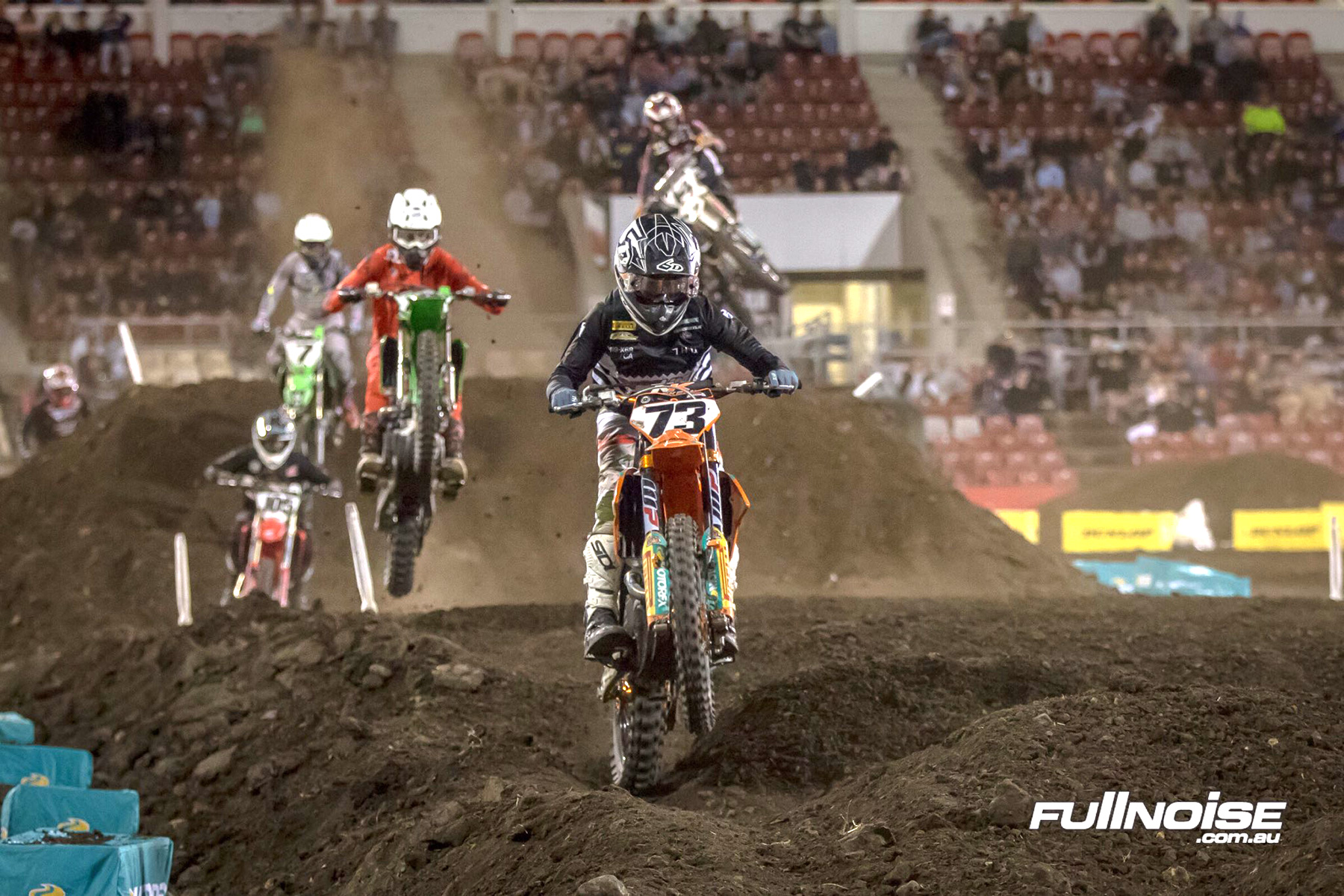 In the Main Events, Miller fielded a solid sixth in the opening race, but a collision with another rider in the whoops on the opening lap of race two ultimately derailed the nights progress with a DNF. Miller rebounded for race three, finishing in 8th position. Despite the set backs, Miller landed in tenth position overall in his maiden race in Australia.

‰ÛÏIt was a mixed night here at Wollongong. I felt great on the bike and had good speed in the heat race, but the Triple Crown format lead to some crazy racing and after a sixth in race one that I was happy with, the next two races with the crash were tough. I want to thank the entire Racine KTM Thor team, it was a solid start to my time with them and I can‰Ûªt wait to progress this week heading into New Zealand," Miller said, 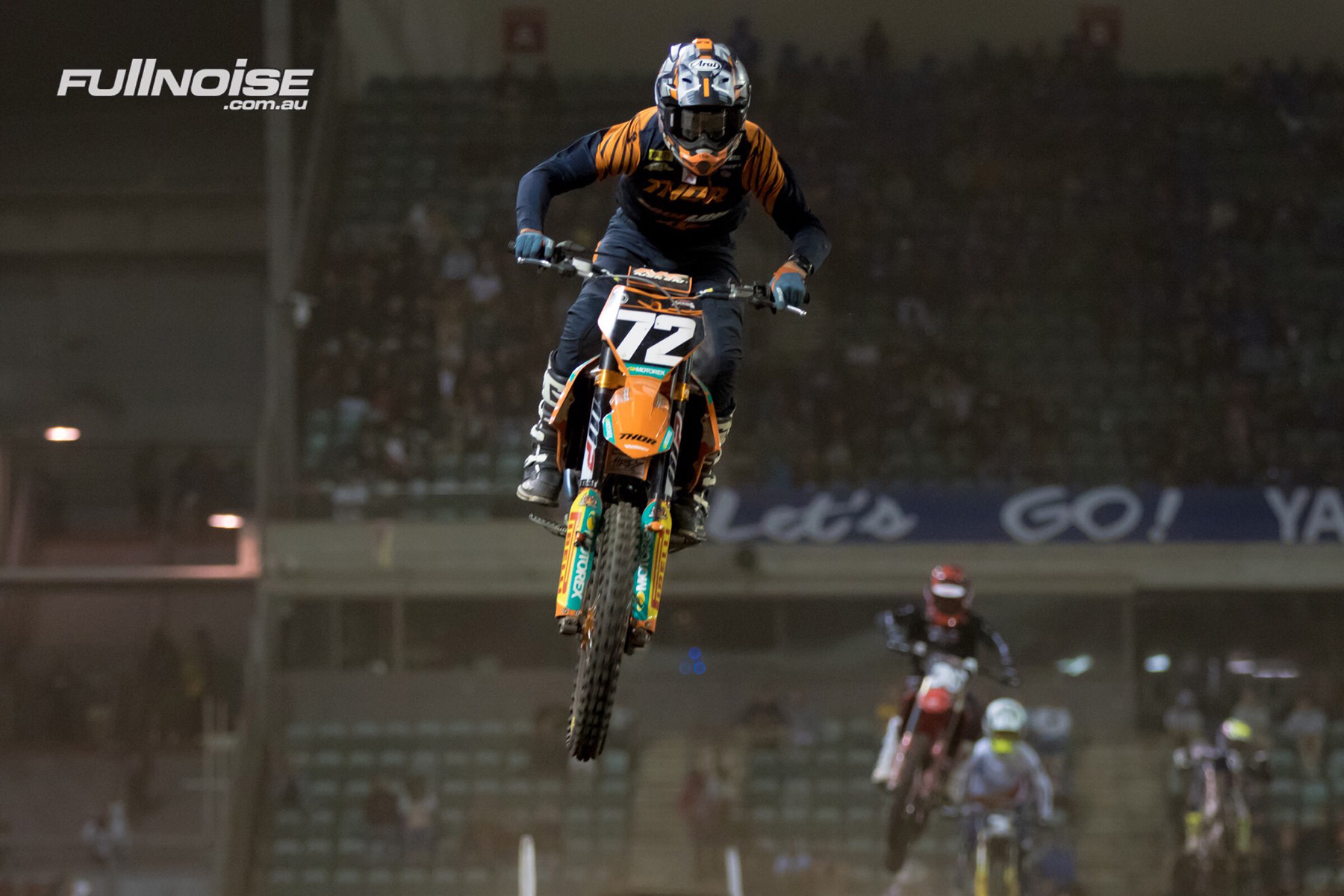 ‰ÛÏTonight was rough, I got strapped up after my fall in qualifying and I felt so tight I struggled to ride like I know I can. For the last race we figured it out and I‰Ûªm pumped to have a podium finish in a main event race, battling with my team mate was huge. Thanks to the team, we are going in the right direction and I‰Ûªm excited to see what we can do in New Zealand and Melbourne in the coming weeks," Duffy said.