Josh Green Leads the Way For Yamaha Racing at Hattah 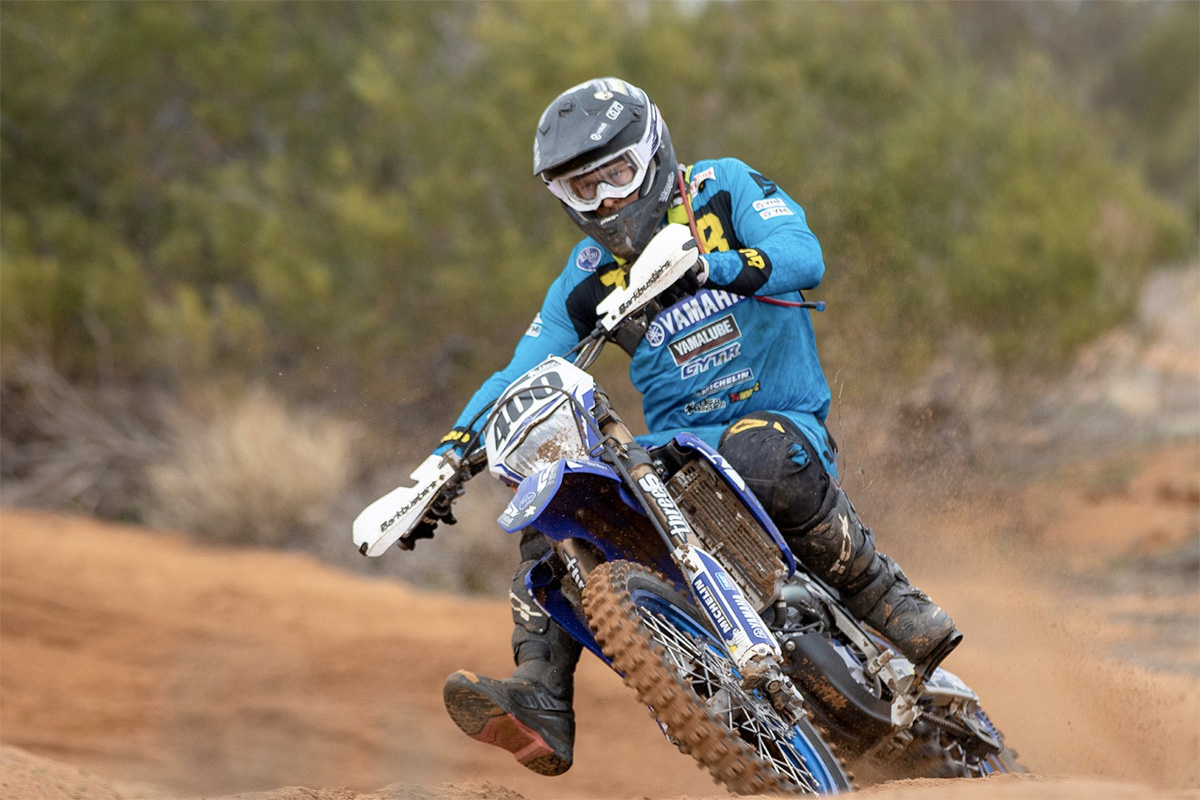 Josh Green, Luke Styke and Michael Driscoll all put their bodies and bikes through four hours of motorcycle torture to claim two class wins and a third as well as snare second outright in a very successful days‰Ûª racing for the team.

Josh Green lead the way and steered his Yamaha 450 home to second place outright and take the 251 -450cc class win. Green took four hours and sixteen minutes to complete eight laps of the sandy, rough and whooped-out Hattah course that deteriorated by the minute as nearly 800 riders took on the event.

Green had a trouble-free run throughout the day and was exhausted but elated at the end of racing.

‰ÛÏThis is always the hardest event of the year as it is so physically challenging,‰Û 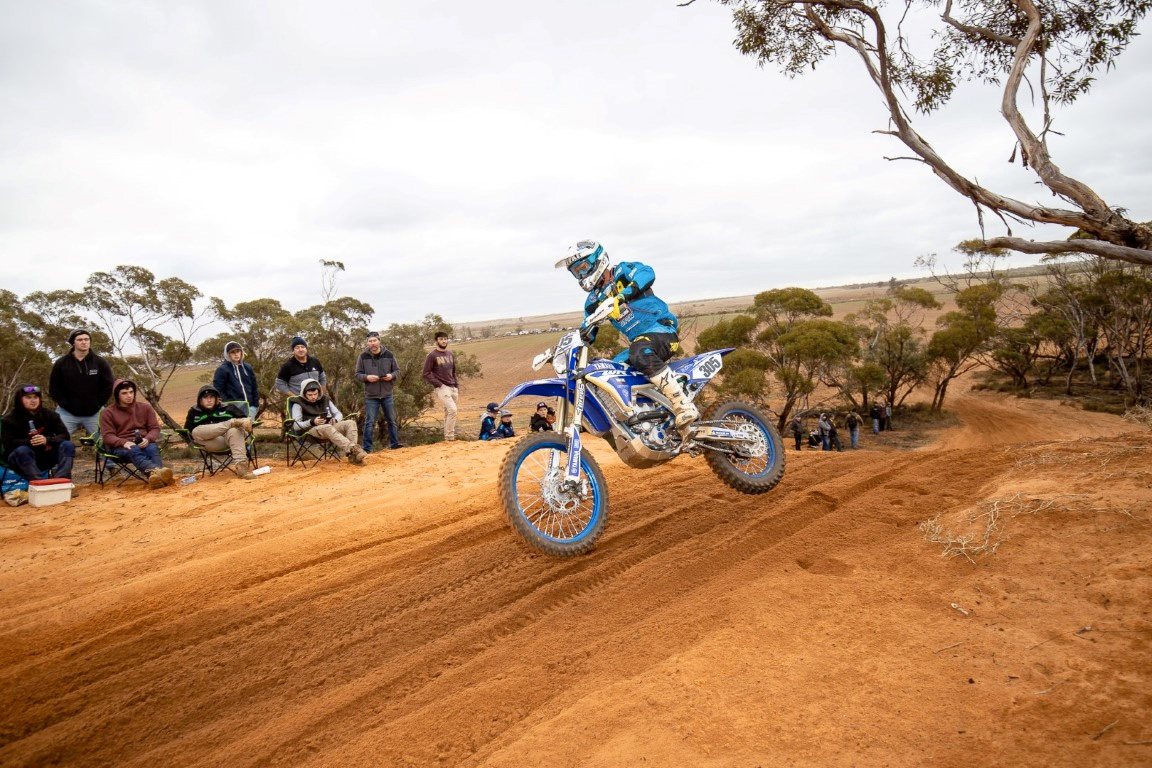 Luke Styke put in plenty of preparation and it paid off with a win in the 250cc four stroke class and 14th outright. Photo: John Pearson
Luke Styke made his Hattah debut and entered the 250cc class to test the waters for his first time. Styke has been a revelation since taking on off road racing at the beginning of the year but Hattah was a challenge he had yet to face.

But, he stood up to the challenge and took home the class win in the 250cc four stroke class, nearly three full minutes ahead of his nearest rival. Despite being 200cc down on the riders above him, he finished in fourteenth outright in a very impressive day on an uncompromising course.

‰ÛÏIt‰Ûªs been a while since we have raced but after speaking with a lot of the off-road guys, I knew Hattah was tough so I put in plenty of hours on the bike to be fit enough to handle it and I‰Ûªm so glad I did.

‰ÛÏFour hours racing a bike at high intensity is hard on your body and my legs, arms, hands and back all feel pretty weak at the moment but without that lead up work, there was no way I would have been able to finish as well as I did.

‰ÛÏMy bike was bullet proof again today and the team must take huge credit for that. To prepare a bike for a race as tough as this isn‰Ûªt easy and to keep it running as strong as it was after four hours of abuse is a credit to them. 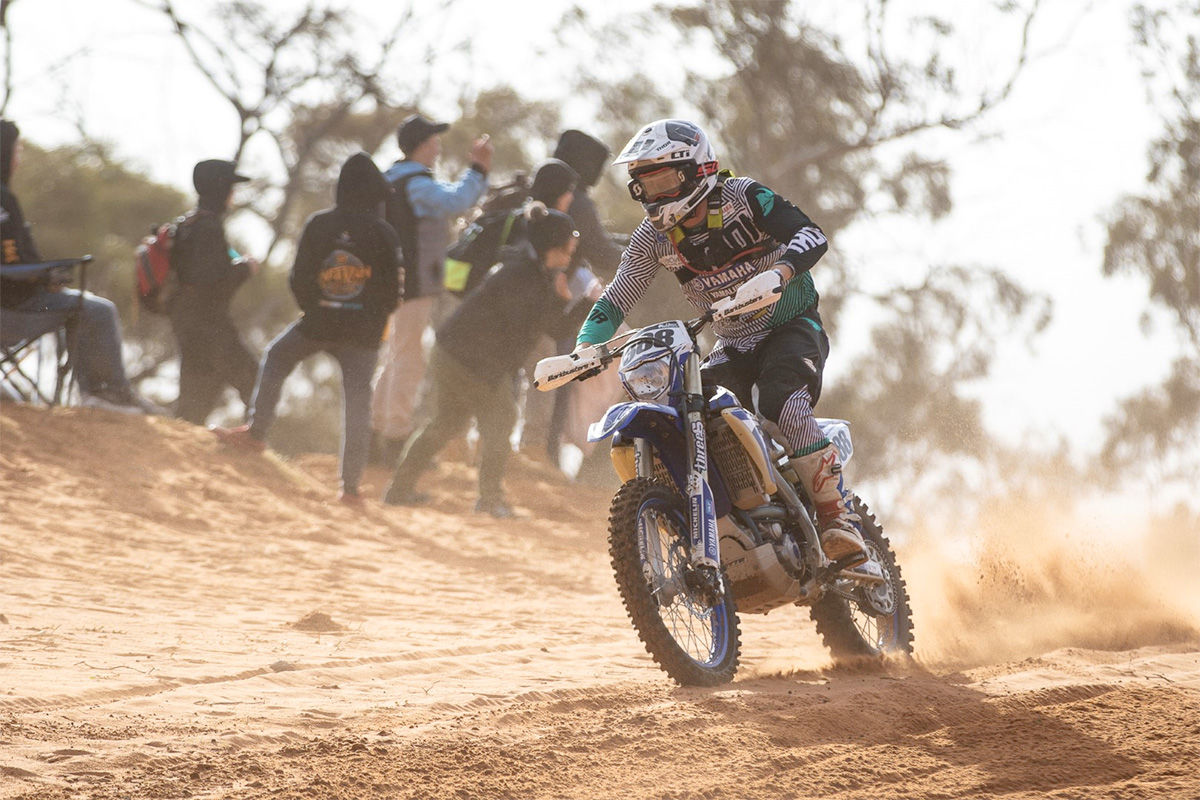 Michael Driscoll filled in for the injured Wil Ruprecht and snared third-place finish in the 250cc four stroke class and 18th outright. Photo: John Pearson
With Wil Ruprecht recovering from his shoulder injury, Michael Driscoll, flew the flag for the Yamalube Yamaha Active8 team and raced alongside Styke on the 250cc class. Driscoll, had competed this race last year in the U19 division so he knew what he was in for.

He also continued his good season with a third-place finish in the 250cc four stroke class, making it a 1-3 for the team. He finished 18th outright in a good showing for the talented off-road racer.

Like his team mates, Driscoll also had an incident free run and kept his Yamaha 250 purring along nicely the entire event to take a well-deserved podium finish and again make progress in his racing.

‰ÛÏIt‰Ûªs my second time racing this event and I have learned more about what it takes to do well here and the preparation required,‰Û