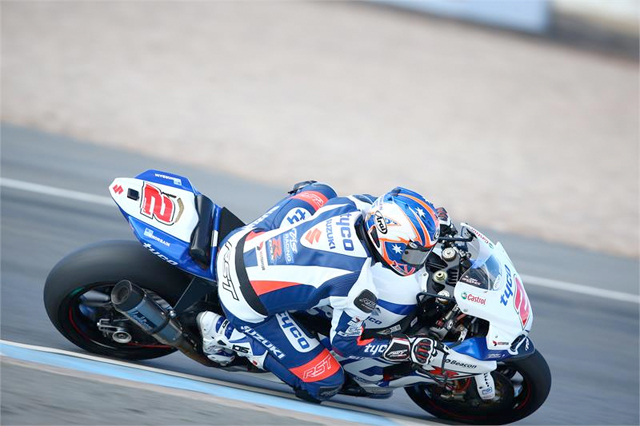 "I'm pretty disappointed with the results." Brookes admitted regarding the weekends result. "This time last year my lap times were good enough to win both races and I went faster this weekend and didn't get much for mine or the team's efforts.

"We just didn't get the best out of the bike today, but it's disappointing, as I've probably ridden as hard, or harder, than I have in the past to win races and we get fourth and fifth. I was pushing the front way-past where I should have been and got away with it, yet at Cadwell, I was doing the opposite and crashed.

"I know the team is working as hard as it can; and if we look at the bigger picture, it's not that bad, but it has been frustrating for everyone today."

Team Manager Philip Neill will be working hard with Brookes over the coming days to ensure the whole team is set to go when the title fight starts at the next round of the championship.

"In terms of our Championship Challenge, today was very disappointing, that's for sure." Neill stated. "Although our pace was quite good all weekend, we simply were not fast enough over race distance to challenge the podium positions.

"In the coming days we will analyse everything possible to understand why this was the case. Of course we still intend to fight for this Championship. However, we have some work to do before Assen to ensure we are back at the front challenging for race wins," Neill concluded.

Top Image: Josh Brookes did not have the day he was looking for at Donington Park heading into this years BSB Showdown
Credit: Suzuki Racing