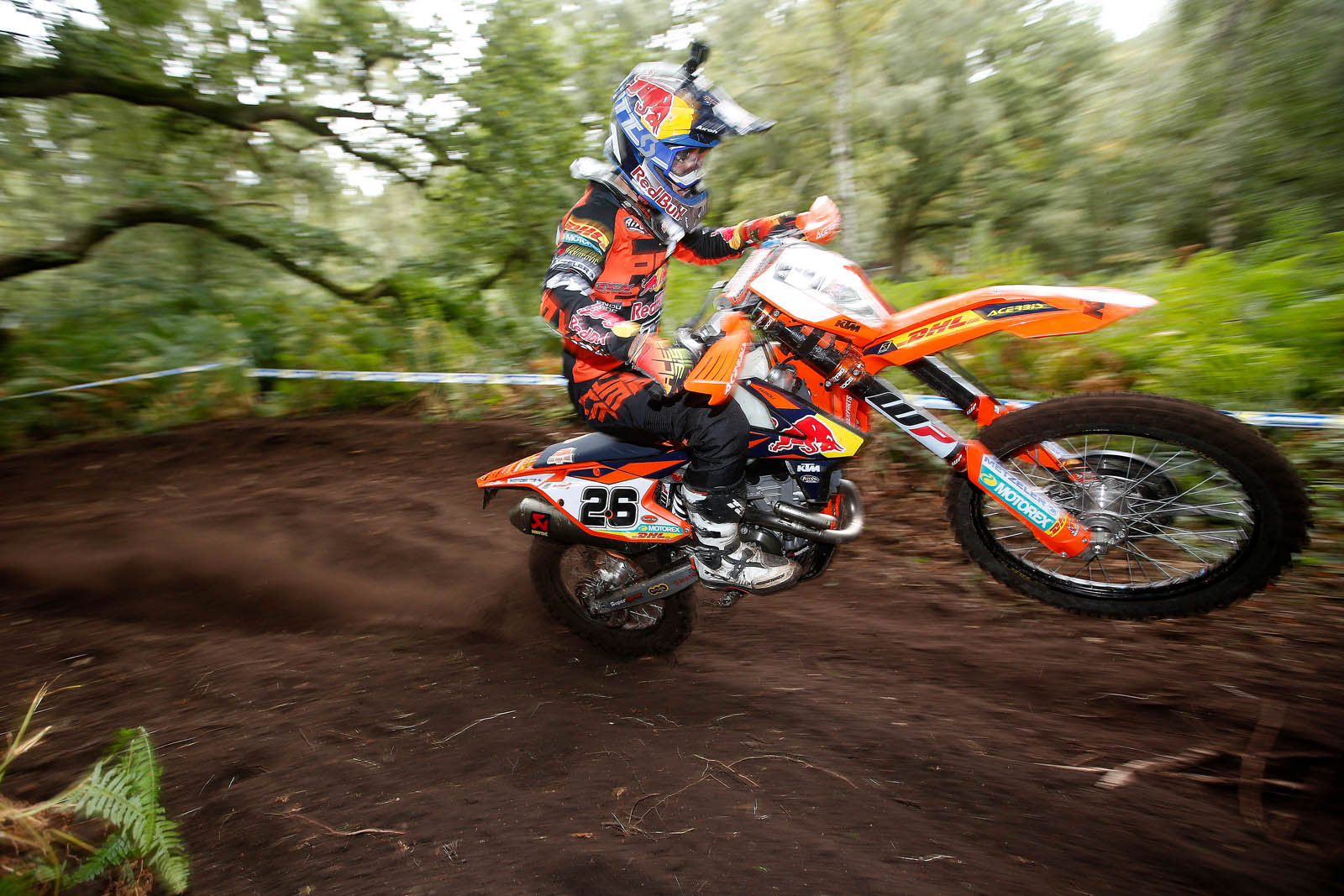 Eager to show his speed, Garcia wasted no time in getting down to business. Immediately setting the bar high on the Enduro test, he blasted his way to an early 12-second lead over Bolt at the end of the opening test. Continuing his impressive pace, he controlled a lead of almost 29 seconds at the end of the third and final Enduro test over an improving Watson. 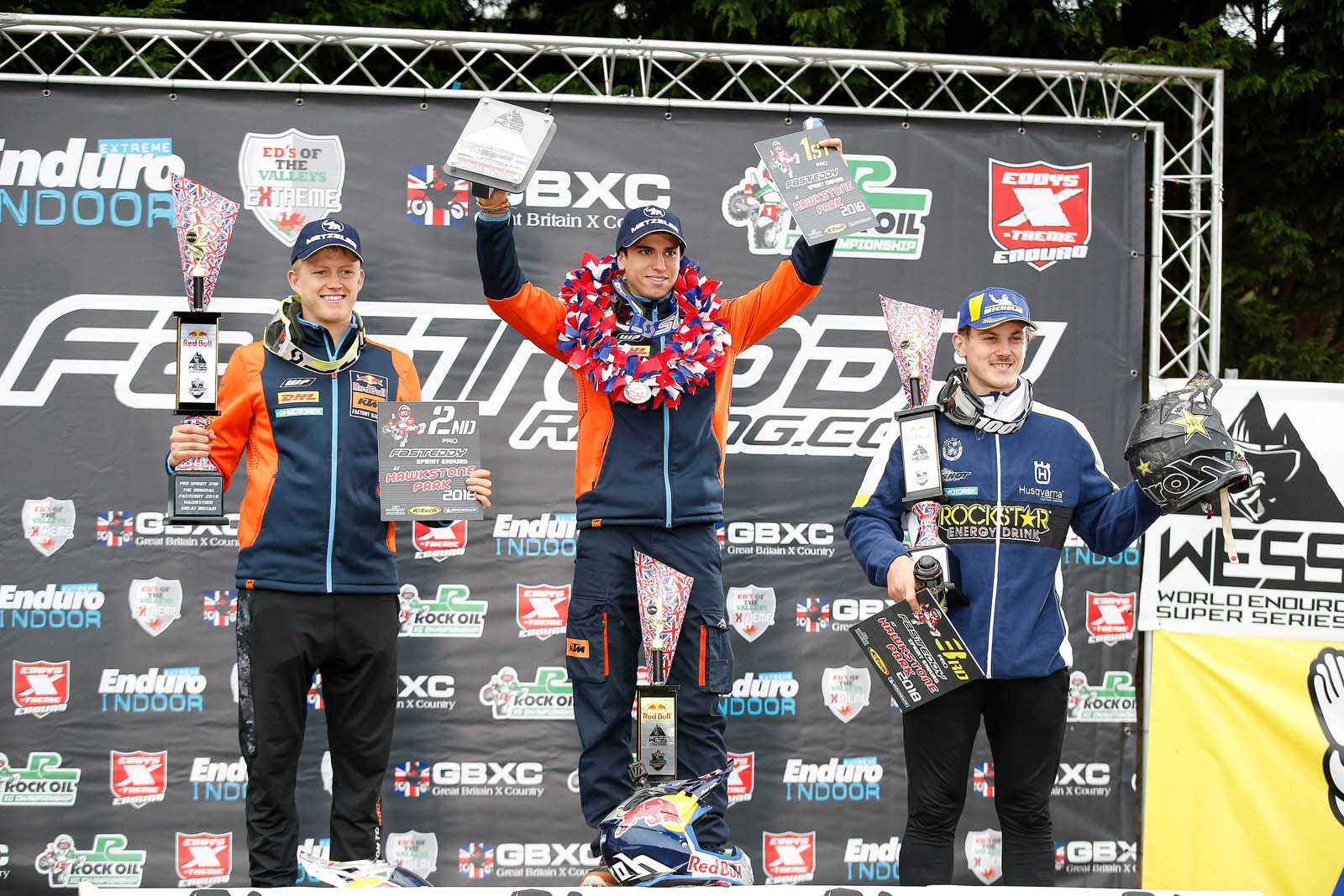 Josep Garcia, Nathan Watson and Billy Bolt on the podium. Photo: Future7Media
Moving on to the Motocross test and Garcia set the fastest time on the opening run. Watson answered back to top test two but with Garcia turning up the heat for the final run he pulled away to end his day as the clear winner.

‰ÛÏI really enjoyed it today. It‰Ûªs good to qualify first for tomorrow‰Ûªs main event and show my speed is good," Garcia said. "Conditions were ok ‰ÛÓ there was a lot of mud on the Motocross test but the Enduro test was almost perfect. I‰Ûªm back on my KTM 250 four-stroke for this race and it feels really good. I haven‰Ûªt had much chance to ride it so far this season because I used the two-stroke for the Hard Enduro races, so it‰Ûªs nice to be back on the bike I won the world championship on last year. I‰Ûªve waited a while for this race to come around and I‰Ûªm excited for tomorrow - I will be giving it 100 per cent for the win.‰Û 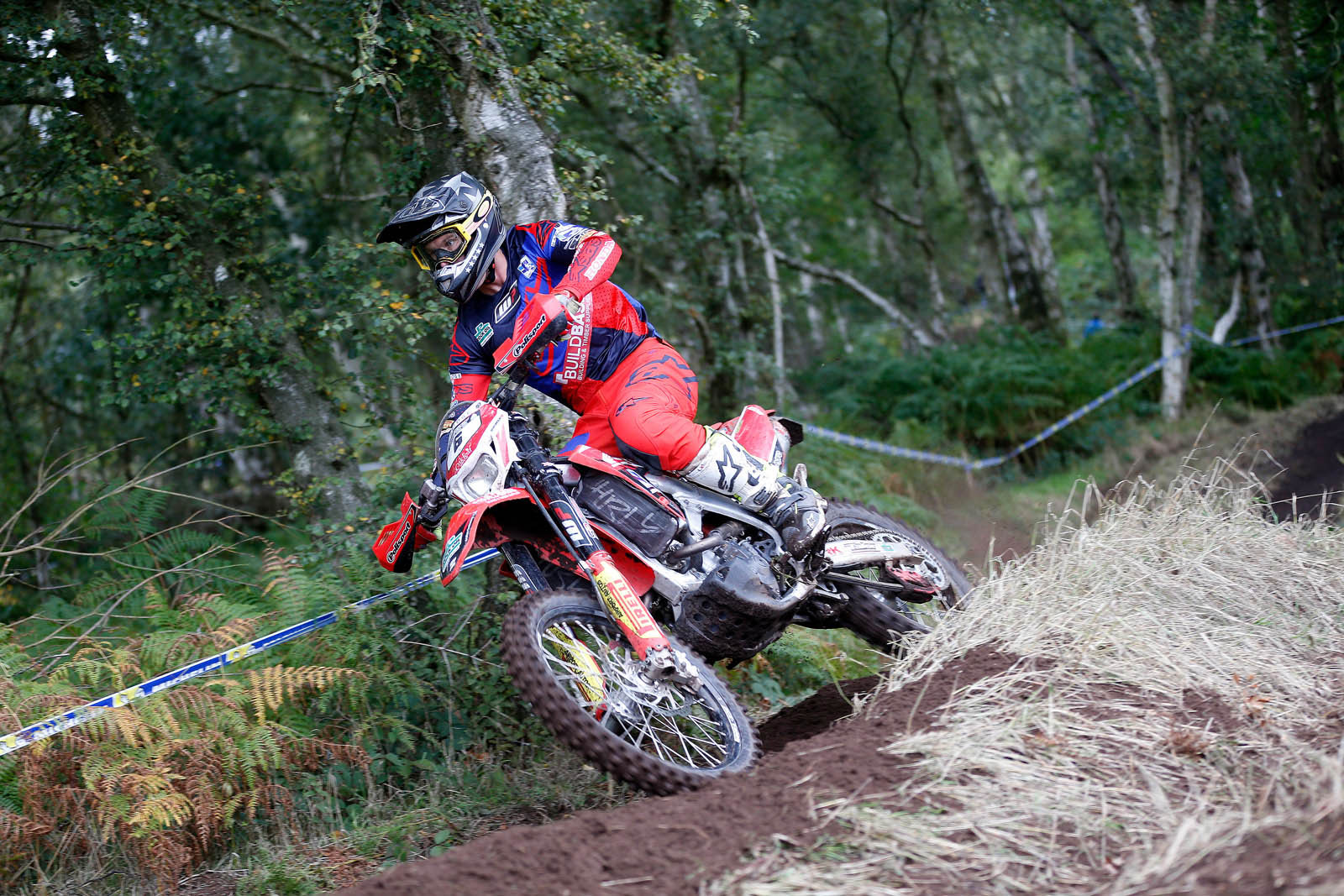