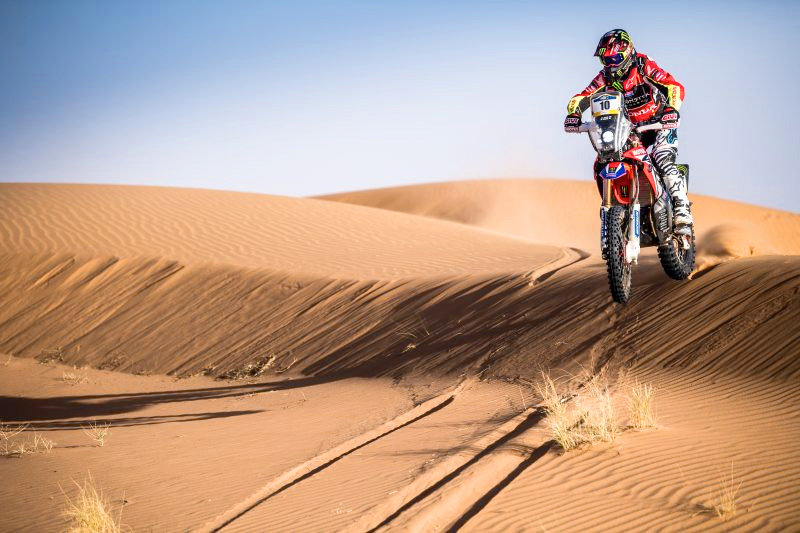 Monster Energy Honda Team rider Joan Barreda took the stage three win by nine minutes and now leads the rally by thirteen minutes. Photo: Edoardo Bauer
Joan Barreda has consolidated his lead of the Merzouga Rally with a triumph in the third stage, the first leg of the two-day marathon stage.

Stage three of the Merzouga Rally marks the first half of the event‰Ûªs marathon stage. Staying overnight in a temporary bivouac, riders receive no outside assistance to themselves or their bikes. It is imperative on the stage for competitors to conserve tyres and machinery where even a minor problem could mean the end to their rally.

Joan Barreda made up time after starting out in sixth place and thus extends his lead in the overall standings. The Spaniard now sports an advantage of almost thirteen minutes over his Monster Energy Honda Team team-mate in second overall spot.

"I started out in sixth and I took advantage of the tracks ahead," Barreda explained. "The second part was a lot tougher with a lot more rocks and I had a small fall but nothing significant and I was able to continue. It‰Ûªs really important that we have a solid day tomorrow after all the work that we have done up until now. I‰Ûªm having a perfect rally without making any mistakes, but things are still very tight and it‰Ûªs wide open." 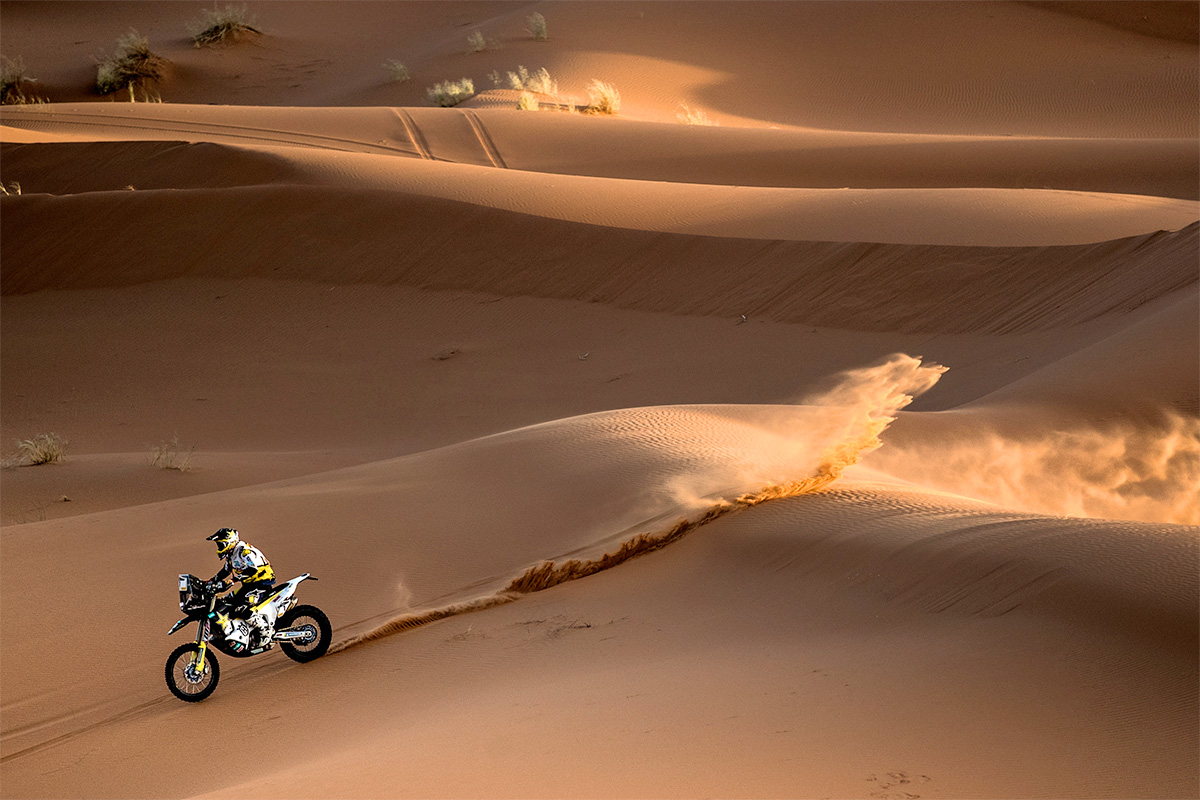 Defending champion Pablo Quintanilla remains strong with second today and says he is having perfect rally without making any mistakes, but things are still very tight and it‰Ûªs wide open.
For reigning Cross-Country Rallies World Champion Pablo Quintanilla, it was another positive day in the dunes of Morocco. Among the first riders to take the start of today‰Ûªs timed special, Pablo used his experience to post the second fastest time for the day. Remaining third in the rally‰Ûªs provisional overall standings, Pablo has reduced the gap to the rider in second to a tiny margin of one minute and one second.

‰ÛÏEverything has been going according to plan for us," Daniel Trauner, Quintanilla's team manager said. "Pablo remains well in contention for a good overall result and we will do our best to help him achieve it. Pablo got lost in the opening stage and lost some time, but using his experience he quickly got the time back in the following stage. He caught Barreda 120km into stage two and continued pushing hard until the end.

"Today‰Ûªs stage three had some difficult navigation and some tricky stony terrain. Pablo lost some time to the leader but the gaps are still relatively small. We are satisfied with the performance of both our riders.‰Û 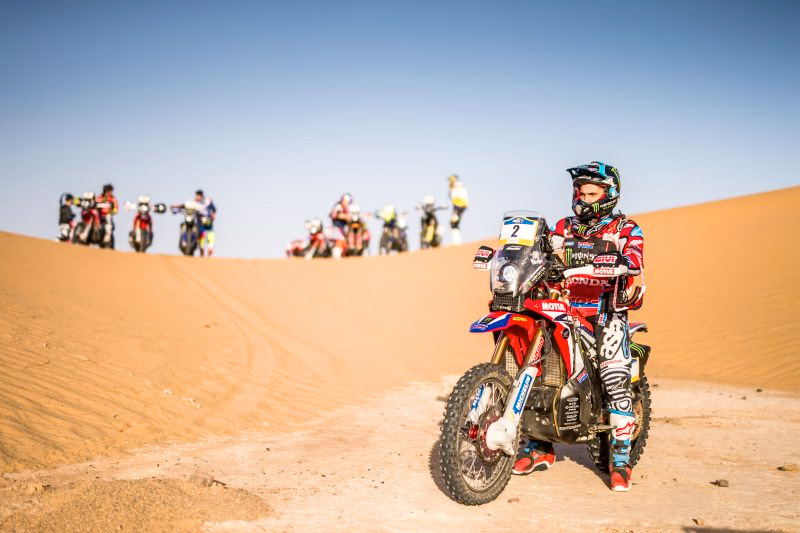 Kevin Benavides was third on the third stage and is battling it out for the win with Monster Energy Honda Team team-mate Joan Barreda.
Kevin Benavides, after yesterday‰Ûªs victory, was forced to open the track and set a cracking pace trying to keep the adversaries at bay. The Argentine rider scored the stage‰Ûªs third quickest time in the motorcycle category.

"Today was very full-on as I was trying not to lose any time but I knew that someone would be able to gain time on me," Benavides said. "Tomorrow I will try and take advantage of my starting position to make up some time. Right now we are back in the bivouac and we can check exactly how the results have been." 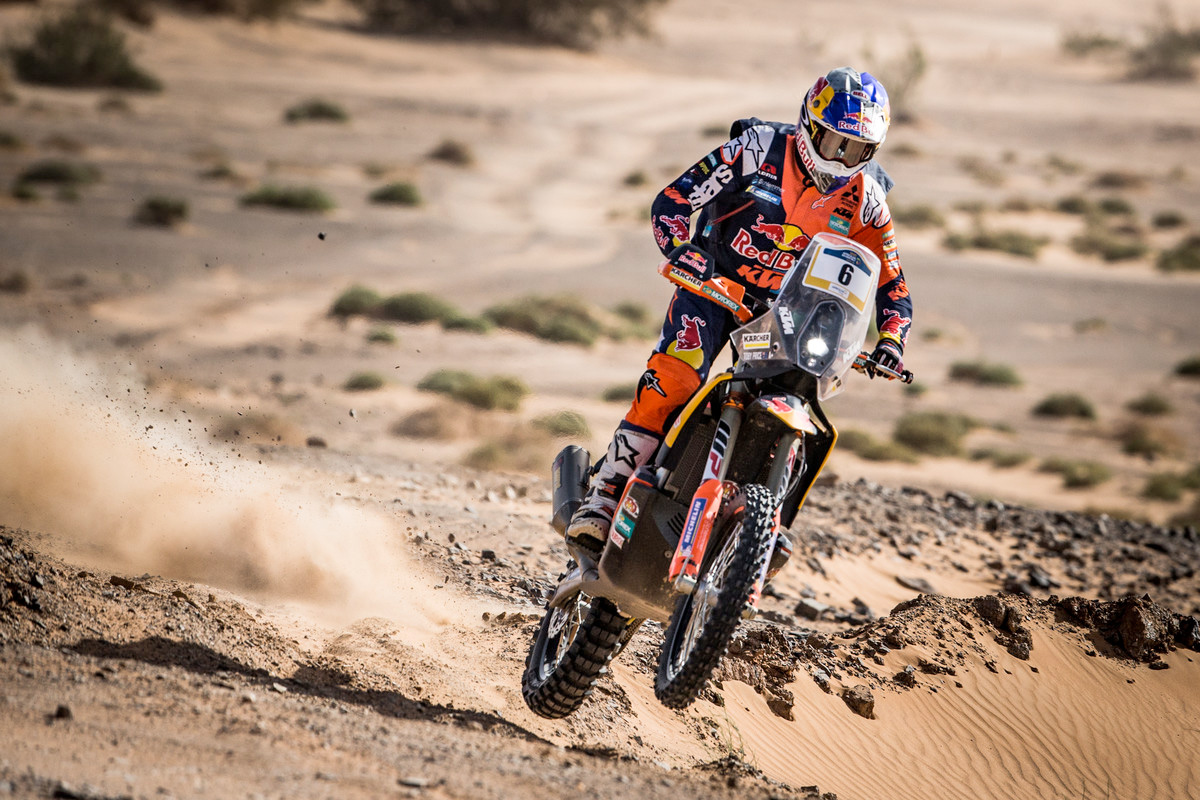 Australian Toby Price obly dropped a few minutes to the leaders on the third stage and is still in contention with fifth in the overall. Credit: Marcin Kin
Following his third place on Tuesday‰Ûªs stage two, Toby Price set off just after 8am with just two riders ahead to chase down. Deciding to concentrate on his own navigation and riding to a fast but steady pace to minimise mistakes, the Australian put in a strong performance to finish as the fourth fastest rider at the end of the 241km special. Currently lying sixth in the provisional overall standings, Toby will set off from the bivouac on Thursday with the aim of making up some time on the riders ahead.

Tomorrow‰Ûªs stage four of the Merzouga Rally will be the second and final part of the two-day-long Marathon stage. Featuring a 233km long timed special in a total of 372km to be ridden during the day, it will reunite competitors with their assistance crews at the Tombouctou Hotel. 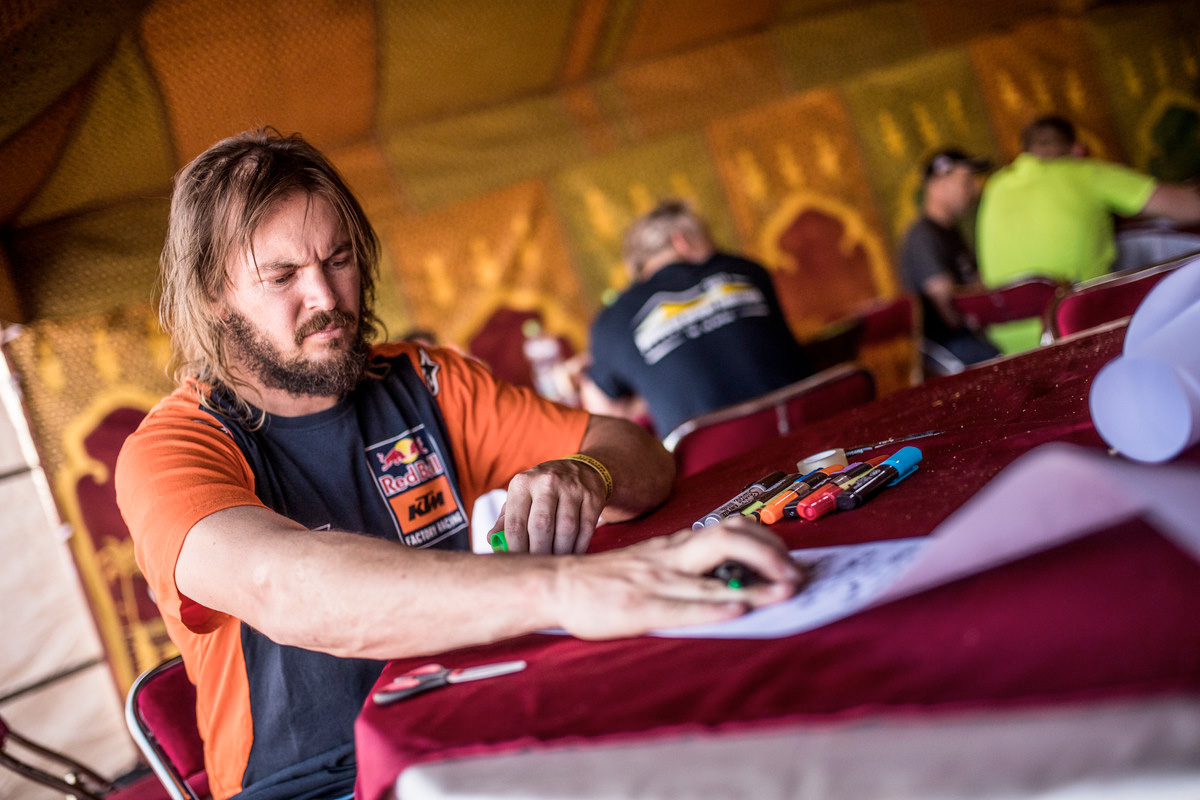 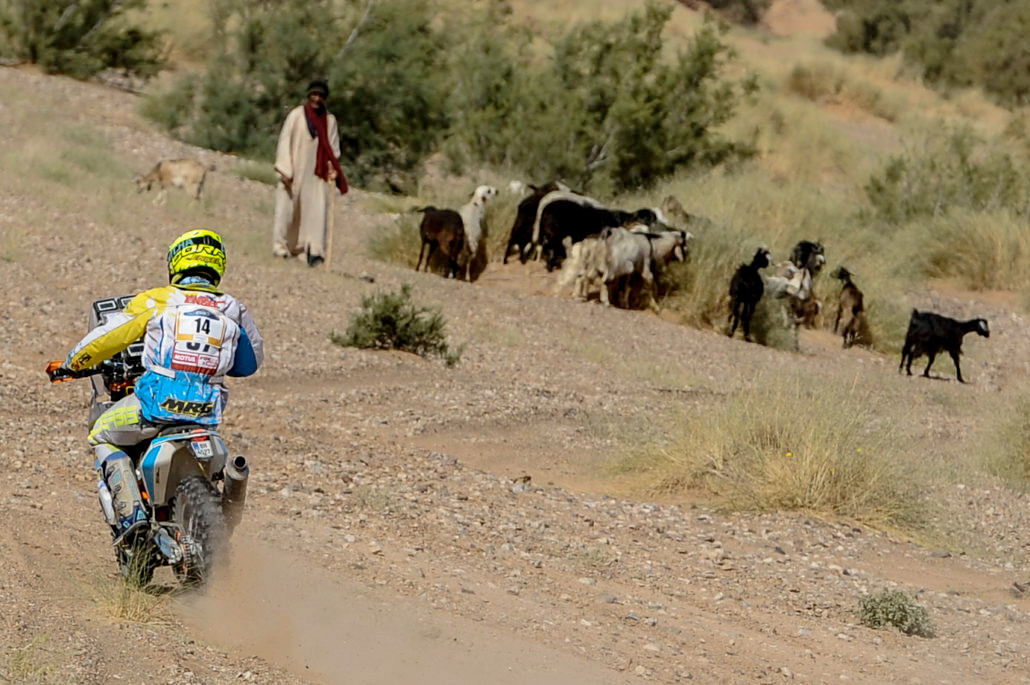