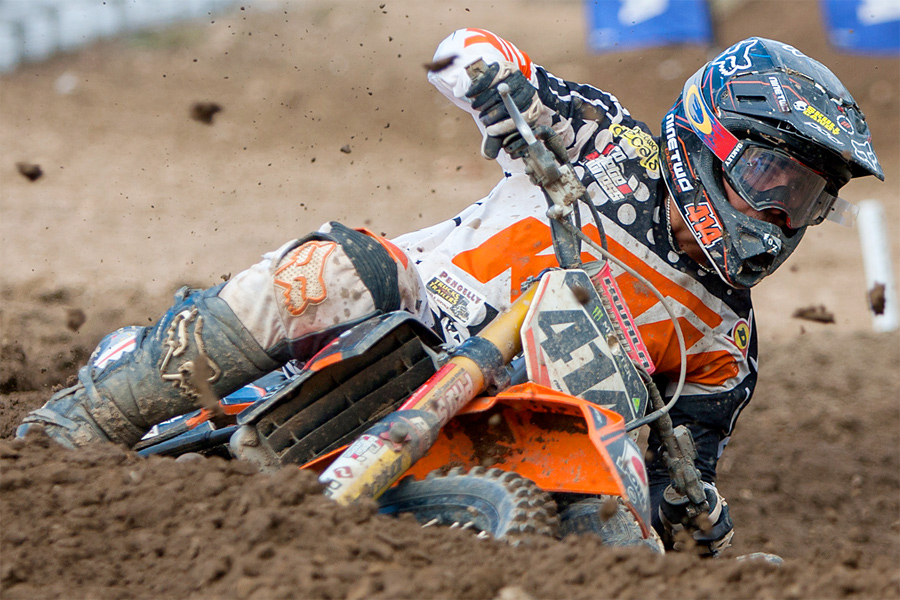 Dobson raced to 11th overall in the MX1 category of this year‰Ûªs MX nationals, will take delivery of his new KTM 450 SX-F team bike today in order to get a feel for the extra power and superior suspension performance of the factory bike.

Just seventeen years of age, Dobson spent a number of years aboard KTM machinery during his junior career, which culminated in an Under 15 Australian championship. He was one of the top-ranked MXD competitors in 2013 despite being one of the youngest competitors, before fast-tracking straight to MX1 this year.

"It's a big plus for us that Jesse has competed all year long on the KTM 450 SX-F, so he won't be intimidated by the power or take a lot of time to get used to it." Rob Twyerould KTM Team Manager commented. "Once Jesse has had some time on the bike we‰Ûªll go up and test with him.

"Realistically we‰Ûªll have three weeks to get prepared, but I think he'll have a real good crack at it. The boys have got a setup they think will go quite well for him.

"I think he will have a lot of potential, the biggest thing is that he is so young. He rode all year in the top class and had a pretty solid championship where he was quite consistent and didn't hurt himself, so obviously he's got his head around it. Also his family are real enthusiasts and just a pleasure to deal with which makes it that much easier.

"Having two riders on board will be real great for everyone in the team and we‰Ûªre all looking forward to it.‰Û