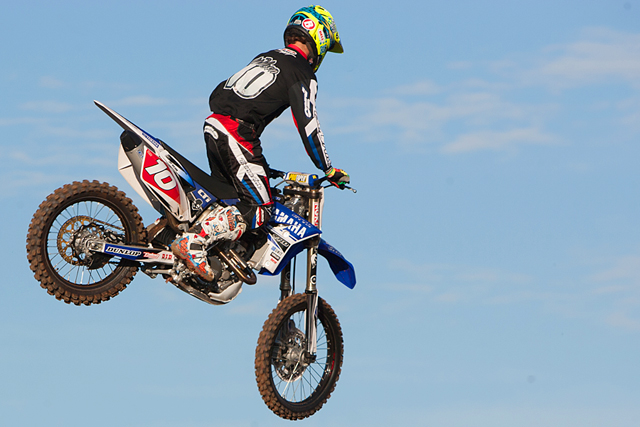 GYTR Yamaha‰Ûªs Jay Wilson has dominated rounds two, three and four of the Under 19 Australian Supercross Championship, clean sweeping all three rounds contested over a huge weekend of racing.

After winning the opening round at Mt. Gambier a week prior, Wilson entered the Phillip Island event with plenty of confidence and was determined to keep up his good form.

He produced a near perfect weekend of racing, winning his heat races and claiming victory in all three main events to secure a 22 point lead in the championship with one round remaining.

‰ÛÏI took the week off after Mt. Gambier to freshen up a bit as I put in a lot of work in the weeks leading up to our opening round and I was a bit sore and flat. The break worked well as I just desperate to race on the weekend.

‰ÛÏThe weekend worked out perfectly. My starts were pretty good which makes supercross a lot easier. I put in solid, consistent laps and was able to be up the front at the end of the races. I had a great time and it‰Ûªs good to get the results after the time and effort myself and the team put in.‰Û 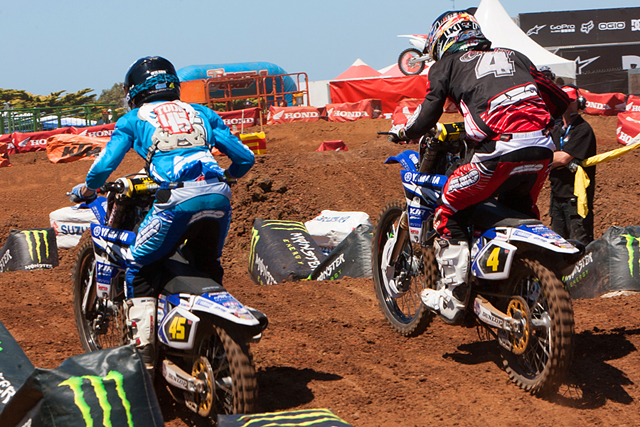 The Yamaha Junior Racers Wilson Todd (#45) and Nato Crawford (#4) also faired well at Phillip Island
Yamaha also did well in the Junior Lites racing with Wilson Todd and Nathan Crawford competing on their YZ250F‰Ûªs. The juniors contested two rounds over two days and in a three moto format. Todd completed the first day at Phillip Island in second place with 1-2-5 results.

Day two started off rough for the North Queenslander after a big crash in the opening leg. He rebounded well and took the win in the final two races and his 5-1-1 to win the day.

After three rounds, Todd sits in second place in the series, just a handful of points behind leader Brock McLeary.

Nathan Crawford continues to learn and develop as a supercross rider. He took fourth on the opening day at Phillip Island before stepping it up a level the following day and finishing second. His combined points score for the series has him sitting in third with one round remaining.

Toowoomba will host the final round of the ASX on November 16.