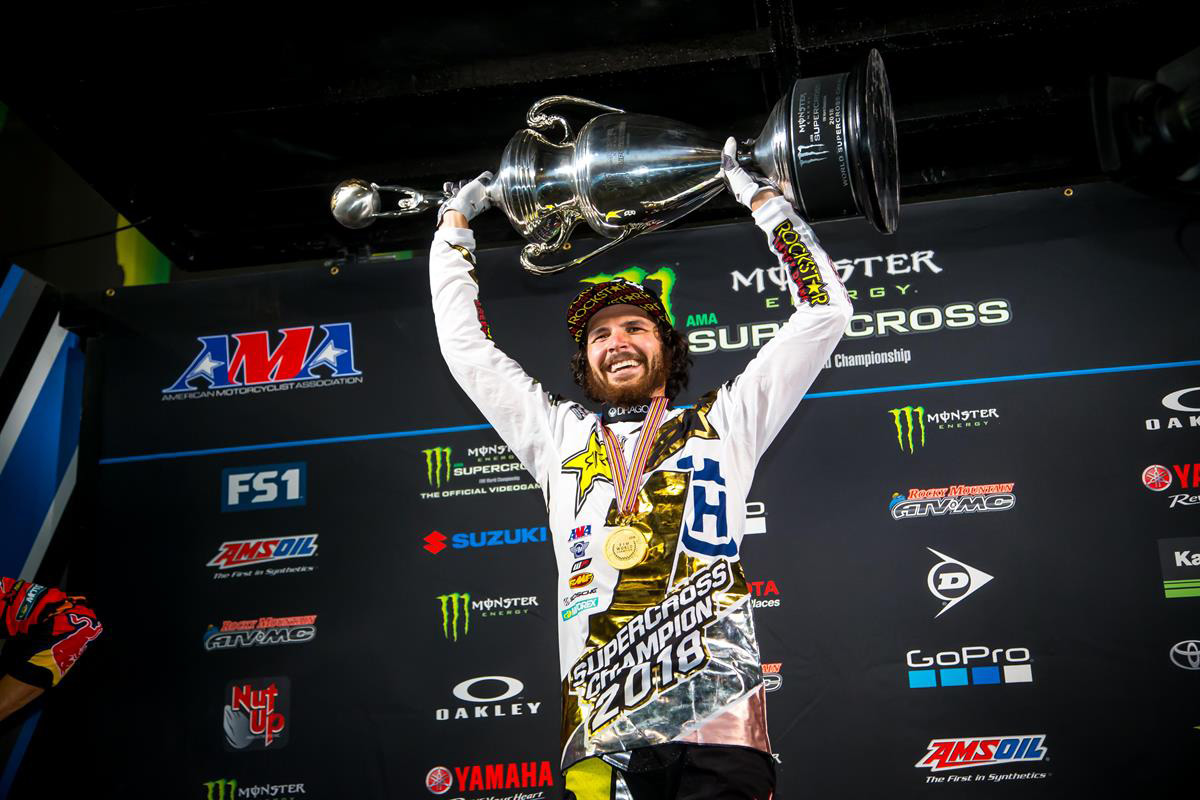 Having never captured a 450SX championship since the brand‰Ûªs inception 115 years ago, the most prestigious title in the sport was theirs when the checkered flag fle.w on Saturday for the final round of the 2018 AMA Supercross Championship

The 25-year-old grabbed the red plate at round two with a win and never looked back, outlasting the deeply stacked and talented field.

With a monumental championship on the line, Anderson took on a conservative approach to the final round. Qualifying third, the newly-crowned 450SX Champion got off to a top-three start in his heat, where he settled into second early on.

‰ÛÏToday was really stressful, but I feel like I handled it really well and came out with the championship,‰Û 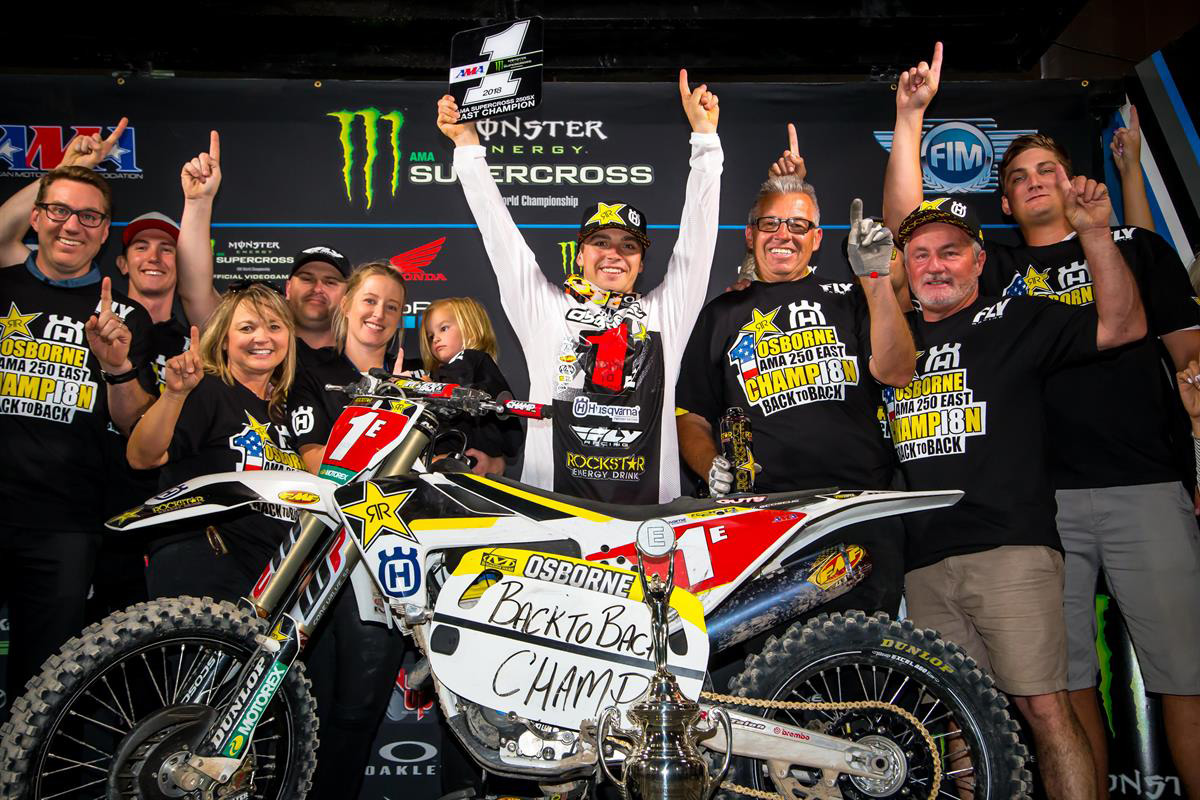 Zach Osborne made it back to back 250 East Championships for the Rockstar Husqvarna team - Credit: Simon Cudby
Zach Osborne also made history as he successfully defended his title and claimed his second-consecutive 250SX East Championship aboard his Husqvarna FC 250. Osborne continued to outsmart the competition and displayed his razor-sharp agility as he experienced continued success and progression the entire season.

Osborne set the tone for the day as top qualifier in the 250SX East division, where he went on to capture a commanding heat race win.

As the gate dropped for the 250SX E/W Showdown Main Event, Osborne had trouble getting off the line as he found himself nearly last at the start of the opening lap. Osborne immediately began climbing through the pack to reach a top-ten position by the end of lap one. With a championship mindset, Osborne maintained his seventh-place position to emerge as a two-time 250SX champion as the checkers flew.

‰ÛÏThis year has been tough for me. I‰Ûªve had to fight every inch for this championship,‰Û