Jarvis masters the mountains on Red Bull Romaniacs day one 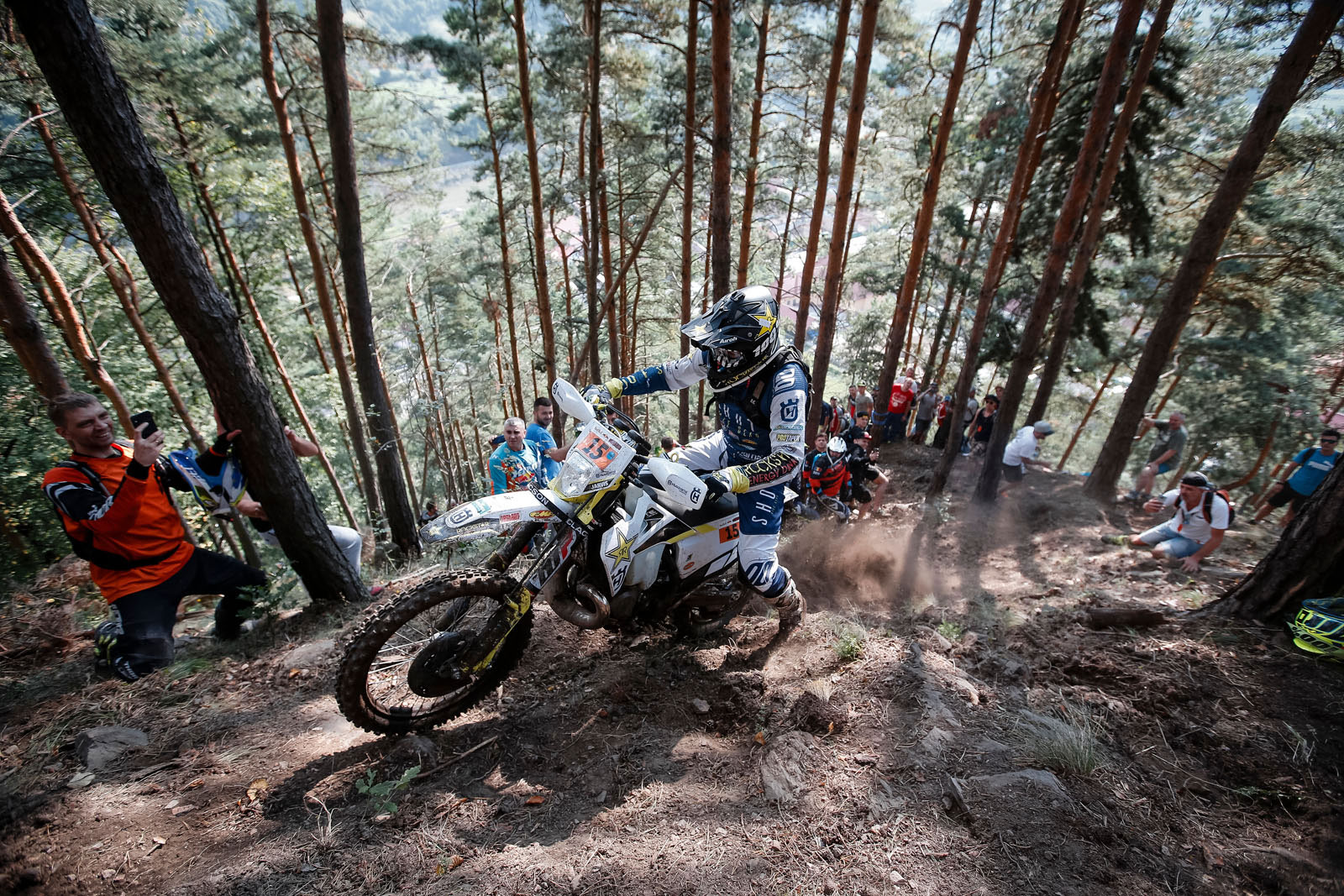 Graham Jarvis on his wast to the day one win. - Photo: Future7Media
Britain‰Ûªs Graham Jarvis has claimed victory on Off Road Day One at Red Bull Romaniacs, round five of the World Enduro Super Series.

Jarvis charged to the top of the standings on the opening full day of competition, finishing ahead of South African Wade Young and Germany‰Ûªs Manuel Lettenbichler.

With Tuesday‰Ûªs Prologue in Sibiu soon forgotten, the competitors from 50 nations quickly got down to business on Off Road Day One. Although the shortest track in this year‰Ûªs race at 102 kilometres in length for the Gold Class riders, it was anything but easy. With a brutal climb directly after the 6.45am start, riders were immediately woken up and put to work.

At the head of the field it was TTR Officine Rigamonti‰Ûªs Pol Tarres who led the riders out, followed by Brit Jonny Walker and Taddy Blazusiak - all separated by three-minute gaps. 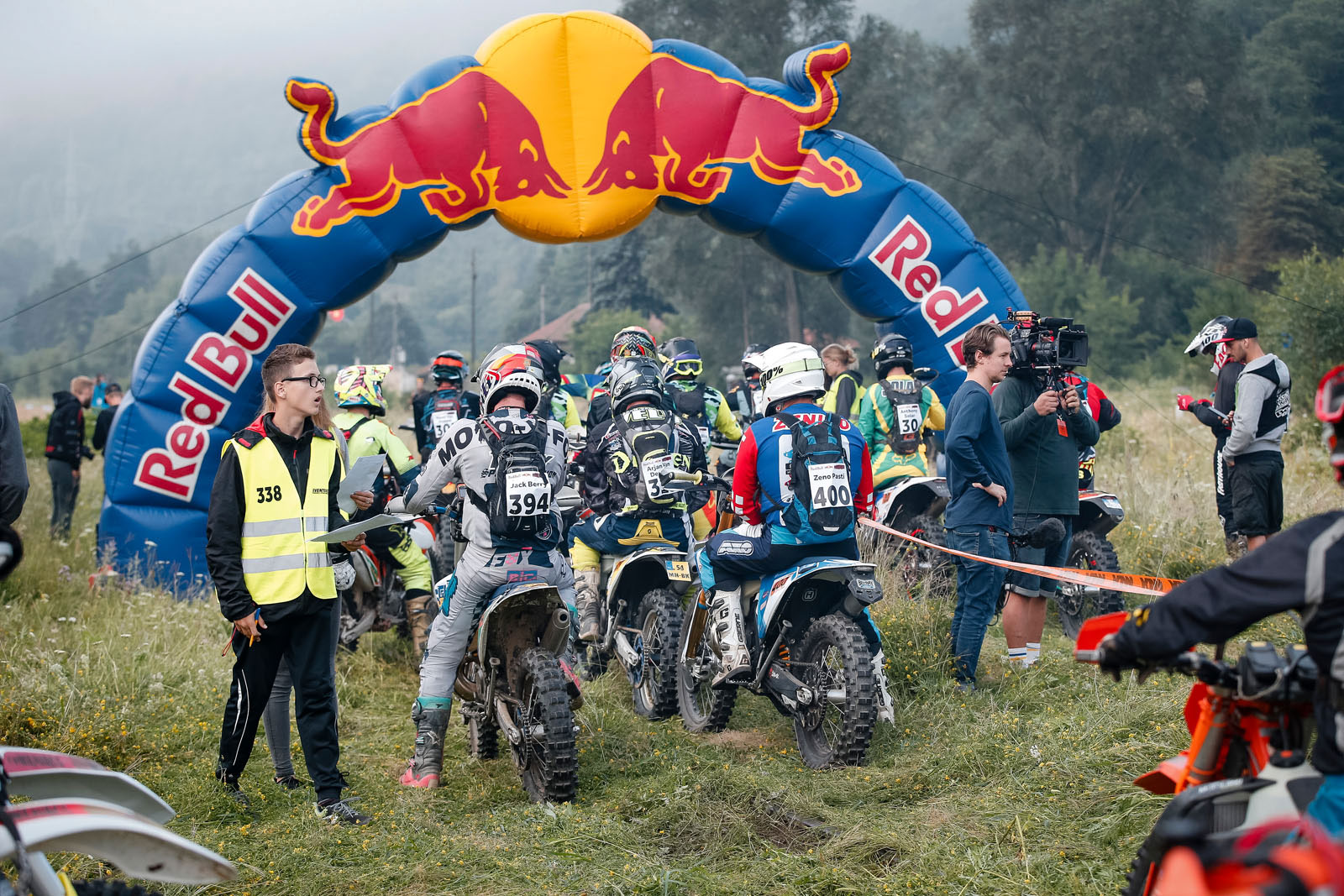 Riders nervously wait to start the day - Photo: Future7Media
Starting seventh on the road, Jarvis quickly went to work and closed in on his rival, using the opening climb to his advantage. But it was clear he wasn‰Ûªt going to have things all his own way as Lettenbichler, Young, Blazusiak and Alfredo Gomez kept him honest.

During the afternoon the leading group broke up, with Jarvis, Lettenbichler and Young pulling clear. A technical problem saw Blazusiak drop back, losing positions as he fought to overcome his issue, while Walker sat steady in sixth.

On corrected time it was Jarvis who took the opening day win by one minute and 12 seconds from Young, with Lettenbichler only one minute further back in third. With Mario Roman (Sherco -ESP) fourth and Gomez fifth, the top five are separated by less than four minutes. 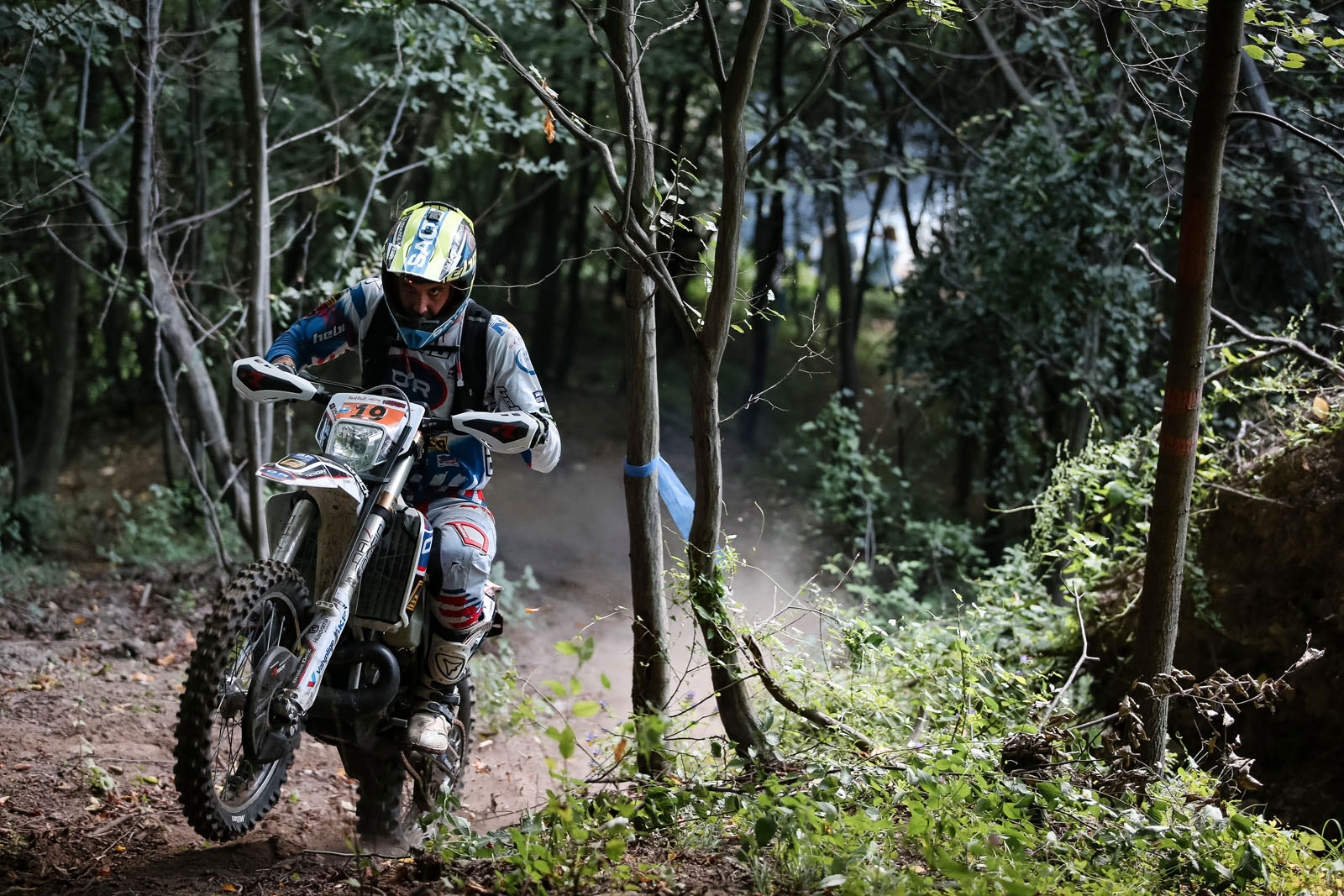 Pol Tarres was first to start in Gold Class - Photo: Future7Media
"It was an easier day compared with the Off Road Day 1 I had last year, which I was quite happy about," Jarvis said.

"I didn't really make any time on the difficult sections, but I kept a good pace throughout the race. Importantly, I didn't make any serious mistakes and was able to catch the other guys early on. I gained a bit of time then and it‰Ûªs probably made the difference today for sure. With my time here last year still haunting me I feel I‰Ûªve helped put things right on day one. But there‰Ûªs going to be faster days, so how it will suit me I don‰Ûªt know. But I need to get on with it and go full throttle.‰Û 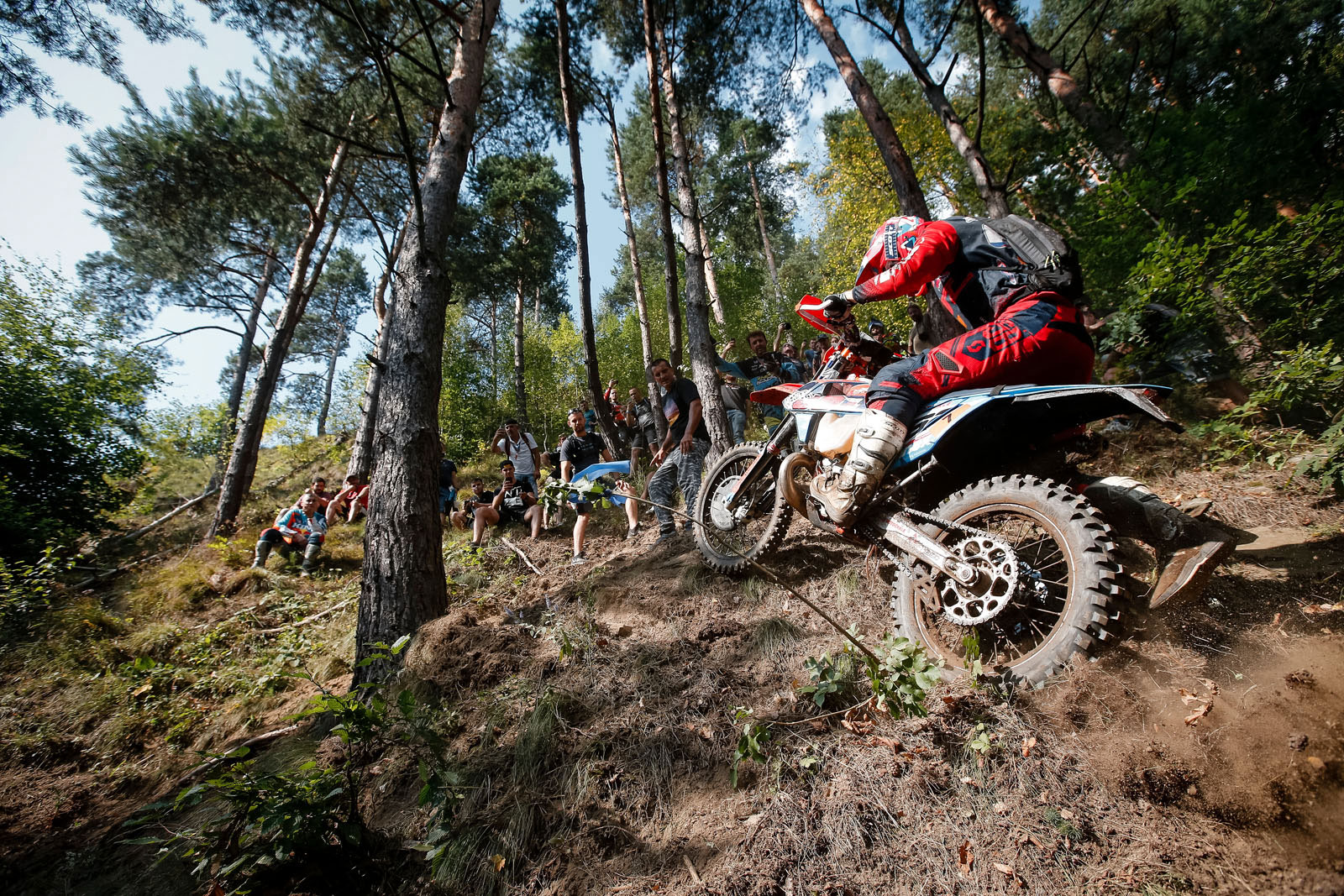 David Cyprian was one of the day‰Ûªs standout performers - Photo:Future7Media
In the Silver class the top honours went to Spain's Josu Artola who showed his form in the hot temperatures to pull 10 minutes clear of second-placed Emanual Gyenes. With a number of riders given 10-minute penalties, third place went to Great Britain's Josef Westgarth with Patrick Riegler in fourth. 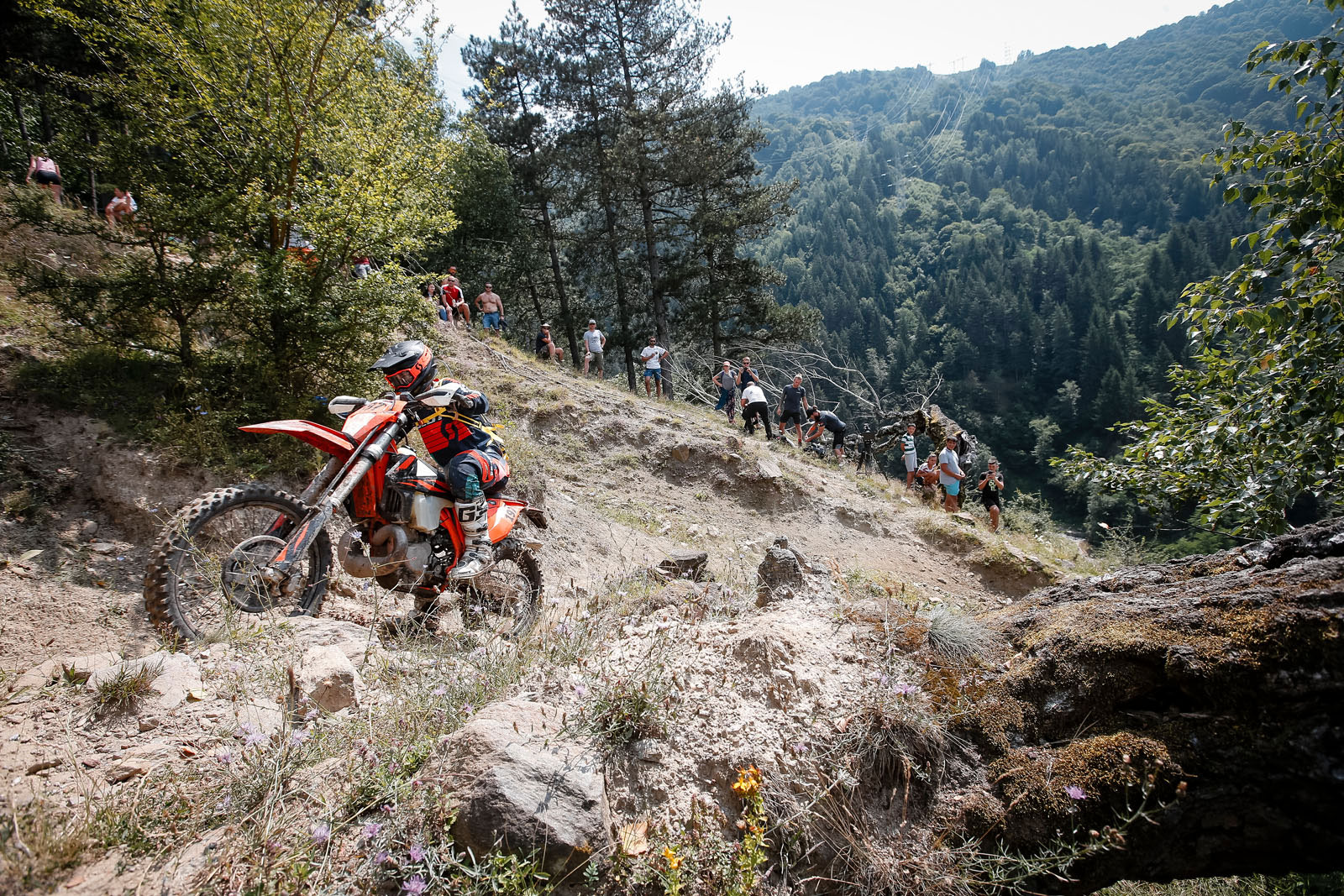 Red Bull Romaniacs continues with Off Road Day 2 where competitors will tackle a new course that will take them deeper into the Carpathian Mountains. The longest day of the event, Gold class will cover 151 kilometres of riding. 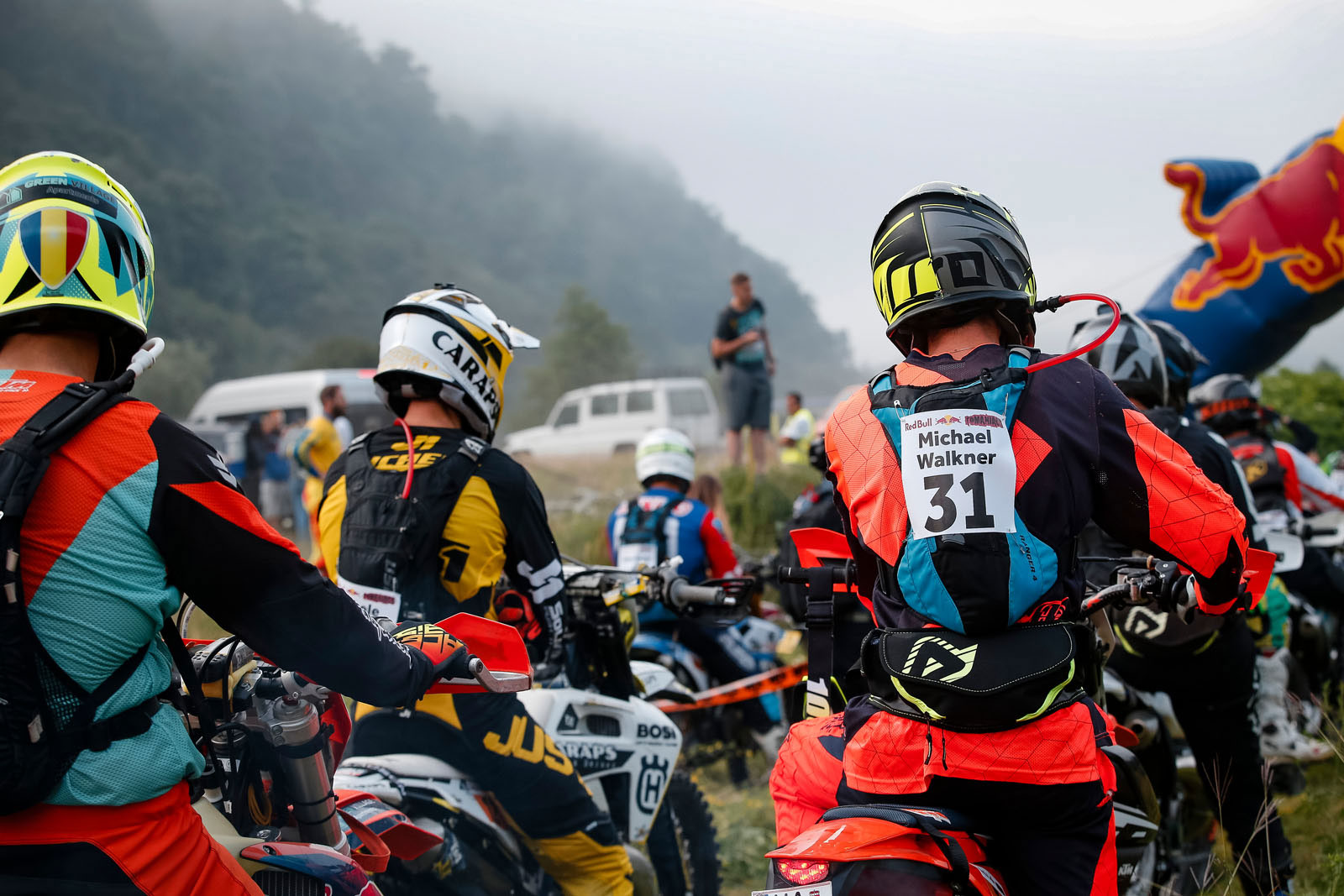