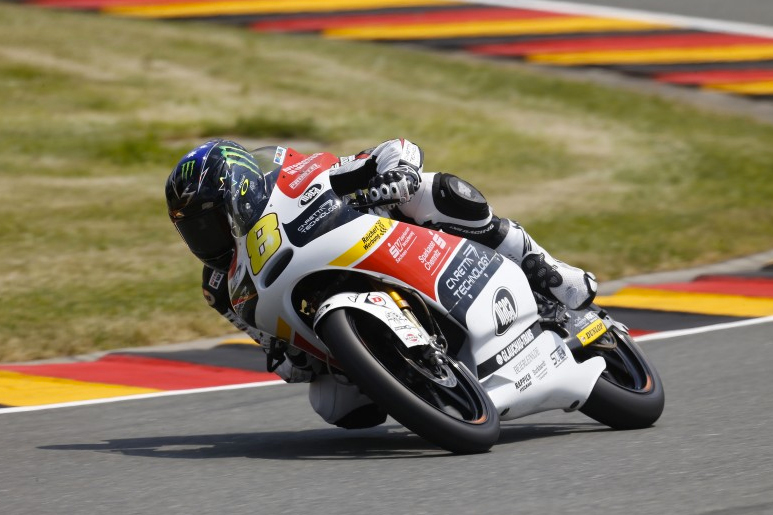 Jack Miller racing for the Caretta Technology ‰ÛÒ RTG FTR Honda team had a strong ride to seventh in the Moto3 race held at teh Sachsenring in Germany on Sunday the 14th of July, after running with the leading group during the early stages of the race.

The Australian‰Ûªs spectacular, aggressive riding saw him move into second on lap three but as the race wore on he was unable to match the pace of the leaders, losing touch through the track‰Ûªs faster sections. In the later stages of the race he found himself along, racing through to another impressive result.

‰ÛÏIt was a good race, we did a good job." Miller who was for the third straight round, the leading Honda racer across the line. "I got with the front group, which was great, but then I made a small mistake.

"I had to push so hard into the turns on the brakes that I went wide, onto the dirty stuff and almost off the track. As soon as I lost seven tenths on them it was impossible to catch them," he added.

"I was faster than them in the first section but I was losing time up the hill through those fast lefts and then down the hill. As soon as I lost the slipstream I couldn‰Ûªt do anything.‰Û