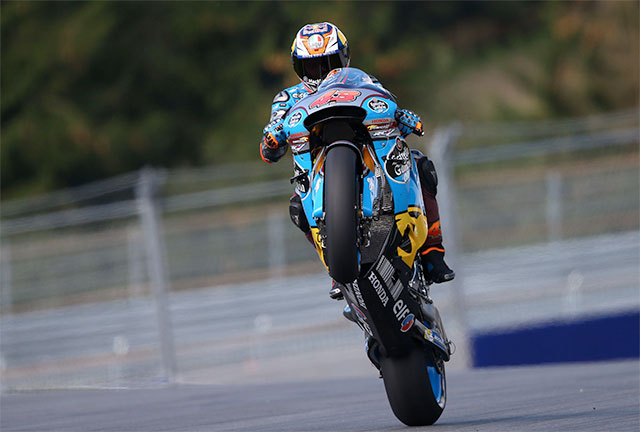 The Australian was battered and bruised after the crash, his third of the weekend, and he was disappointed to be a spectator after showing impressive pace in practice.

Miller will have an MRI scan in Brno on Wednesday and then an official medical check on Thursday to determine his fitness for next weekend's Czech Republic Grand Prix.

"This is not the way I wanted to start the second half of the season but that's the way it is," Miller lamented. "It's a shame it didn't work out for me today but I'll keep giving it 100% and now I'm hoping to be fit to race in Brno next week, as I really like that track. I banged my foot and that's a bit sore, as is my wrist and vertebrae with the small fractures but hopefully I can heal quickly."

Michael Bartholemy: Team Principal, added, "It is disappointing that Jack could not race today but we must think about the future and make sure he is fit and healthy.

"We will do a medical check with Jack on Wednesday in Brno to assess his condition before deciding whether to submit him to an official medical assessment on Thursday at the circuit."