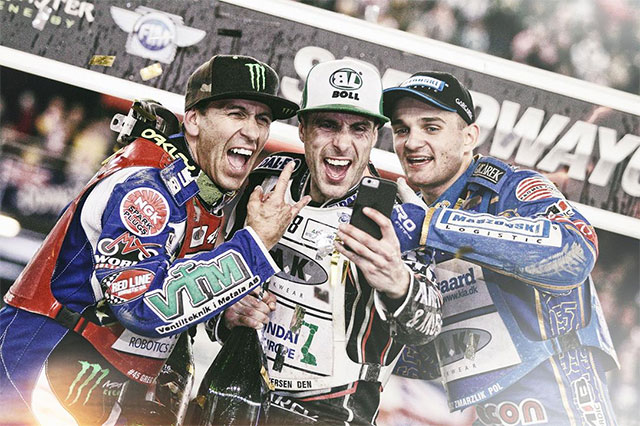 Danish champion Niels-Kristian Iversen hopes he has put himself back on course for 2017 FIM Speedway Grand Prix qualification after a priceless triumph in Torun on Saturday.

The night started in tough circumstances in heat three, when then World Championship leader Jason Doyle crashed hard on turn three, forcing him out of the meeting with shoulder, elbow and lung injuries. Hancock capitalised by gaining an 11-point lead at the World Championship summit.

Iversen refused to let Grin claim victory on the night, though, as he earned a 15-point haul that puts him ninth in the standings on 79 points ‰ÛÒ just three short of Freddie Lindgren, who occupies the eighth and final automatic qualification place for 2017 on 82.

With Iversen tied on 79 with Zagar and Antonio Lindback, it‰Ûªs set to be a tense fight for the top eight at the season-closing QBE Insurance Australian SGP in Melbourne on October 22.

But the former world No.3 hopes his Torun heroics will go a long way towards booking his World Championship place for next year, whether or not he makes the top-eight cut.

"I think that relieves the pressure on me a bit. I‰Ûªm the best Danish rider in the leagues and I have made the most finals this year," Iversen said.

"It hasn‰Ûªt been brilliant ‰ÛÒ especially at the beginning and especially at Grand Prix level. But I have showed over the last month and a half that I‰Ûªm sort of back where I want to be. If things work out and I can get results like this, it just gives me a really good feeling.

‰ÛÏIt has been hard work so far this year. I worked really hard over the winter. I thought I was in with a shot for the top. But it didn‰Ûªt matter what I did at the beginning of the year, it just didn‰Ûªt work out. That‰Ûªs frustrating. It hits your confidence and it hits everything.

‰ÛÏNow I‰Ûªm here and I‰Ûªm top of the podium. It‰Ûªs my best Grand Prix this year points-wise. It‰Ûªs a little bit emotional. The pieces of the puzzle have fallen into place and it has saved a lot of my pride. It‰Ûªs just awesome.‰Û