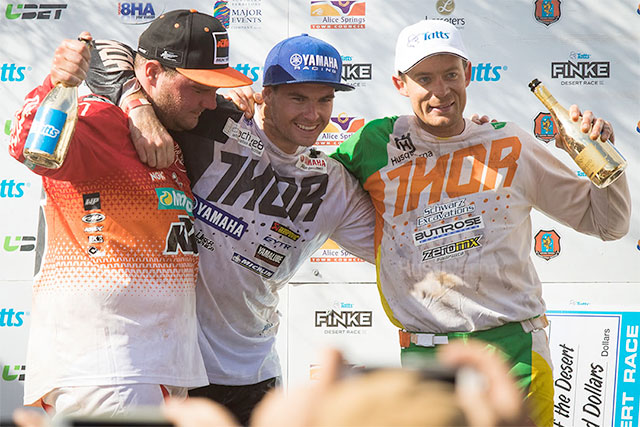 South Australian Husqvarna rider Ivan Long pulled off one of the great Finke comebacks when he rode to a well-deserved class victory, and second outright in this year‰Ûªs Tatts Finke Desert Race.

Long, a previous podium finisher in the event, put together a support effort with Husqvarna just five months ago, and surprised many by choosing a Husqvarna FE 450 as his weapon of choice, rather than the full, half-litre capacity traditionally associated with outright contention.

But it didn‰Ûªt hold him back ‰ÛÒ Long qualified second-fastest, arrived in Finke in fifth, and then pushed through to second on the return leg to finish behind overall winner Damon Stokie, and ahead of Luke Hayes.

As always though, the devil is in the detail, and Long‰Ûªs feat was made vastly more impressive by the revelation that he rode 70 kilometres after a flat rear tyre, which disintegrated, leaving nothing but a bare rim!

With 80 kilometres to go, 28-year-old Long pitted for fuel and a new wheel, but with his rear brake bashed to death by flapping tyre pieces, he opted to simply sever the line and ride a third of Australia‰Ûªs fastest off-road course without a rear brake!

From an estimated position outside the top-twenty, Long redoubled his efforts to the Finke river and beyond and arrived at the overnight stop in the top five, from where he was able to launch his attack on the podium yesterday.

‰ÛÏWe would have been happy with fifth, but to end up second is bloody incredible," Long siad. "I‰Ûªve never seen that track that rough in my life! You had to be loose to get over it. It‰Ûªs like a monkey off my back though.

"After the flat tyre yesterday, I thought the monkey was alive and well, but I rode all the way in to the 80km mark and got to the fuel stop on the rim. From there I twisted that throttle south as far as I could and I literally couldn‰Ûªt stop, but my GDR suspension was tracking so straight I got back up to fifth. We dialled it on hard on the way back, and after I got Hayes, I had a big moment 10kms from the finish, and then I thought, hang on‰Û_ maybe we‰Ûªll take second.

"I need to thank Schwarz Excavations, Buttrose Earthmoving and Husqvarna Australia, as without all three of these this couldn‰Ûªt have happened. To throw this program together in the last five months, and achieve this result against the factory teams is just unbelievable!‰Û 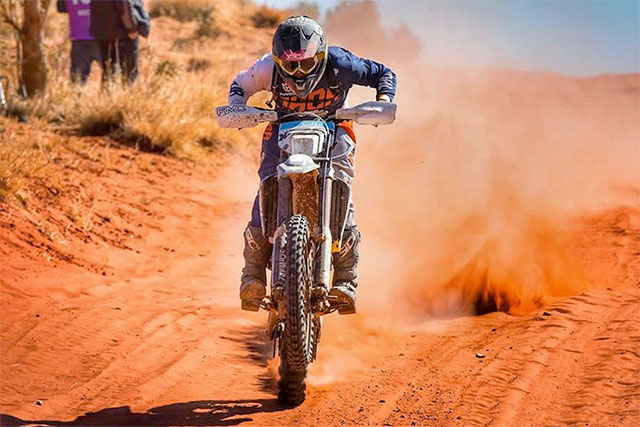 Twenty-two-year-old Davie made it two Husqvarnas in the top five outright, while his Simford 1800Weldit Husqvarna team mate Kyle Simpson (Husqvarna TE 250) added another class win to the Husqvarna tally.

‰ÛÏQualifying fifteenth really didn‰Ûªt help us, but Josh Green got the jump on me in the Prologue and I just couldn‰Ûªt see in the dust," Davie explained. "Sunday I passed five bikes by the time I got to Deep Well, and today was just making up as much ground as I could.

"I think I came through that second checkpont second quickest after Ivan Long, and the rest was smooth sailing. I didn‰Ûªt even see another bike, so it was really good for us. I took off 0.7 of a second away from Todd Smith this morning, and he showed me a wheel in the first couple of corners, but when we got out in the road section, the 500 just pulled away from him, and in the dust he wouldn‰Ûªt have been able to see anything, I wouldn‰Ûªt have thought. Finke seems to suit me a little bit ‰ÛÒ I used to like rougher motocross tracks, so the rougher this track gets the better I seem to go as well.

"The 501 was awesome. I‰Ûªve done it on a Honda and a Sherco 450 before, and by far this is the most comfortable I‰Ûªve ever felt on a bike. With the power you can ride the whoops through the mid-range in sixth or high in the rev range in fifth. And then when you get out in the straights ‰ÛÒ let it eat! It was wicked!‰Û 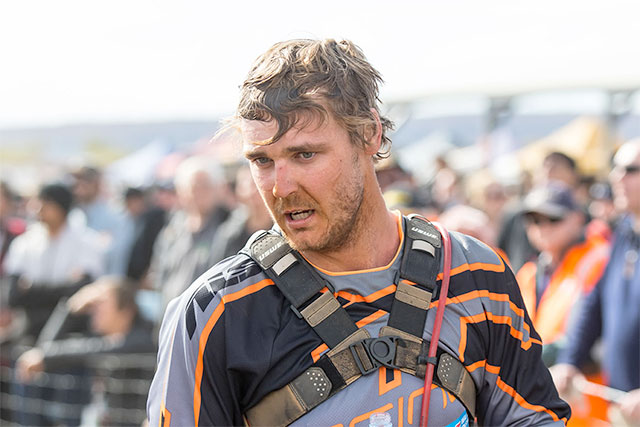 ‰ÛÏI came off pre-running on Wednesday so I hurt my shoulder pretty bad, and when I got back to the 140k mark today and it started caving in a bit and I got passed a couple of times," Hanlan explained. "But I picked it up again and passed those blokes back and had a really good run after that. I passed about four or five people further on, so I had a good run back. The 501 was brilliant. Three years ago I bought my first one, and I‰Ûªm definitely not looking back, that‰Ûªs for sure. They‰Ûªre just so smooth, light and mobile‰Û_ you can move them around to wherever you want to be, and they just seem to tractor through beautifully.‰Û