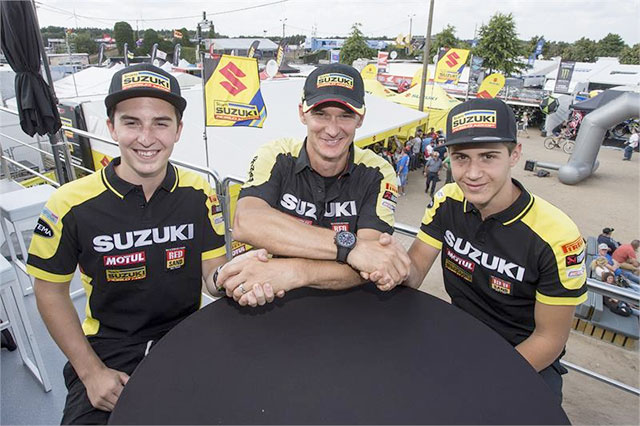 Suzuki has strengthened its strategy for the future and through the establishment of the Team Suzuki World MX2 team as a stage for promoting and developing young talent with a fresh set of alliances for 2017 and beyond.

With current rider Jeremy Seewer second-placed in the FIM world championship standings already slated for a final MX2 term in 2017, and EMX250 European Champion race winner Bas Vaessen also confirmed for the Grand Prix class, Suzuki has signed Australian Hunter Lawrence into the GP structure as a third rider on the RM-Z250.

The Antipodean will bring his highly-rated younger brother, Jet Lawrence, slated for European Championship duty, while Suzuki‰Ûªs substantial profile in EMX250 ‰ÛÒ the feeder class to Grand Prix and the final step on the career ladder for MX2 aspirants ‰ÛÒ is boosted by the signature of Zach Pichon (the son of former double 250cc World Champion on the RM250, Mickael Pichon) to continue in the category.

Stefan Everts had already moved to secure Seewer and Vaessen for a potent 2017 MX2 wing, but the addition of 16 year old Lawrence, a winner in EMX250 in just his first season this year - and before he was hit by a right knee injury that prematurely ended his European campaign - only adds more potency.

‰ÛÏAfter Jeremy and Bas, we are very honoured to sign Hunter Lawrence,‰Û 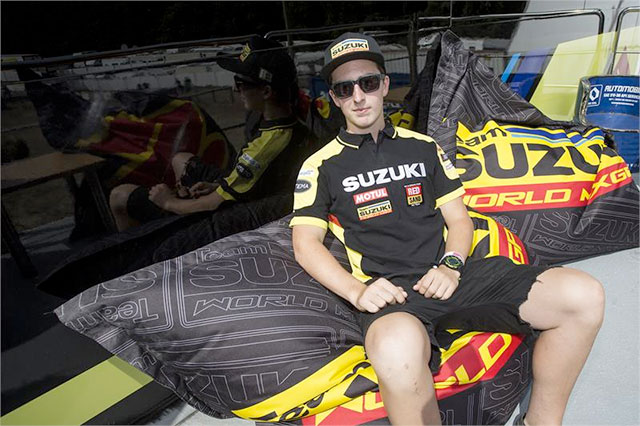 Hunter Lawrence
Zach Pichon has caught the eye this season and in 2015 with his initial forays in EMX125 competition thanks to a speed and style that could well be a family trait. The teenager, who turns 16 at the end of the summer, will contest the highly-competitive 10-round European series as well as dates in Holland and the ADAC MX Masters national championship in Germany.

‰ÛÏThis is a quite a big deal for my family because my father was two-time world champion with Suzuki,‰Û