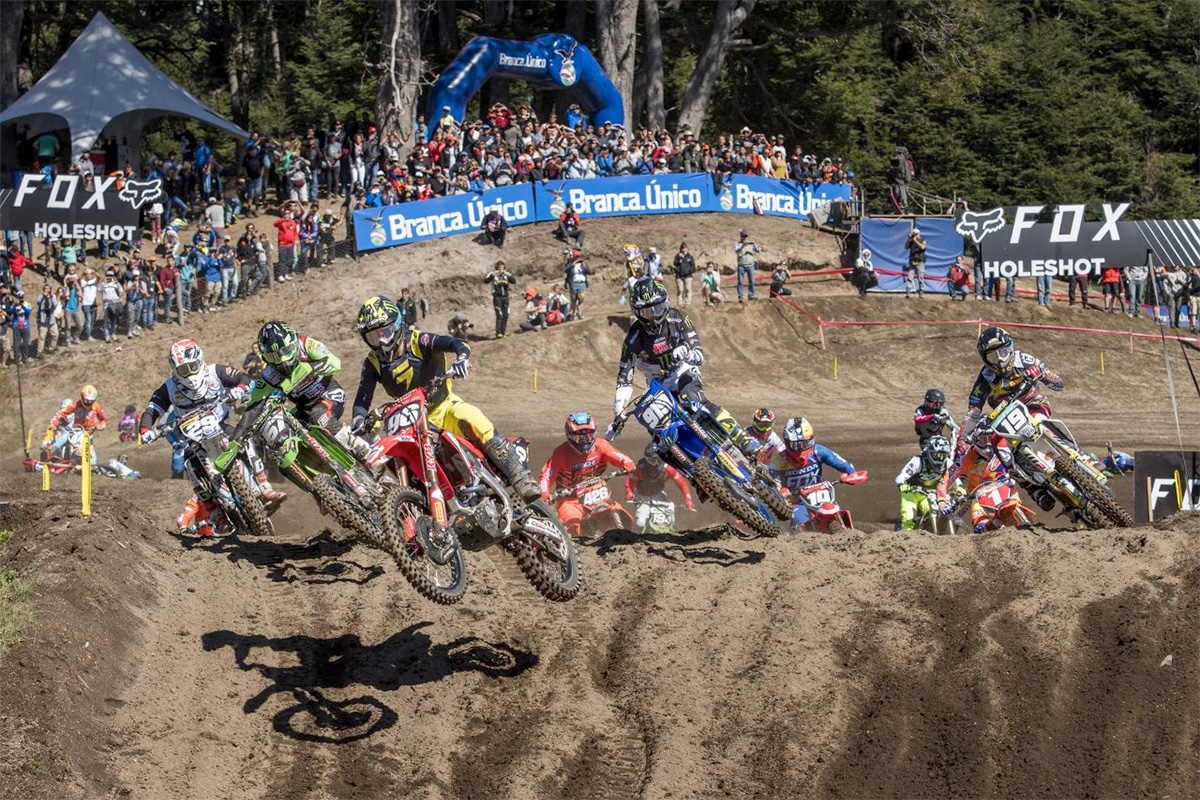 Aussie Hunter Lawrence (96) was on the pace in his MXGP MX2 class debut with Team Honda 114 Motorsports with a holeshot in the opening moto an a solid third place overall.
HHunter Lawrence took third place at the opening round of the 2018 Motocross World Championship in Patagonia, Argentina, giving Team Honda 114 Motorsports a podium in their first ever GP.

KTM's Pauls Jonass took the MX2 class round win ahead of Thomas Kjer-Olsen with, Lawrence third.

Lawrence got the holeshot in the first race and despite dropping to second halfway through, it still gave him a good platform for moto two. Unfortunately he didn‰Ûªt get quite as good start in the second moto and instead the rider had to fight his way into sixth place, giving him the third step on the podium.

"I'm pretty happy with the weekend, we have a lot of positives to take out of this weekend," the Australian reflected. "It would have been nice to get the win but it‰Ûªs not my favourite track so I can‰Ûªt be too disappointed. I prefer more technical tracks than this one as it was high speed and a bit flat but we know what we need to change and sort out and make sure I‰Ûªm 100% for the rest of the rounds.

"It was a good start to the year though; third overall on a bad day isn‰Ûªt too bad. I‰Ûªm looking forward to getting back to Europe and having a safe journey home," he concluded. 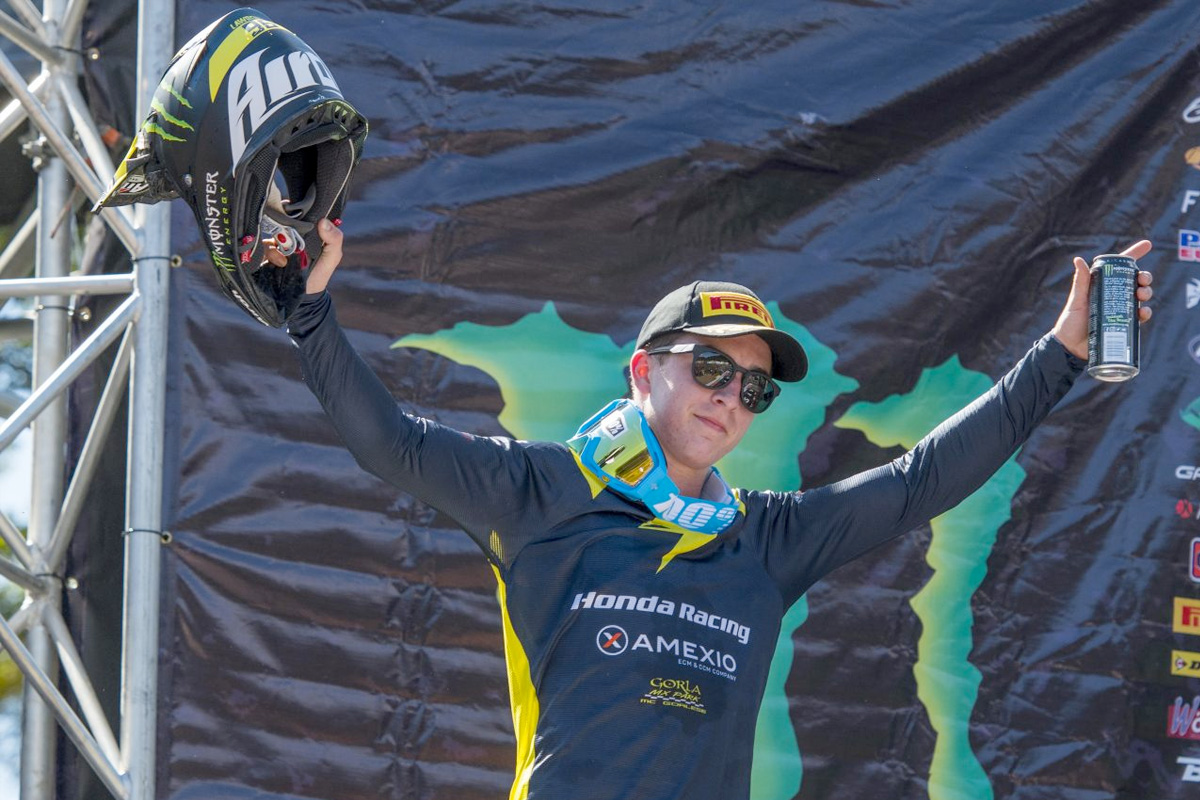 Hunter Lawrence on the podium at the 2018 MX2 Motocross World Championship opener.