Hot Gossip, Australia to host a round of the Motocross World Championship in 2020? 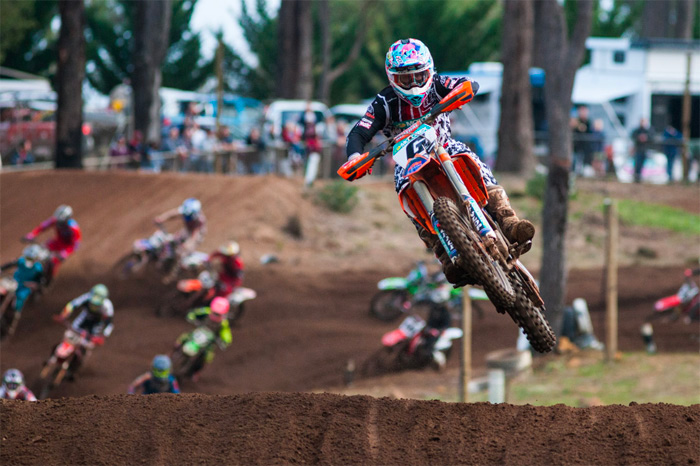 Kirk Gibbs at the tough Cosy Creek Circuit circuit at Manjimup.
Hot word around the paddock at the MXGP of Great Britain was that Australia may once again host a round of the Motocross World Championship in 2020 in Perth, WA.

Prominant and long time West Australian promoter Willie Thomson attended the round and reportaly mentioned to the crowd that that a round will be held early in the season, possibly March.

While anyhing is a long way from official it would be safe to say that the famous Cosy Creek Circuit circuit at Manjimup would be the obvious venue.

Manjimup has long been the venue for the historic Manjimup 1500 and also hosted the Motocross of Nations in 1992 that saw the American team take victory.

Australia last hosted a round of the World Championship, known as the World 500cc Motocross Grand Prix, back on March 19 2000 at Broadford in Victoria.

Local riders selected for the event, which was the opening round, included Chad Reed, Craig Anderson, Daryl Hurley, Michael Byrne, and the late Andrew McFarlane.

There have also been rumblings about Horsham hosting a round after the success of the World Junior Championshoip last August.